Maintaining a time-honored tradition, we're a little late with the December calendar, which we expect to have up tomorrow. 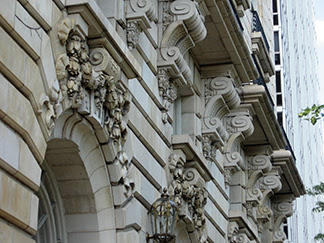 So here's a heads-up that at 12:15 p.m., today, December 1st, in the Millennium Room of the Chicago Cultural Center, Friends of Downtown is sponsoring a talk by Stephen Monz on the life and work of architect Benjamin Marshall, whose work includes such buildings as the Drake and Blackstone hotels, and 1550 North State Parkway. 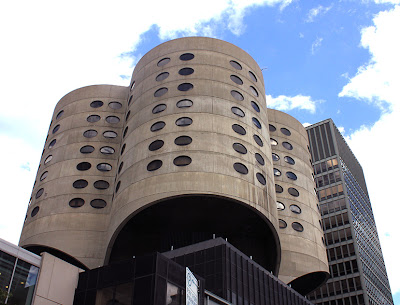 Thursday is also the day, 12:45 p.m., in the Council Chambers of City Hall, 121 N. LaSalle, for the monthly meeting of the Commission on Chicago Landmarks, which continues to be nowhere to be found in the battle to save Bertrand Goldberg's gravely endangered Prentice Hospital, but has an agenda item proposing landmark designation for the Art Deco DuSable High School at 49th and Wabash.  No landmarks report on the structure has been posted yet, but there's an informative piece on the building by Lee Bey here.