In his new memoirs, Designing Buildings to Burn, Stanley Tigerman writes of an encounter between Buckminster Fuller and Chicago architect Charles Murphy, Jr., regarding the rough-hewn skyscraper now known as the Daley Center. 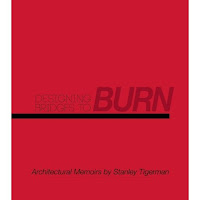 Fascinated by the long-span high-rise structure that had been designed by Jacques Brownson of the Murphy organization, Fuller asked Murphy not what the building cost per square foot, but what it weighed per square foot.  Murphy's puzzled expression told the story; he had never perceived a building in those terms, whereas Fuller, not trying to put down Murphy, merely wanted to ascertain the building's value so that he could measure it against other structures built in a like fashion.

Tigerman adds that Fuller's question was decades ahead of its time, but not much later Fuller was asking a variation of the same question of Norman Foster, and although the British architect was also taken aback, his reaction was quite different.  He was completely intrigued by Fuller's investigation of minimizing structure and "working with nature".  Not only did those questions become hallmarks of his work, but Foster also entered into a working relationship with Fuller that ending only with Fuller's death in 1983.  Last year, Foster paid tribute to Fuller by recreating his pathbreaking 1933 Dymaxion car.

Fuller's irreverent and probing question has now become the title of a documentary, How Much Does Your Building Weigh, Mr. Foster?, that's coming back to the Gene Siskel Film Center, 164 North State, for two encore showings, Sunday, November 27th at 3:15 p.m., and Wednesday, November 30th at 6:15 p.m. More information here. 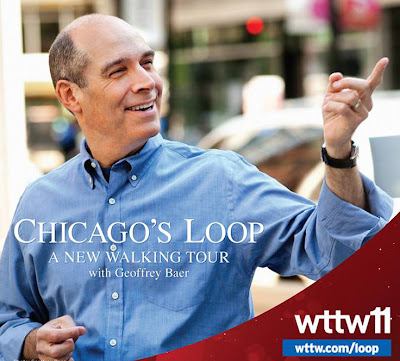 Also on the documentary front, on November 29th at 7:30 p.m., WTTW will be offering up the premier of Chicago's Loop: A New Walking Tour with Geoffrey Baer, including the story of how Bruce Graham illustrated the design for Sears (Willis) Tower as he "picked up a fistful of cigarettes and extended some of them from his hand in a staggered profile" (Fazlur Khan didn't smoke). There'll be a number of repeat showings throughout early December. More information, and a trailer, here.

(I really need to be starting on an iPhone app.)

There's a lot more to Chicago architectural beauty than he ever deigns to put an effort into sharing.

Let's get out of the Loop and off of the Lakefront.