Chicago Historic Schools: A Great new Website documents over a century of vital buildings and their architects

I was out in Humboldt Park over the weekend taking pictures of John Ronan's new addition to Erie Elementary Charter School - which I hope to write about tomorrow, in time for the school's Thursday Open Doors Benefit and Open House and Reception -  when, just in the next block, I encountered the splendid 1884-1893 Alexander von Humboldt Elementary . . . 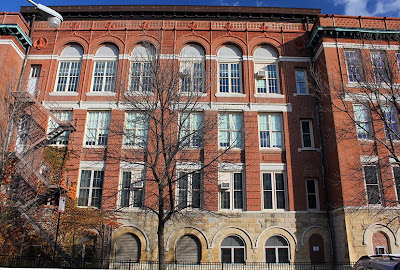 Renovated as recently as 2008, the structure now stands empty, one of the 54 schools closed this year by Chicago Mayor Rahm Emanuel.  Searching on Google for more information, I came across this informative history of von Humboldt on Chicago Historic Schools, a site I had never encountered before. 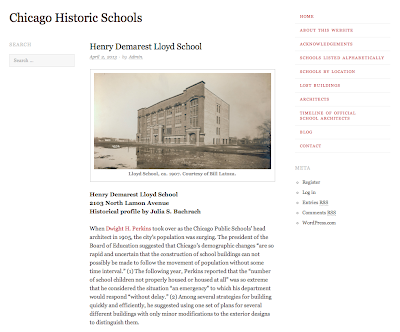 
A group of passionate historians and architects produced this website; they are not affiliated with Chicago Public Schools.

The schools they document represent some of the most important architecture in the city.  Few may make the standard architectural guidebooks, but they are both very fine buildings in their own right, and the kind of structural anchors that define the character of their respective neighborhoods.  They are time capsules of Chicago's architectural and social history, and Chicago Historic Schools fills out their stories to a depth not previously available. 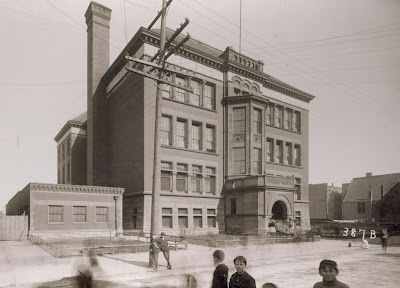 There's also profiles of  22 school district architects, from the somewhat well known Dwight Perkins, a member of the Steinway Hall gang whose innovative work including such schools as Graeme Stewart, Trumbell and Schurz.  The facade of his former office across the Water Tower survives today as an upscale fashion boutique. 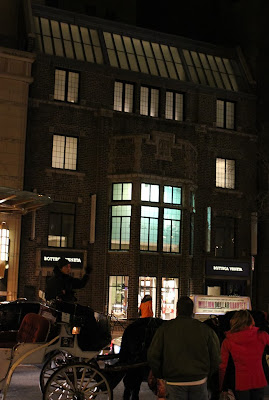 Far more rare are profiles of 22 school district architects from Louis Sullivan's mentor, John H. Edelmann, to August Bauer, Frederick Baumann, Paul Gerhardt and more. If it consisted of nothing more than these architectural biographies, Chicago Historic Schools would be an invaluable website.

There are currently 24 structures on Chicago Historic Schools, with more to be added in the future.  There are also pages on three lost buildings.   Two of the existing schools on the site - von Humboldt and Perkins's Trumbull - now stand empty as part of this year's great wave of closings.  The advocacy of the “passionate” group producing Chicago Historic Schools  has not only produced a great addition to the record of Chicago's architectural heritage, but their advocacy stands to increase awareness of the irreplaceable value of vital, historic structures that are increasingly being treated as  disposable.

Very interesting site. Thanks for the heads-up.