Work has been going on at the new Chicago Riverwalk, stretching along the south bank from State Street to Wacker, since early this year.   The armada of tour and pleasure boats have been circumventing construction barges all summer, as first the old concrete walkways were demolished, and new pilings put in for the expanded walkway. 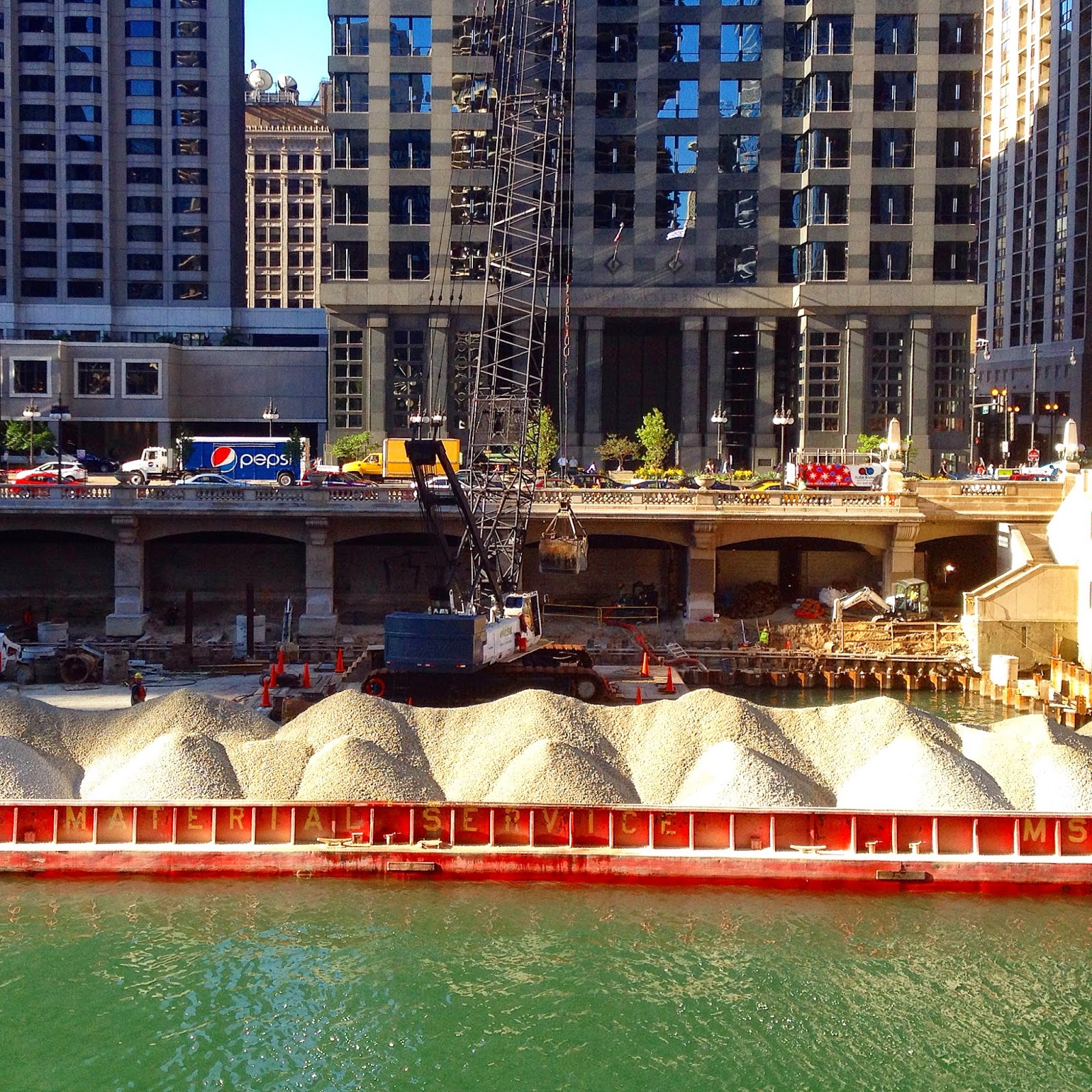 After the new edges were constructed, then came the gravel - mountains of it - to create new river landfill. 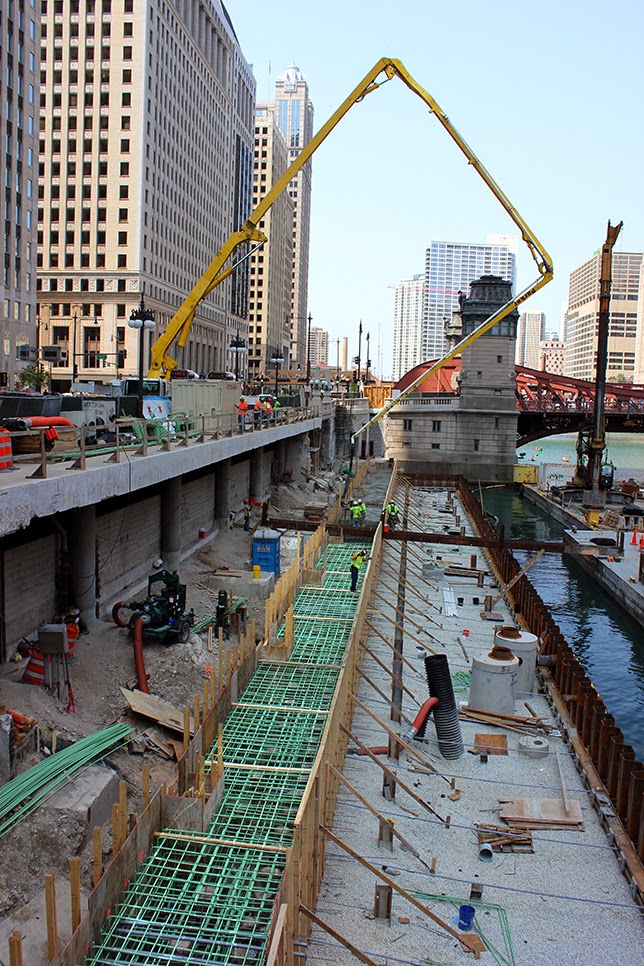 After the gravel, the rebar. 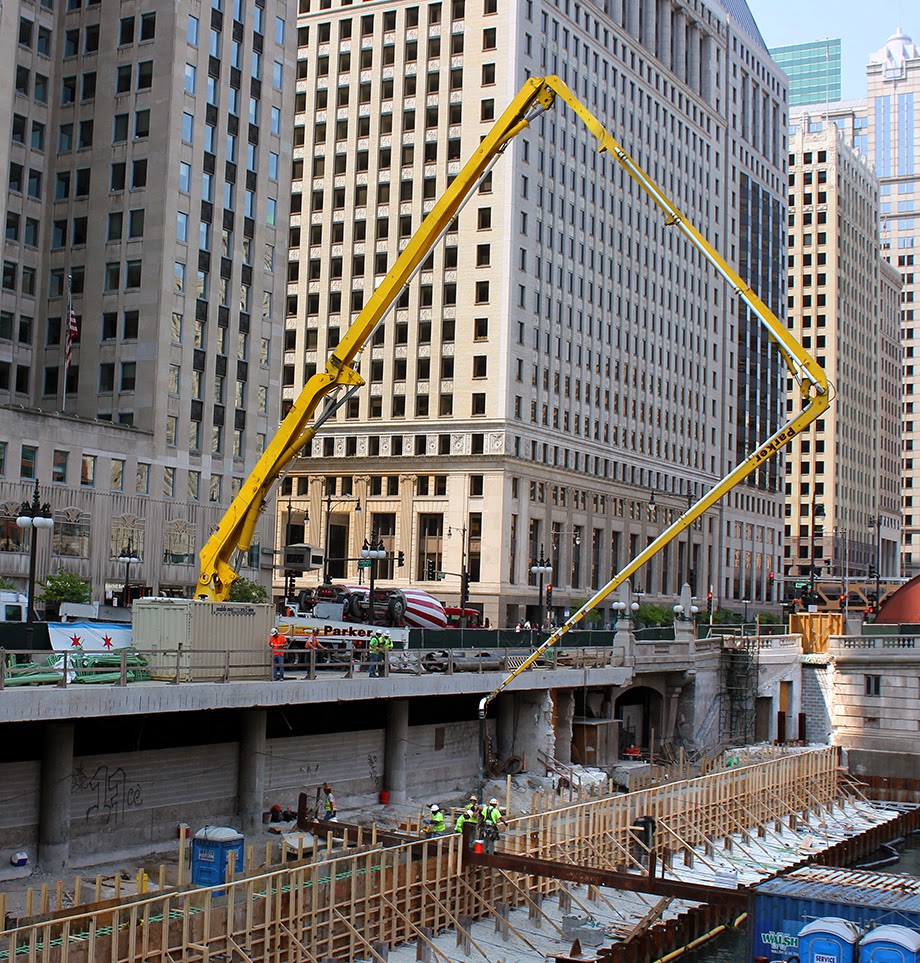 And now this weekend, the towering yellow concrete pipes were put in place along Wacker, pumping concrete down to the Riverwalk below. 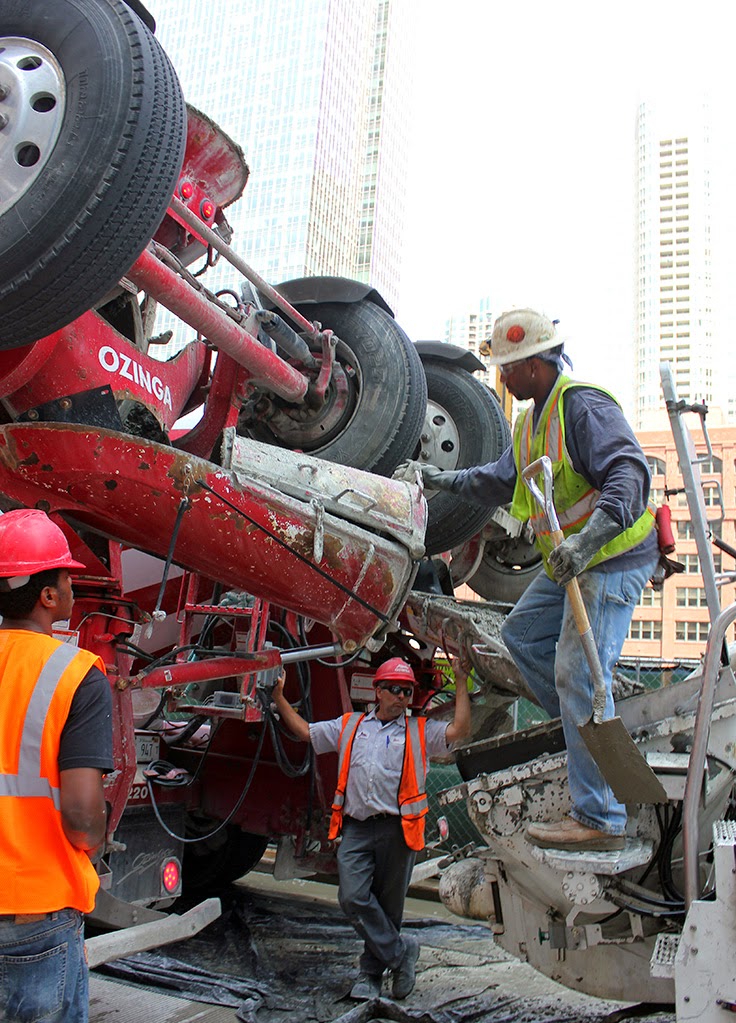 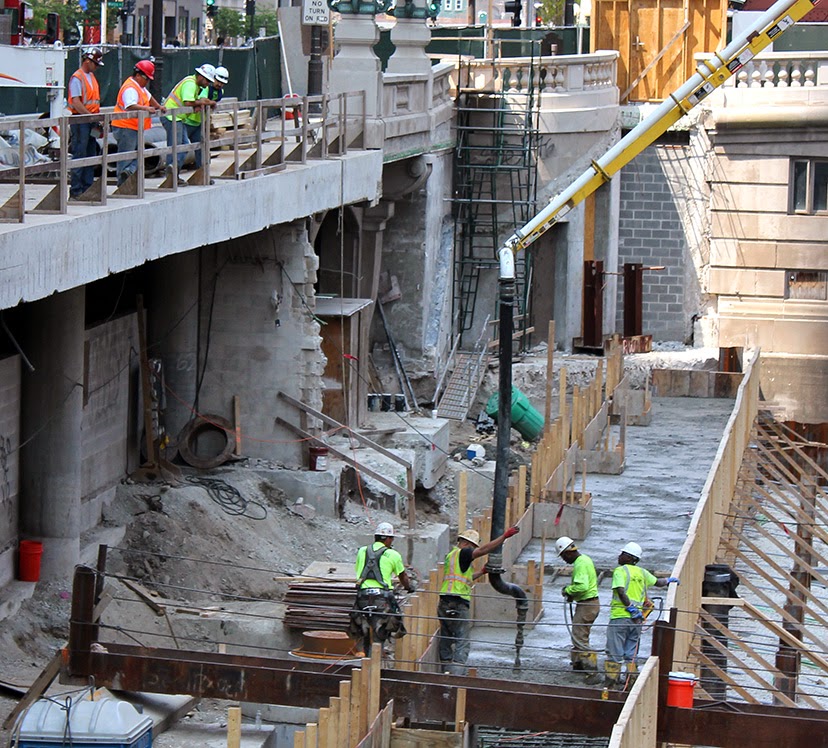 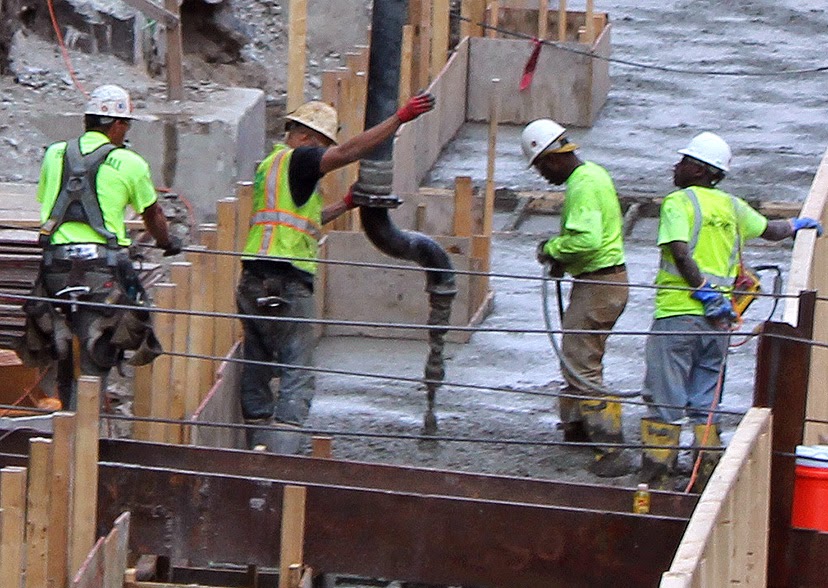 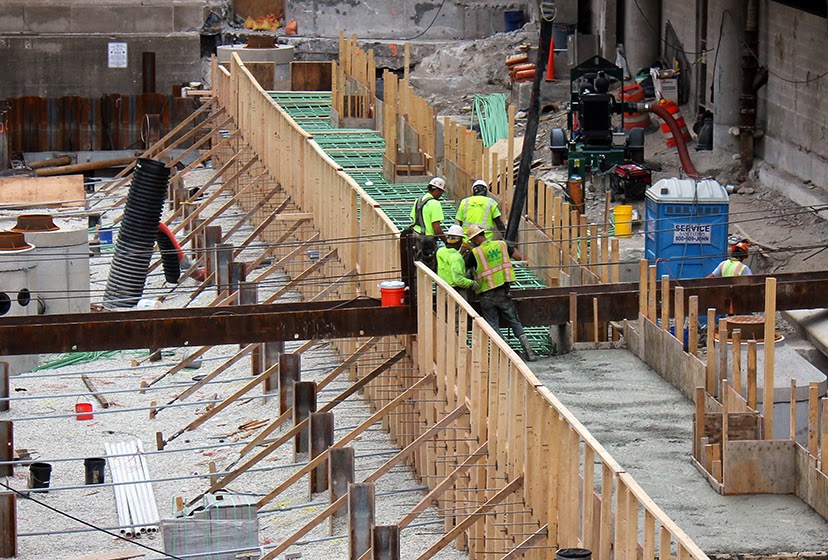 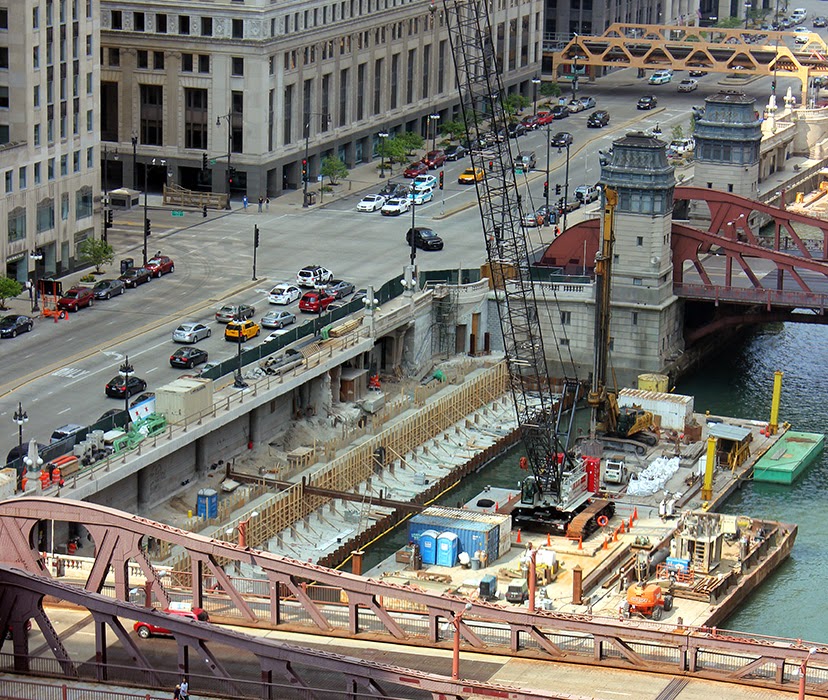 The project has a budget of $90 to $100 million dollars, financed by loan guarantees from the U.S. Department of Transportation, with the money to be paid back (from where has yet to be determined) over 30 years.  A collaboration between CDOT, Ross Barney Architects, and Sasaki Associates, each block of the riverwalk has its own design scheme.   The block between Clark and LaSalle was called The Theater.  Chicago Department of Transportation Manager has described it “as kind of Chicago's Spanish Steps, if you will.  We'll have this great big grand stairwell that comes down to the river, and then gently cutting throughout the stairways is a nice ramp so if you have a wheelchair, or if you have a child in the stroller, you'll be able to come from up to down.” 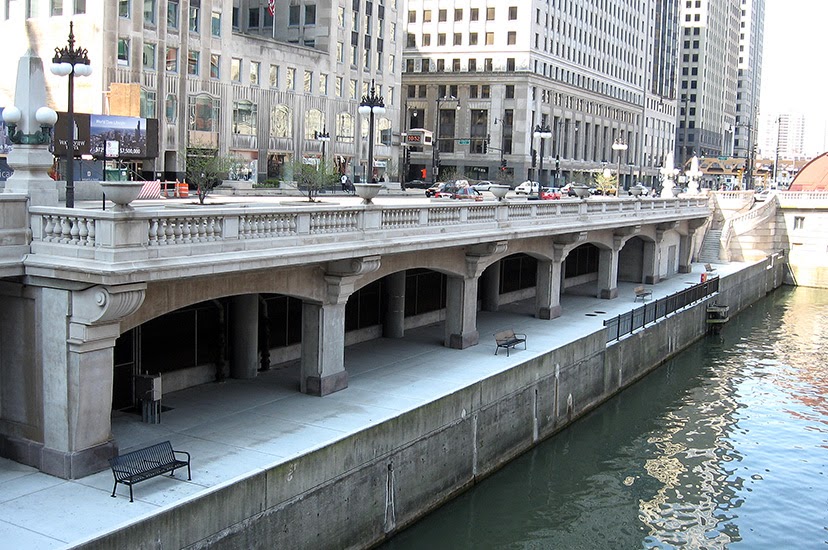 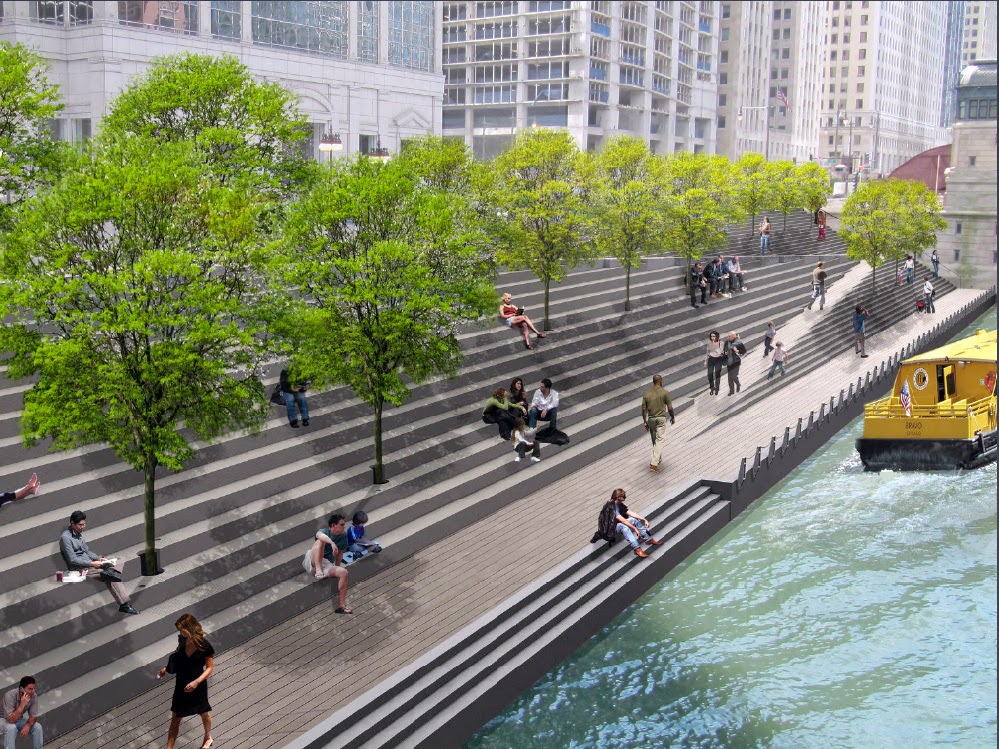 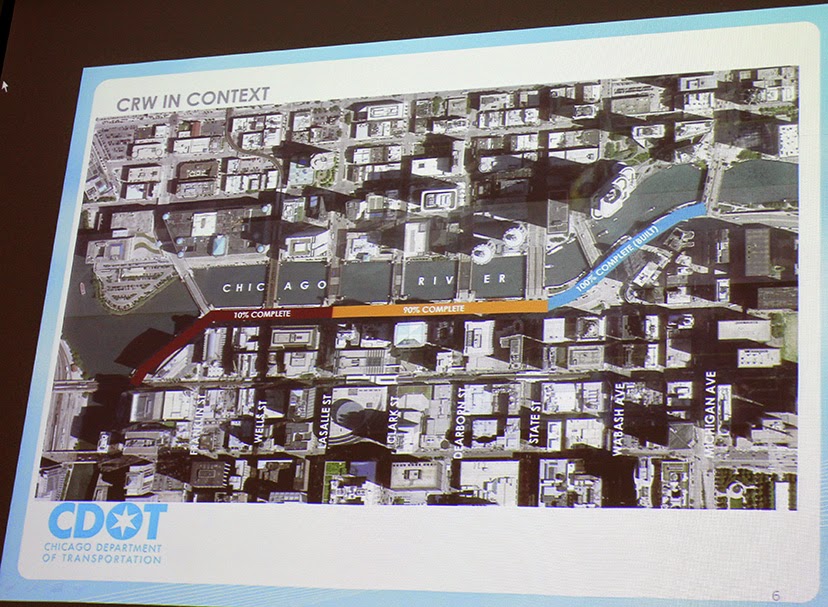 Part One - Introduction and Block One: The Marina

Part Two - Opera on the River? (or Maybe just some jazz)

Nice post. We've been watching the construction all year from our offices in the Reid-Murdoch building. Isn't the rendering from the Dearborn-Clark segment?

According to the CDOT website, the Dearborn to Clark segment is "The Cove", depicted in the rendering accompanying the link to Part Two - Opera on the River? above.

I am concerned about the blended stair/ramp at the River Theater block. These are rather dangerous and definitely not ADA compliant. Was this discussed at any of the public meetings?