Up on the Rooftop - Night and Art at Marina City with Luftwerk, soon to light Mies van der Rohe's Farnsworth House

Saturday night marked another showing of the work of Luftwerk light sculptors Petra Bachmaier and Sean Gallero.
A large crowd made the trek up to the 60th floor rooftop of the west tower of Bertrand Goldberg's iconic Marina City to see a projection of  Luftwerk's geometric transformations wrapping around almost the entire circumference of the tall round service core that punctuates the top of each tower. 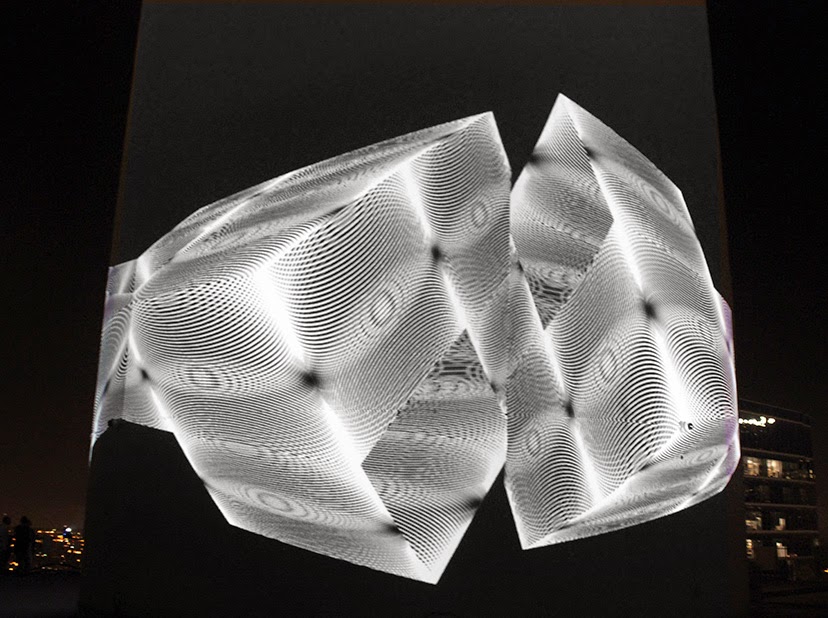 The presentation had major competition from the nighttime cityscape of Chicago stretching in all directions far into the horizon. 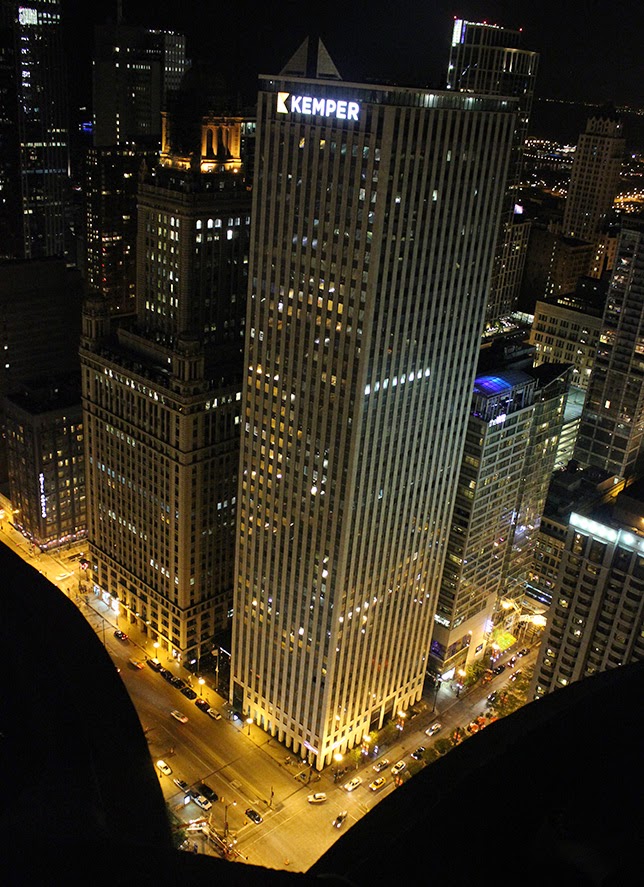 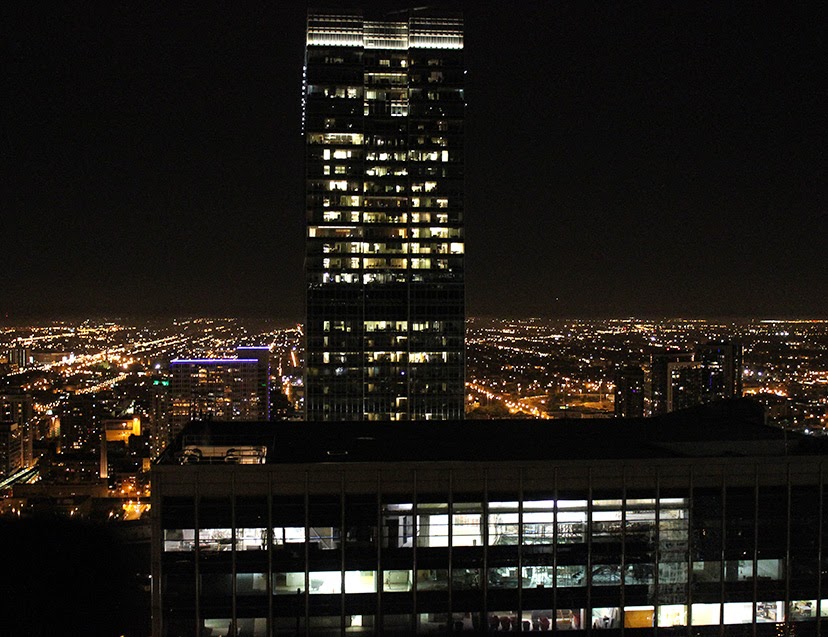 But then again, there was more than enough time to enjoy both. 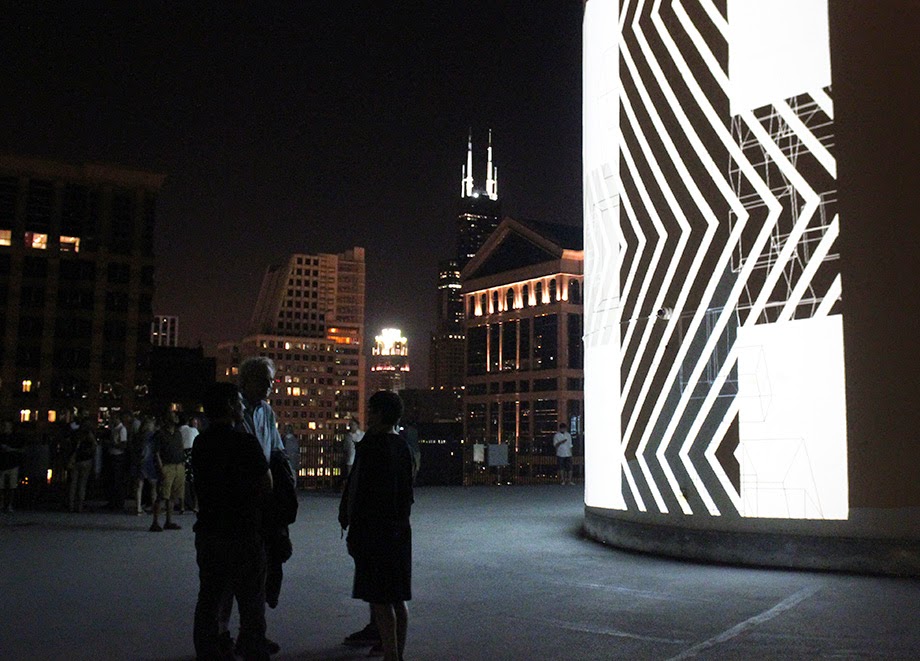 Luftwerk has two other major projects coming up.  On September 17th to 20th, Couch Place, the theater district alley that runs between State and Dearborn behind the Ford Oriental Theater will be the site for the Chicago Loop Alliance sponsored FLOW/Im Fluss . . . 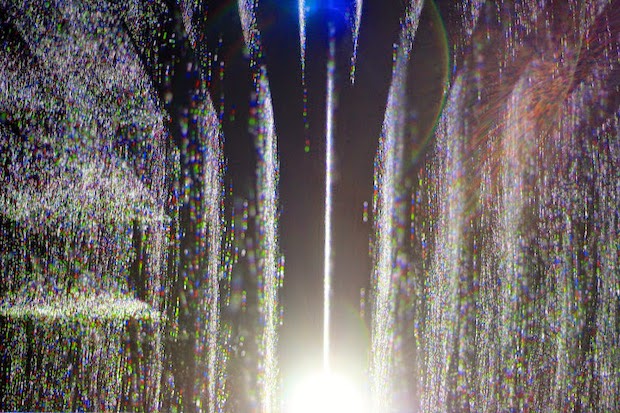 Inspired by the element of water and its all-encompassing connectivity, Luftwerk’s FLOW/Im Fluss visualizes the characteristics of the Chicago River and Hamburg’s River Elbe through video compositions projected on water screens.

The installation celebrates the 20th anniversary of the Sister Cities relationship between Chicago and Hamburg. (And since it's the Elbe and not the Rhine, you don't have to look for any shiny gold rings to grab at, or fear being pulled under by some river maidens with a funny sense of fun.)

There will also be performances of Birgit Uhler's Traces, for trumpet, radio, speaker, objects and tape feeds each night the FLOW/Im Fluss is on display.
Then on October 17th, through the 20th, Mies van der Rohe's Farnsworth House in suburban Plano will be the focus for INsite, in which Luftwerk will transform the iconic structure “into a canvas of light and sound, featuring original music by percussionist Owen Clayton Condon and curated by Steve Dietz.”  Tickets are $100.00 ($200.00 for opening night), which may seem a bit steep until you realize that it includes transportation from Chicago to the Farnsworth House and back, a trip of 58 miles each way. 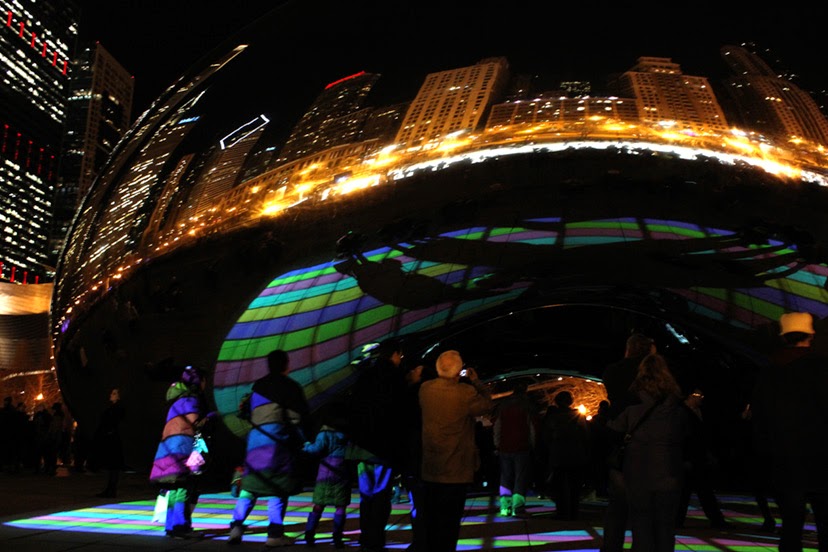 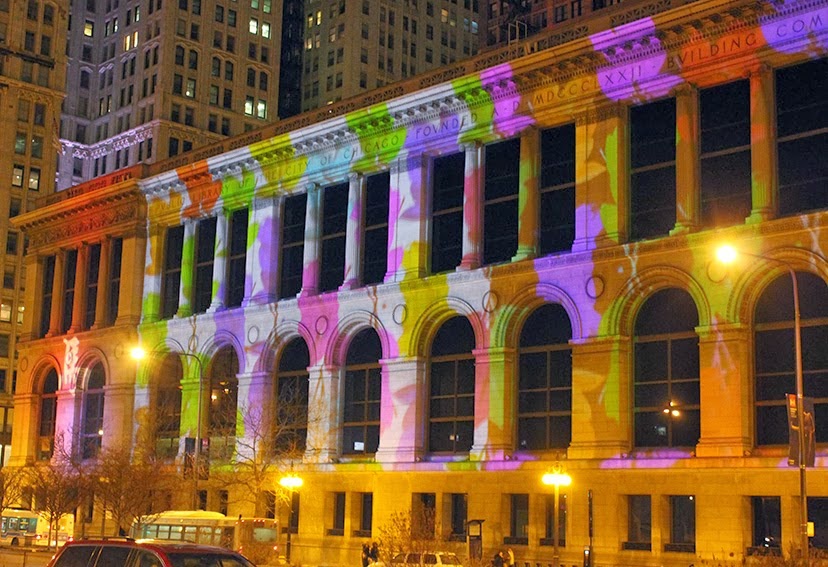 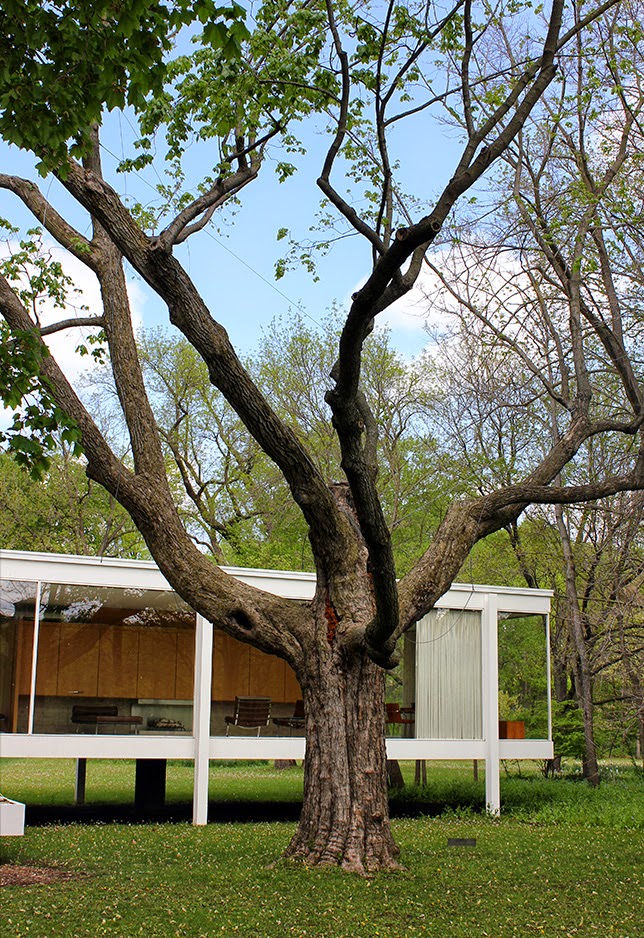 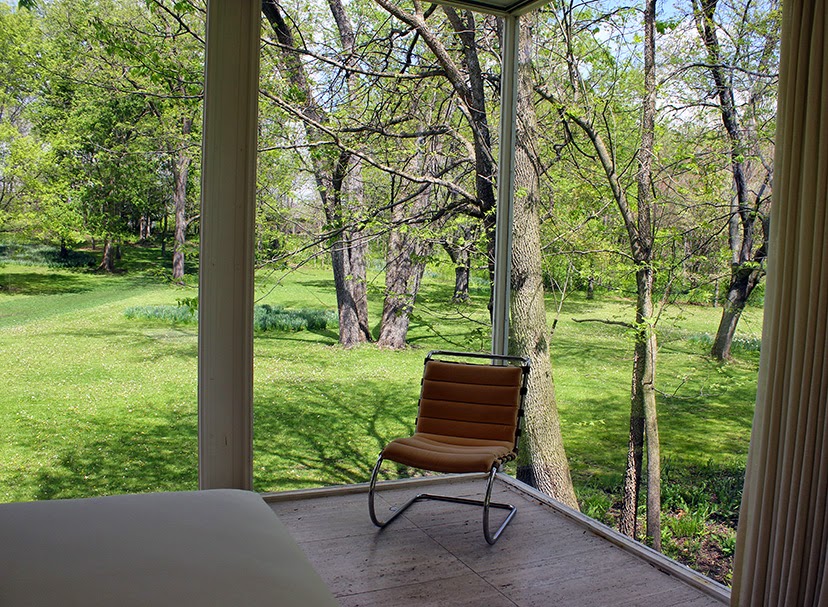