Since William Wrigley first started his empire using chewing gum to sell baking powder, the story of the William Wrigley Company, and its role in defining Chicago architecture has been an epic one, and now there's a new O-Henry-like twist.

The ornate cream terra-cotta towers of the Wrigley Building, with its gleaming floodlit night time presence (although a bit dimmer of late) anchoring the foot of Michigan Avenue, have been among the most iconic structures in Chicago for almost a century.  After the huge Mars Candy corporation dumped the building after it acquired the William Wrigley Company and moved out all the employees to Goose Island, however, it didn't have much commercial value.  Shorn of its anchor tenant, with a derelict plaza between the towers and interiors often lightly maintained down through the decades, the nearly half-million square foot property sold for a bargain basement $33 million back in 2011.

Since then, the owners have done a gut rehab of the interior . . . 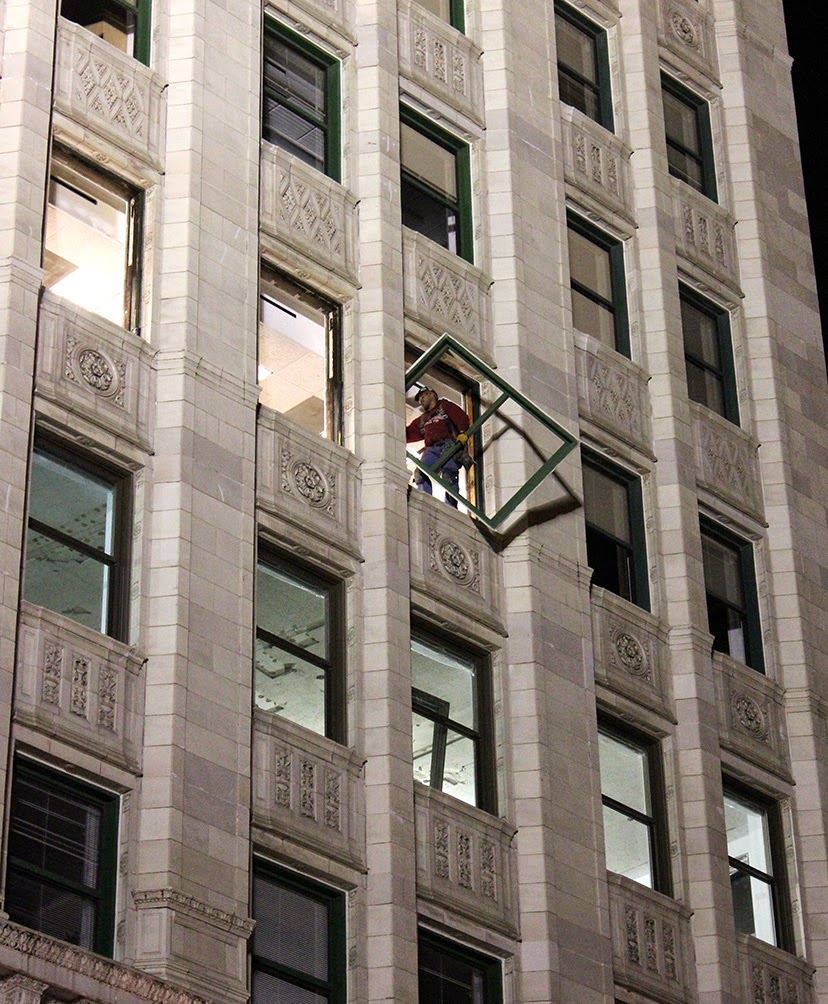 . . .  and hired Goettsch Partners to do a bang-up restoration of the plaza between the Wrigley Building and the Wrigley Annex . . . 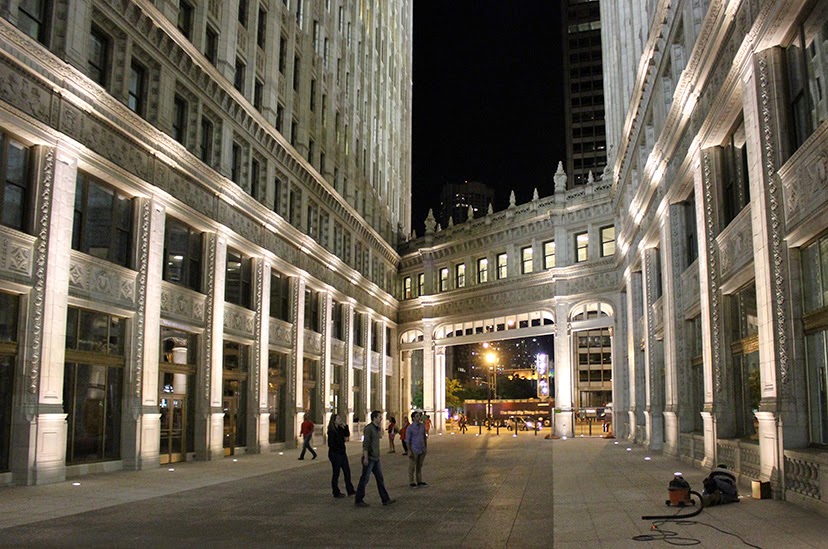 And just months ago, a shiny new, two-story Walgreen's opened in the Wrigley Building Annex. 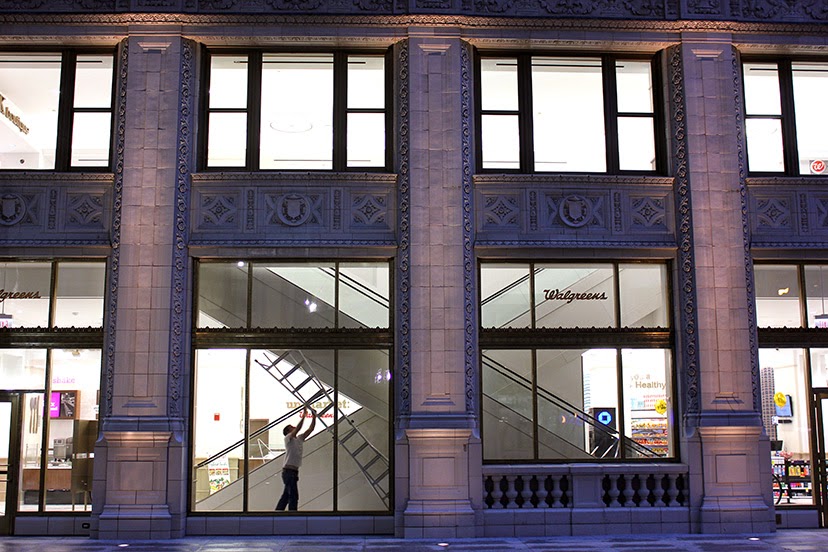 Almost an afterthought, the original 2011 deal included a site a block to the north that the Wrigley Company also owned and had leased to the Downtown Court Club to construct a massive new sports facility. Now that seemingly sideshow property is about to provide a windfall that will exceed that $33 million purchase price for the both the Wrigley buildings and the athletic club location.  Ryan Ori of Crain's Chicago Business is reporting that the owners, BDT Capital Partners LLC, in the process of demolishing what became the Lake Shore Athletic Club building for a surface parking lot, are about to sell the site for an estimated $40 million, more than it cost them to purchase both the Wrigley Building and Annex and the athletic club property only three years ago. 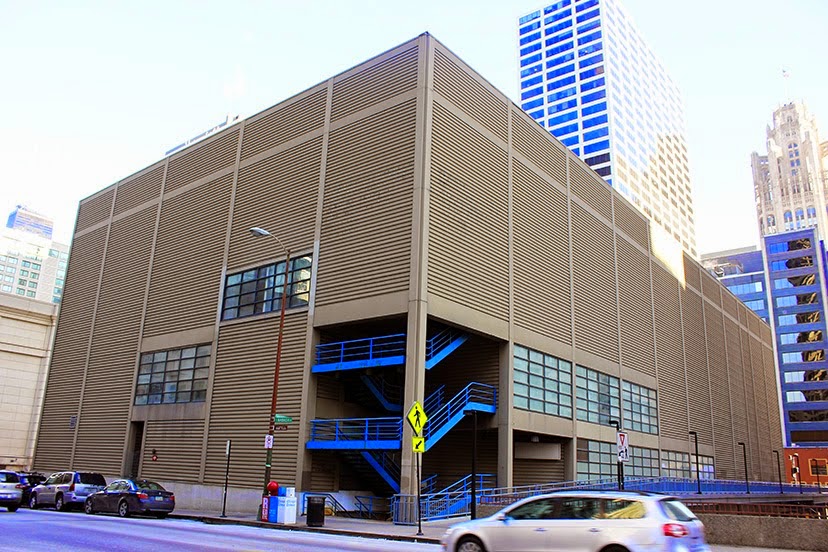 At that price, the property would appear be primed for a huge high-rise development that would justify the purchase price of the lot it's built on.  A location a block off Michigan Avenue would appear to be a limiting factor, but by extending the Plaza of Americas, by replacing the current narrow walkway with a full street decking, would eliminate that isolation and make the new skyscraper appear to be an extension of the Mag Mile.

It's a hell of a  story, and you can read how it's evolved over the last few years in the articles below . . . 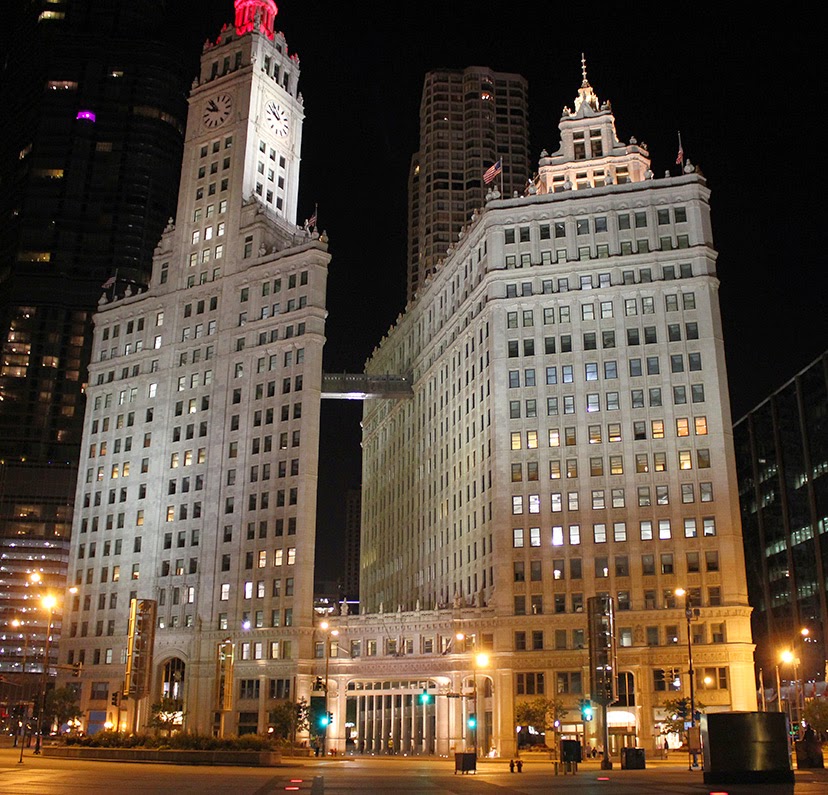 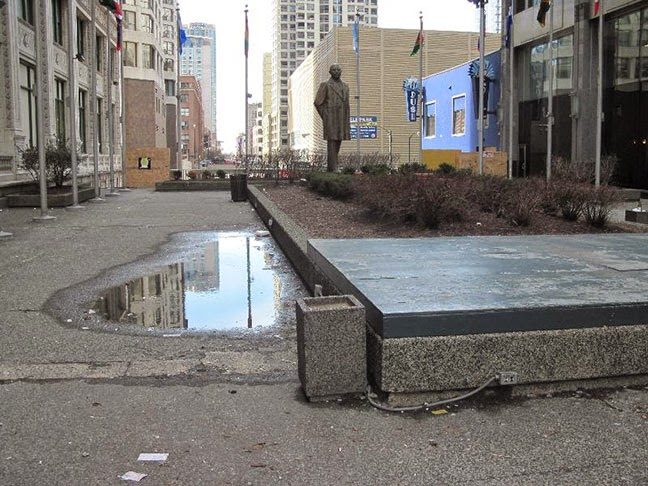 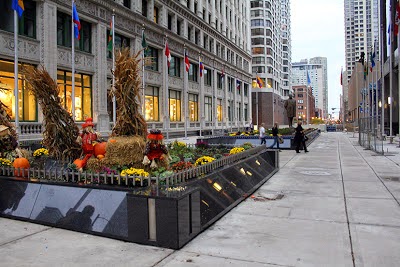 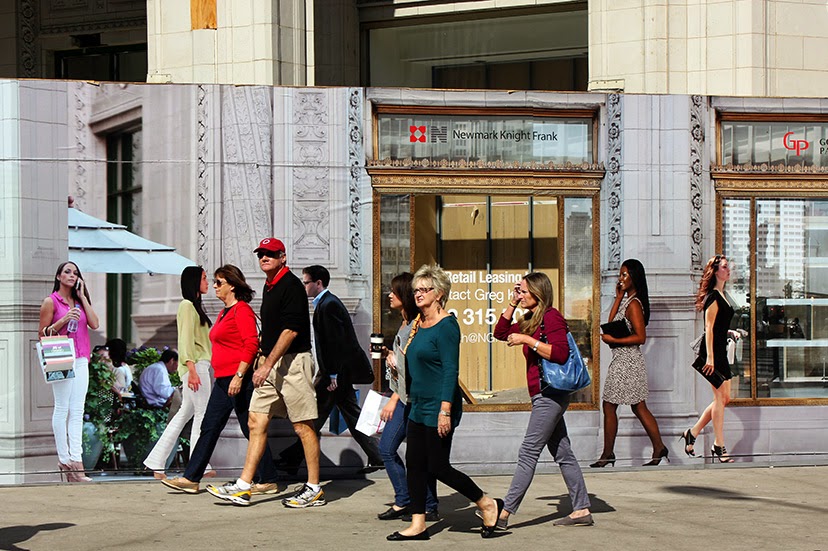 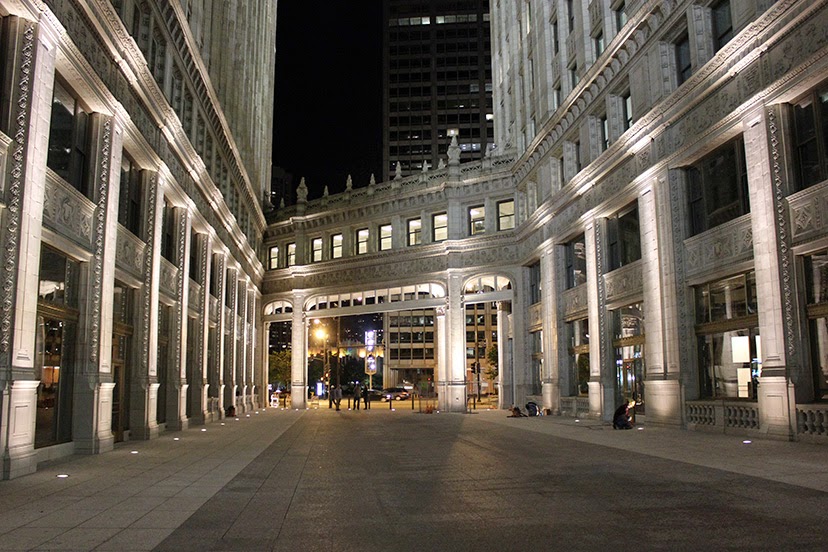 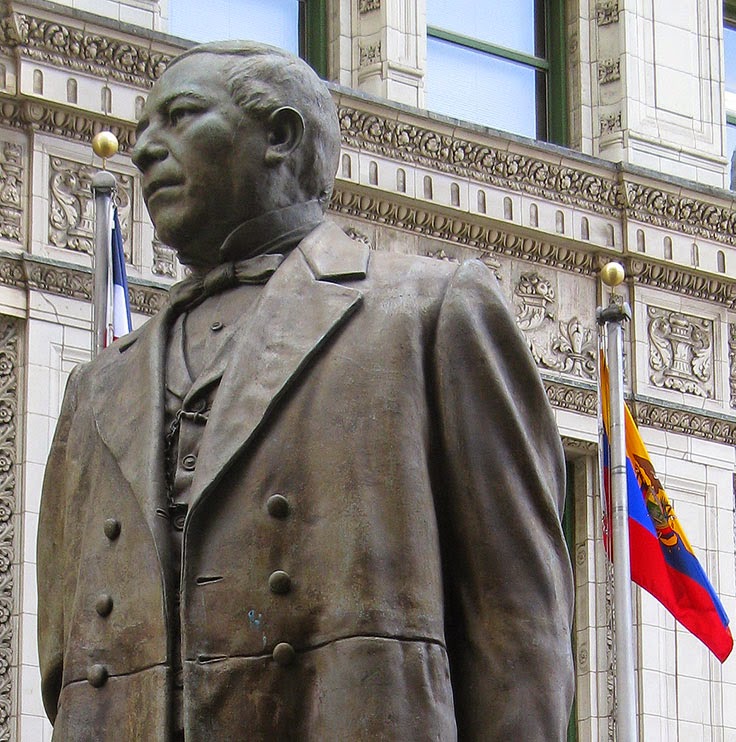 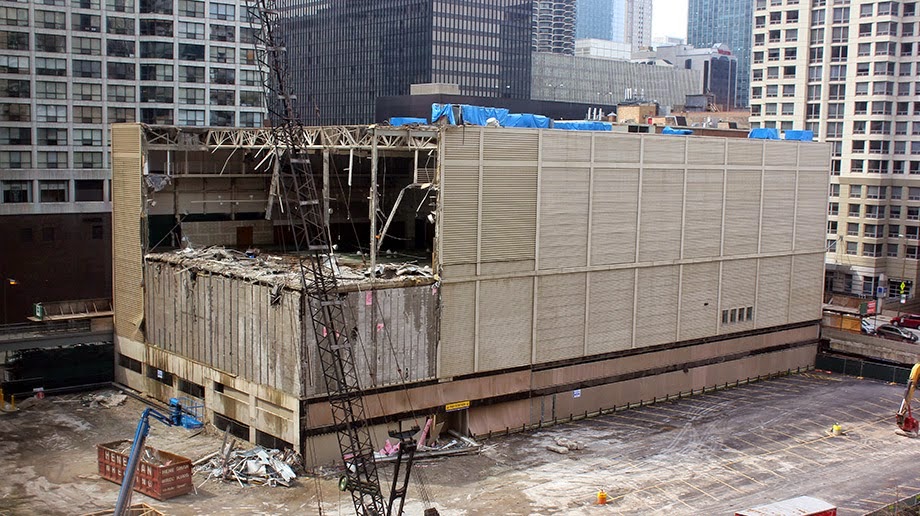 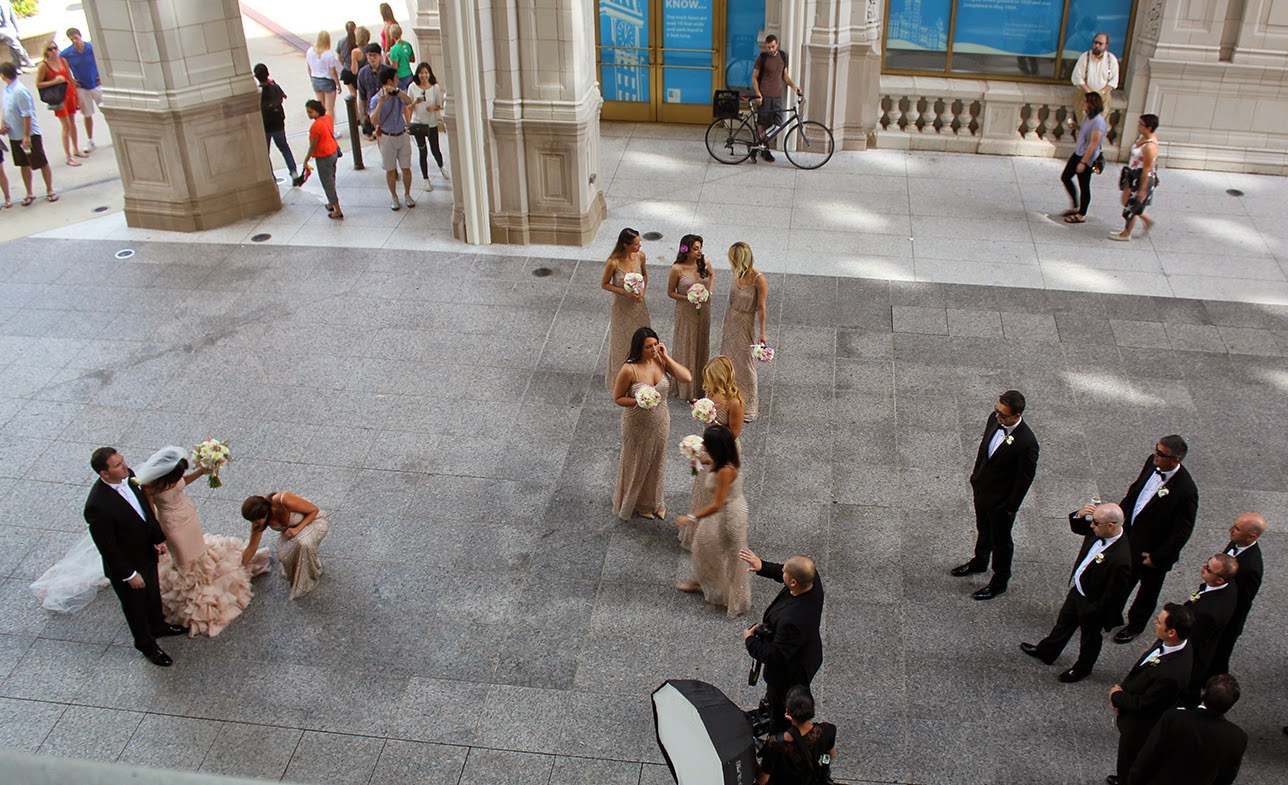