An Irishman Asks, "Can a Building be Jewish?", plus Lois Weisberg to be Honored at Archeworks Commencement 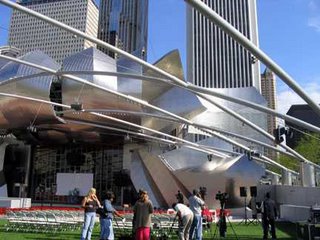 The first four Tuesdays in May, the Spertus Institute will be sponsoring a mini-course, Funny, It Doesn’t Look Jewish An Exploration of Architecture Of, For and Particularly By Jews. a series of noonday lectures, each including a Kosher lunch, by IIT Professor of Architectural History Kevin Harrington, that will explore the questions of "How can the structure of a building be analyzed in terms of its Jewishness? Can the symbolic or aesthetic appearance of a building be considered Jewish?" The price is $100.00 for members, $125.00 for non-members, advanced registration required via phone (312.332/1743) or email. More info on the Spertus website. 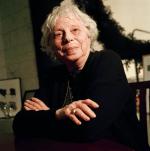 This Sunday, April 30th at 12:00 noon, Archeworks will hold its 2006 commencement, and present the Archeworks Honorary Diploma to Lois Weisberg, Chicago Department of Cultural Affairs Commissioner. She will be honored by Archeworks Co-founders Stanley Tigerman and Eva Maddox. Archeworks will also hold its final critique of projects presented by its students tonight, Wednesday, April 26th, from 5:30 to 8:15 P.M. Archeworks is located at 625 North Kingsbury Street. Get information and/or RSVP online or at 312/867.7254.