Chicago Symphony hits the I spot, and a Farewell to Slava 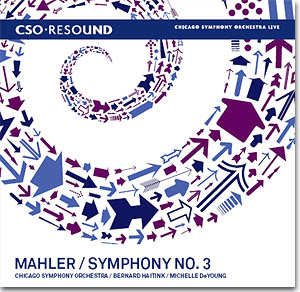 In the last leg of a trifecta that's seen the resumption of concert broadcasts and the creation of Resource, its in-house record label, the Chicago Symphony Orchestra is now hawking its wares for on-line download from Apple I-Tunes. The sole initial offering is a live recording of last fall's splendid performance of the Mahler 3rd, led by newly named Principal Conductor Bernard Haitink. The two-disk CD version, due in stores (what's left of 'em) on May 8th carries a list price of $19.99. The I-Tunes download costs $15.99 for the full work, including downloadable booklet, although, in typically endearing I-Tunes fashion, you can also buy the shorter second, fourth and fifth movements as individual "songs" at 99 cents each.

It's an engaging start for the CSO, which has lagged far behind other major orchestras in taking the plunge into the rapidly changing landscape of classical music distribution. We can only hope the CSO sees the wisdom, economic, promotional and just plain humanitarian, in dipping into its vast recorded storehouse of often amazing historic live performances to offer new temptations for filling up the old I-Pod.

Rostropovich Remembered. Currently, the I-Tunes classical music store is also featuring the music-making of cellist and conductor Mstislav Rostropovich, who died this week one month after celebrating his 80th birthday. Allan Kozinn in today's New York Times has a wonderful appreciation of the several lifetimes that Rostropovich managed to squeeze into his scant 29,000 days on earth - think thirty-works-in-eight-concerts marathons, and his essential role as a courageous dissident laying the groundwork for a free and democratic Russia, at one point providing a home to "non-person" novelist Alexander Solzhenitsyn for four years.

The obituary includes a moving Reuters photograph of Rostropovich from 1989 Berlin. In December of that year Leonard Bernstein would conduct ecstatic celebratory concerts of the Beethoven 9th on both sides of the now undivided city, but here Rostropovich is pictured a month earlier at Checkpoint Charlie, alone, sitting on a simple wireframe chair, playing his cello, as if to himself, before a small group of onlookers. A couple of reporters, cameramen, a distracted girl staring off in another direction, two small boys trying to decide what to make of it all, a young man in a sports jacket, cigarette in hand, leaning against the graffiti-splattered Wall, his head slightly bowed as he listens.

Bernstein had his chorus substitute Freheit - freedom - for Freude - Joy - as he fashioned Beethovens's great ode into a mass explosion of communal feeling, an extraordinary sense of brotherhood, of belonging, of oneness and, however faintly, the dark echo of an increasingly distant time.

Yet it was perhaps Rostropovich's own celebratory offering that proved the more eloquent - that impromptu sidewalk recital, the tiny, random audience that fell in to gawk, then to watch and to listen, revealing the true soul of freedom in the sanctity of the individual, uncollectivized, brought together in quiet congress through the poetry of music.