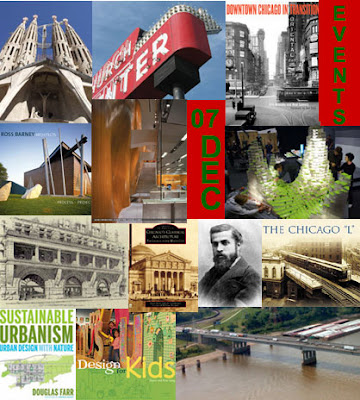 "But they built the cathedral, Clarence - I've seen pictures!" "No, George they never finished that cathedral. They haven't finished it to this day. Remember, you were never born. So there was no one to save him from getting run over by that tram."

George ran the back of his hand across his mouth, as he was prone to do in times of great stress. "I just don't understand, Clarence, I just don't . . . wait a second, 1926. That's when I was working for Mr. Gower! I stopped him from writing that bum prescription that would have poisoned that kid. Goshdarnit, you showed me that yourself, Clarence - why, I was just a kid, myself. And a kid in Bedford Falls, don't forget. My folks wouldn't even let me go to Cleveland. Now how exactly was I supposed to be in Barcelona, Spain, halfway around the world, Clarence, just at the right moment to grab that guy's arm and say, Mr., Señor -however the heck you say it; I don't even speak Spanish, for the love of Pete - Mr. Gaudi, there's a big old streetcar coming, and you need to get out of the way before it slices you up like a Salami. I'm getting a little tired, Clarence, listening to you just - - by golly, don't you think I've been responsible for enough horrible things happening in this town just by my crime of not being born? Do I have to take on the whole gothic hyperboloid weight of Sagrida Familia on my shoulders, too?"

Devout Catholic though he may have been, I've never really equated the great Catalan architect with Father Christmas, but over the last few years he's become a holiday staple on the December calendar as the Gene Siskel Film Center, for the third year, is showing Woman of the Dunes director Hiroshi Teshigahara's 1985 documentary, Antonio Gaudi, the week before Christmas.

The rest of month is shaping up as a mini book festival, with talks and signings at the Prairie Avenue Bookshop, for a new monograph on Carol Ross Barney's work, Doug Farr's new book on Sustainable Urbanism, and the issue of a reprint of Edward R. Garczynski's 1890 book on Adler & Sullivan's Auditorium Building, Over at CAF, there are lunchtime book signings for Greg Borzo's book The Chicago "L", Eric Bronsky and Neal Samors photobook, Chicago in Transition, David Stone's Classical Chicago Architecture, and Peter Exley's Design for Kids.

Elsewhere, new director Sarah Herda is restarting public programs at the Graham Foundation with a lecture by Bjarke Inges at opening of its new exhibition, The Big CPH Experiment, Seven Architectural Species from the Danish Welfare State, while Randall Mattheis of Valeri Dewalt Train will discussing the firm's striking design for Garmin's Michigan Avenue store at a Friends of Downtown lecture, and Jim Peters of Landmarks Illinois will talk about a new survey of architecturally significant buildings on the North Shore covering 1935 to 1975. Glessner House holds its annual Prairie Avenue holiday festival this coming weekend, and there are parties and benefits galore. Check all of the events on the December calendar here.

Hey, are there any renderings of that Garmin store on the web?

you can see some on the AIA site: