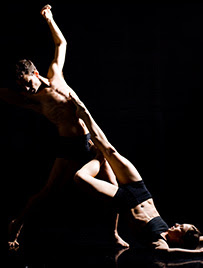 Calendar of Chicago Architectural Events. The Sunday, January 27th program, INNOVATION. In dance AND in design…, will include works by Alejandro Cerrudo, Lucas Crandall and Brian Enos within design elements and spatial environments created by IIT students under the guidance of professor and architect Dirk Denison and HSDC's Jim Vincent. A preview, private performance will take place January 25th for members of the Mies van der Rohe Society (Concrete Level or better), plus IIT students, staff, faculty and HSDC guests.

Frank Lloyd Wright in the 21st Century. Coming up this Friday, January 18th Frank Lloyd Wright Foundation President Phil Allsopp will lecture on this topic at Unity Temple on (At least that's what the postcard I receive on the event says. The website of the Unity Temple Restoration Foundation, as of today, lists the event as taking place on Saturday, January 13th. You may want to call 708/383.8873 to make sure.)

ULI Chicago kicks off 2008 with a January 24th breakfast panel on The O'Hare Modernization Project, while the Commission on Chicago Landmarks has tentatively scheduled a special session on Thursday, January 31st, rumored to involve proposals for the endangered Chicago Athletic Association building at 12 South Michigan.

You can review all the remaining architecture events on the January calendar here.