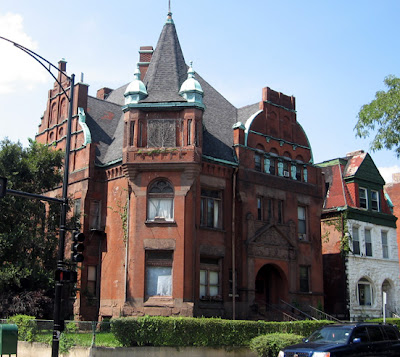 In 1885, when architect William Wilson Clay built the mansion for real estate developer D. Henry Hammer at 3656 south, it was called Grand Boulevard, a great, tree-lined urban processional of prominent houses. According to the AIA Guide to Chicago, it was laid out in 1869 by Frederick Law Olmsted and Calvert Vaux as one of two great boulevards (the other being Drexel Boulevard, a half mile to the east), to link Washington Park in Hyde Park, then a Chicago suburb, with the city proper. 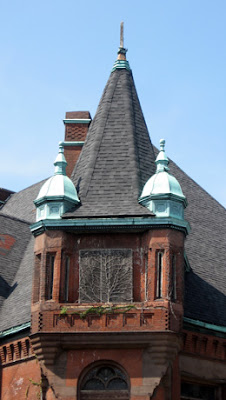 When John T. Long designed the great Richardson Romanesque house of worship that opened a few blocks to the south in 1889, it was called the 41st Street Presbyterian Church. 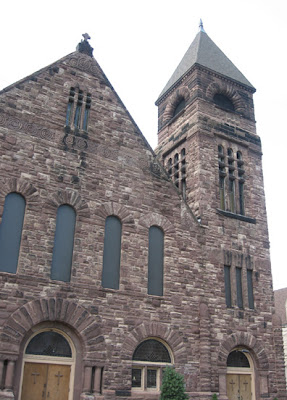 Sometime into the new century, the street was renamed South Park Boulevard. As Afro-Americans came to comprise an increasing share of the neighborhood's population, it would come to be known as Bronzeville, and 41st Street Presbyterian became Metropolitan Apostolic Community Church, whose membership would include Ida B. Wells, Congressman Oscar DePriest, and poet Gwendolyn Brooks. Mahalia Jackson and Nat King Cole sang there. Eleanor Roosevelt spoke there, as did W.E.B. DuBois and Martin Luther King, Jr. Gravely endangered as recently as 2005, the church became a designated Chicago Landmark in 2007.

In 1968, the street was renamed once again, and today it's known as the Dr. Martin Luther King Junior Memorial Drive

Afro-Americans began to create their own history on the street. At Oakwood, there was the Ritz Hotel, home to the famed Grand Terrace Cafe, run by Al Capone, where, beginning in 1928, Earl "Fatha" Hines launched his own big band, which would play at the club for over a decade, moving in 1937 to a New Grand Terrace Cafe in the building on 35th in which the Sunset Cafe had just closed. That structure also still survives and is an official Chicago landmark. Today, although the club remains closed, the building has been converted to condo's. 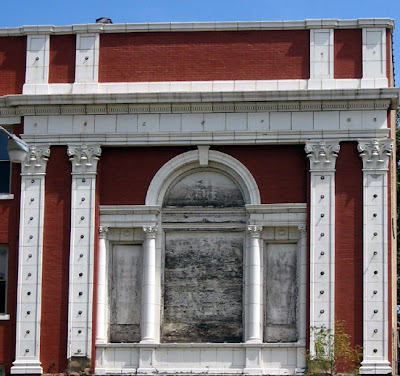 The Ritz was technically at Oakwood Blvd, not 39th. The entrance shown is that of the Grand Oak/Peerless Theater. The club was on the Oakwood side.

Check out http://peoplepowergranny.blogspot.com. I'm requesting folks who live near a MLK street to describe that street. Also vote in my poll about your local MLK Street. There's more than 780 such streets in the USA.