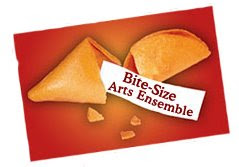 after rummaging through their website and reading their inaugural press release I've come to the - no doubt reductionist - conclusion that their mission is to help artists learn how to work the room and entrepreneurs to work with the creativity of artists . . .

As a training organization, the Ensemble provides access to a variety of performance venues that help both performers and audience members develop fundamental entrepreneurial skills. Performers learn and execute basic business principles through the planning and marketing of shows, and audience members learn how to apply creativity to non-artistic disciplines and ideas.

The five new members the group added last month include a juggler, a film maker, a jazz pianist/composer, a singer-songwriter, and a animator. The promise of meeting the newest 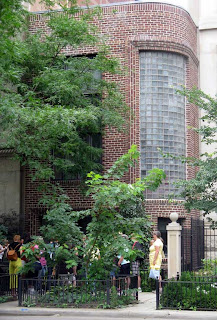 inductees is but one attraction of the groups August 21st benefit.

In addition to food and drinks, you'll have a rare chance to see the inside of the home at 1328 North State Parkway whose roster of residents is as illustrious as the modernist architecture is striking. What was originally a pair of small townhouses was built in 1938 by architect Andrew Rebori as his own residence. Eight years later it was purchased was Lillian Florsheim, who sculptress whose last name came from her marriage to shoe magnate Irving Florsheim.

Lillian then commissioned her son-in-law, who just happened to be architect Bertrand Goldberg of Marina City fame, to bridge the two townhouses with an eight and a 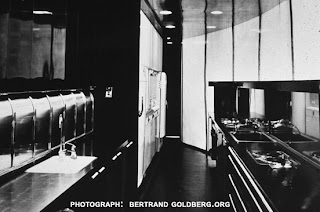 half wide by thirty-foot long kitchen that drew on what Goldberg learned about galley kitchens when he was working on the design of rail cars. The kitchen is suspended from a pair of I-beams that span the courtyard, and was enclosed in a fiberglass screen. After Lillian's death in 1988, Goldberg, himself, along with his wife Nancy, Lillian's daughter, took up residence in the house.

After Goldberg's death in 1997, the house was sold out of the family, and in 2006 Chicago Magazine quoted the latest owners' intentions to use the house "to reinvent the salon." Hence the film maker, animator, musicians and juggler.

While the Bite-Size Ensemble will definitely accept more (support levels range all the way up to Wild Rhubarb Visionary, $10,000 and up), the tariff for getting an inside view of Rebori's and Goldberg's handiwork is a mere $89.00, with two time slots, 5:30 to 7:00 P.M., and 7:30 to 9:00, both on Thursday, August 21st. You can see more information and reserve tickets here.