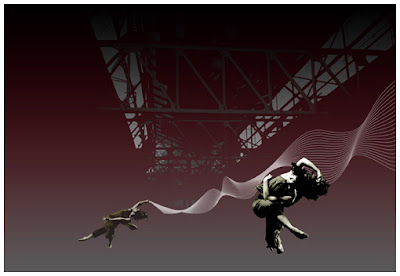 This weekend, the Chicago dance company The Seldoms will be presenting two performances of Convergence, set in installations created by architect Joel Huffman in a 17,000 square foot vacant garage. As described by the company, Convergence:

. . . explores the relationship between movement and architecture featuring choreographed episodes interacting with four architectural installations, representing position, enclosure, proximity and compression. As the audience and performers move within and around the installations, their movement will be digitally captured via motion sensors and cameras, simultaneously translated into a visual organic representation and then transferred onto the garage’s 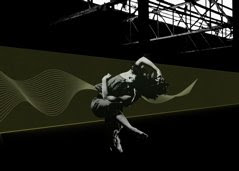 architectural surfaces and enclosures adding an additional visual layer to this performance. The dance, choreographed by artistic director Carrie Hanson and performed by eleven dancers in five different areas throughout the garage, including an existing cargo container, will reveal the body’s capacity to interact within these dynamic environments while affecting and inscribing the space.

Other Convergence contributors are media designer Peter Gogarty and fashion designer Lara Miller. Performances will take place this weekend at 2300 South Archer - Friday, September 12th at 7 P.M. and Saturday, September 13th at 8:30. A donation of $20.00 is suggested for tickets, which can be purchased at the door. A benefit gala, including food, beverages, and live music by Chicago's Hello Dave, will take place beginning at 7 P.M. on Saturday, with a suggested of $75.00 for ticket, two for $100.00. Information: 312.328.0303 or on-line.
(Click on time for permalink) 9:44 PM