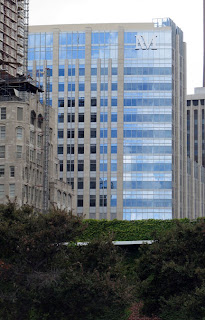 SOM, but O'Donnell, Wicklund, Pigozzi & Peterson (OWP&P to you) has had a major impact on Chicago's cityscape, designing schools (Northside College Prep), hospitals (Advocate Lutheran General) and shopping centers (The Shops at North Bridge, thankfully no longer a Westfield Shoppingtowne).

Working both as architects-of-record (for Cesar Pelli's Ratner Athletic Center at the U of C), and design principals (the new Northwestern Prentice Women's Hospital, with VOA), OWP&P has been a major part of Chicago's architectural scene. Under current leader John Syvertsen, it's been a major contributor to 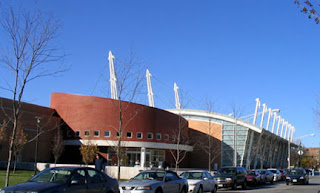 sustainable architecture in the city, creating "green" for public schools and police stations, and playing a major role in the creation of Chicago's award-winning Green Home program.

Tonight, OWP&P's 300+ employees and a few close friends will be celebrating their 50th anniversary with a big blow-out at Wrigley Square at Millennium Park, which the firm helped reconstruct. The weather forecast calls for clear skies and warming temperatures, perfect for basking in their own handiwork, a key part of Chicago's new, now world-famous front yard. Congrats, and best wishes to everyone at OWP&P. 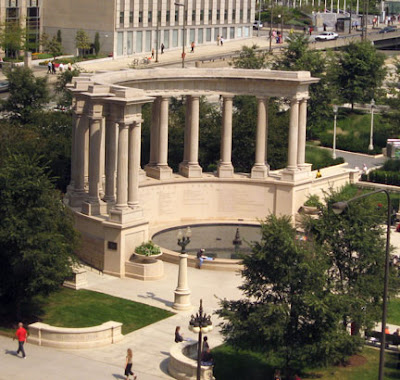