March from the Scaffold continues on State 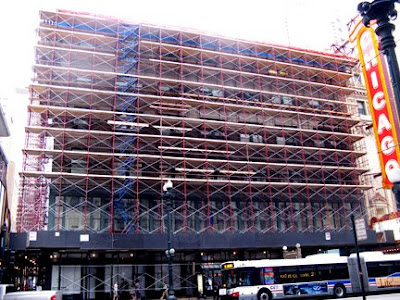 Between the crackdown on terra cotta facade repair and the construction boom just ended, sometimes it seemed like every other block in the Loop was clad in ugly scaffolding that obscured buildings and made walking down the street feel like passing through a series of constricted, steel-tubed gauntlets. 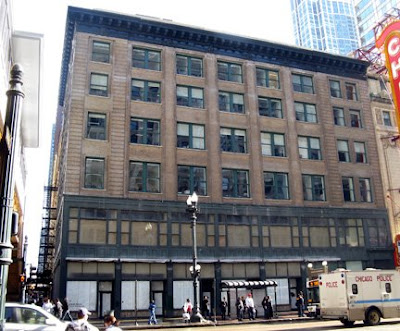 Slowly, the scaffolds are receding and the streetscape restored. The latest unveiling is at the 1872 Page Brothers Building next to the Chicago Theatre, where it seemed the structure had been obscured forever.

The cast iron facade, the work of John M. Van Osdel, Chicago's first real architect, is the last one surviving in the Loop, and the Corinthian columns and stamped ornament is a time capsule back to an era before State Street was that Great Street, and it was Lake Street, soon to be cast down in shadowed gloom with the construction of the Loop "L", that was the city's premiere shopping avenue. 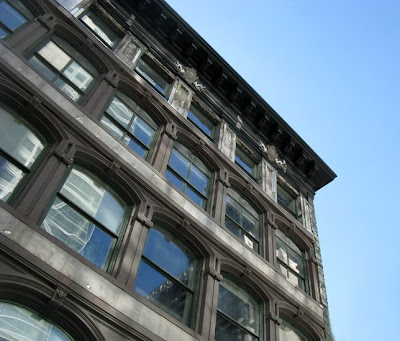 Strange thing about scaffolding, though. As soon as you think you've stuffed it back into the tube, it seems always to find a way to pop out somewhere else, in this case the First National/Bank One/Chase Tower, shrouding an entire half-block in the usual dispiriting plywood and pipe motley. 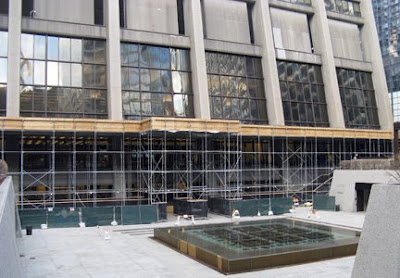 Anyone have a before picture? I don't know, it doesn't seem like they did such a great job restoring the building, or maybe it just needs to be washed.

Market driven development is what has destroyed most of historic buildings, and will continue to do so in the future. I totally agree with this. everything has been demolished and replaced. Sad but true.