Yeah, I guess I should be getting the updates in a bit sooner.

The good news: I've added two great new events to the June calendar. The bad news: they're both sold out (although, since they're free, I should probably just say they're "full up"). However, in both cases, there are alternative ways for you to check our their subjects.

At the Graham Foundation Monday night, June 21st, Igor Marjanovic and Katerina Rüedi Ray will talk about - and 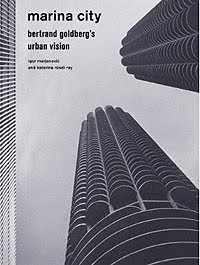 sign copies of - their excellent new book, Marina City: Bertrand Goldberg’s Urban Vision. Monday's event is waitlisted, but you can always pick up a copy of the book, itself, which I highly recommend. Richly illustrated with photographs and drawings, it's a fascinating look at the origins, creation, and controversies of Bertrand Goldberg's iconic complex, which challenged the then dominant Miesian aesthetic. (One of the great stories is how, among other things, Mies's IBM Building was supposedly constructed to block the view of Marina City from Michigan Avenue.)

On Wednesday, there's another great event that's you won't be able to see unless you've already made reservations, a showing at the Chicago Architecture Foundation of the video production Beyond the Motor City, which documents Detroit at the crossroads between the auto economy and creating a more sustainable urban center using mass transit. If you can't get into CAF, you can also watch the full documentary, albeit at a substantially smaller screen size, here.

Two great tours that, as of now, you can still sign up for:

Chicago's Unexpected Urban Oases - On Saturday, June 26th, from 8:30 a.m., to 2:00 p.m., Ernest Wong, Founder and Principal of Site Design Group, will lead a tour of three of the firm’s award-winning urban parks: the Park at 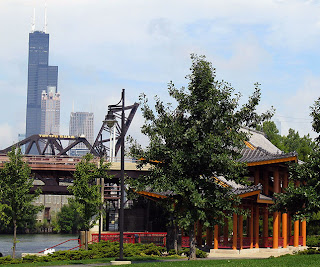 Lakeshore East, Stearns Quarry Environmental Park in Bridgeport, transformed from an old stone quarry into a sustainable park with wetland terraces, native plants, and a fishing pond, and finally Ping Tom Memorial Park, along the south branch of the Chicago River. The tour, $40.00 for CAF members, $50.00 for non-members, includes a Chinese buffet lunch under the pagoda, and you can register for it here. 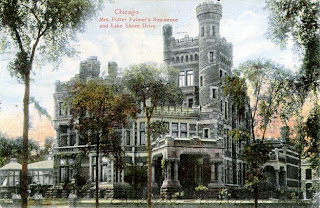 up "a walking tour of unusual Gold Coast sites (and the old City Cemetery). Visit the excavation of the Potter Palmer Castle's disposal site."

Who knows? Maybe you'll come across that diamond that slipped Mrs. Palmer's finger and rolled behind the wainscoting. Information on-line. For reservations, contact historian Sally Kalmbach, author of another excellent book that I'll get around to writing about sooner or later - The Jewel of the Gold Coast: Mrs. Potter Palmer's Chicago - at 773/868.9096 or via email.

There are still over a dozen great events on June architectural calendar, including a lunchtime lecture this Wednesday at CAF by Gary Gand on the new book Julius Shulman: Chicago Mid-Century Modernism. Check them all out here.

I'm interested to know why, at the expansion of the Ping Tom Memorial Park, the multiple 100-year old trees were all taken down. It would make more sense to attempt to include a few of them in the plan of the new space...

Anonymous: The site is a brownfield site therefore requiring soil to be moved around, and the larger trees were not 100 years old, they are weedy cottonwoods. The new plan calls for a more native landscaping palette.