On one level, it's not really a fair fight, since Jens Jensen, though he lived to 91, has actually been been dead since 1951, but Jensen's legacy and idea's remain very much alive, so why not put them up against those of one of the today's most prominent park designers? 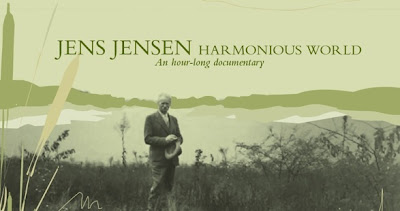 This Thursday, September 23rd,  there will be a 7:00 p.m. screening of a new documentary, Jens Jensen: Harmonious World, at the Garfield Park Conservatory, 300 North Central Park.

Jensen was actually born September 13th in dat ole Dybbøl, Denmark, coming to the United States in 1884, but at 6:00 p.m., on Wednesday, September 29th, there'll be a 150th birthday blowout at the Jensen-designed Humboldt Park Boathouse, 1359 N. Sacramento.  Park District Historian Julia S. Bachrach will lecture on Humboldt Park: Jens Jensen's Living Laboratory, and BauerLatoza prinicipal and Commission on Chicago Landmarks member Edward Torrez will talk on The Boathouse Then and Now, and his firm's Driehaus-award-winning 2002 restoration.

Meanwhile, across town the same evening, also at 6:00 p.m., Michael Van Valkenburgh, who has been chosen to design the renovation of North Grant Park, will kick off the IIT College of Architecture's fall lecture series by discussing Recent Parks and Projects in the Public Realm.

It would have been great to hear these two men square off against each other - where's Dr. Brown's DeLorean when you need it?  - but unless you're able to teleport yourself, you're going to have to chose just one.  Both events are free and open to the public 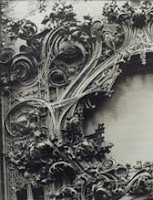 And a reminder that this Saturday, September 25th is  Preservation Chicago's fall benefit at the spectacularly restored Sears Power House, now Charles H. Shaw Technology Center, including a silent auction for such goodies as 5 days/4 nights at a luxury Californian Tower Home, Power House Photos by Darris Lee Harris, Laura Lombardi Jewelry, and an original negative of a Richard Nickel photo of ornament from Louis Sullivan's Carson Pirie Scott building.

These events are among two dozen still to come in the last nine days of this month.  Check out all the details in the September Calendar of Chicago architectural events.

We appreciate the mention of our Jensen film. As we are still in production, the event at Garfield is about the process of making the film and the importance of Jens Jensen. Carey Lundin, Director