The Death of the Newspaper: Here, Let me Help 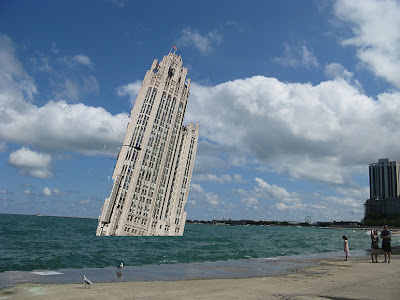 click images for larger view (and apologies to Stanley Tigerman)

I knew it was coming.  The announcement was made last fall.

Still, it was with a bit of rue that I opened my home delivery bill from the Chicago Tribune to find that charges have more than doubled - up 122%, the latest brainstorm from company management, and proof that gross stupidity didn't leave the building with Sam Zell.  No explanation on the bill, just a message about how much I must be enjoying the "additional 40 pages of weekly coverage,"  every one of those pages costing me more than a nickle each.  What a bargain.  Somehow I don't recall the Trib dropping the rates when they shrank the physical size of the paper several times over the last decade or so.

If any more proof were needed of the complete contempt in which the Tribune holds its subscribers, consider this:
When I tried to log on the website, I was told that my email - the same email at which the Tribune has been sending me bills the last eight years - was "not found.  Please try again.  Your frustration amuses us no end."

OK, I guess that's what they wanted. The automated voice instructs "If you wish to discontinue you service, Press 4." With a complete lack of confidence that anything good will come out of it, I press 4,  only to find that at the Tribune, not even being an automaton exposes you to working overtime.  A different automated voice scurries on to say, "Please call back during normal working hours."

Which apparently will be another grim experience I'm not looking forward to.  On a website called Customer Service Scoreboard, Chicago Tribune customer service is ranked 425 out of 525 companies, qualifying it for the official designation "Terrible".  Comments posted:147 negative, 1 positive.

The negative replies get a canned response titled "Official company reply".  Which doesn't exactly raise your expectations, for good reason . . .


Good afternoon, my name is Autumn Smith, and I am an employee in the Client Services dept at the Chicago Tribune.

Although our main call center is in the Phillippines . . .

What follows is a series of a graphic customer descriptions of what you have in store for you when you talk to one of those hapless folk at outsource central in Manila, whose English is reportedly somewhat tentative and who will apparently try to bargain with you if you say you want to cancel, and commit only to "taking your request", which may or may not actually be honored without a second or third follow-up, and possibly the sacrifice of your first born male child. 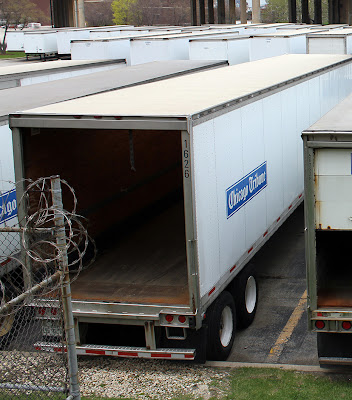 I was brought up at the end of the golden age of newspapers.  As a kid, I read all three of Chicago's dailies (somehow, Chicago Today, the aereated aftertaste of Hearst's old Herald American, never struck me as a real newspaper.) I couldn't even wait til the day of publication. Late every afternoon, I would walk to the corner newsstand to pick up the "Bulldog" edition of the Trib and Sun-Times, already carrying the next day's date.

Even today, I don't subscribe to the Sunday Trib.  I don't buy the Sun-Times on Sunday.  I can't wait.  I buy them as soon as they hit the newsstands Saturday morning, the same way that even though I
I've read every edition in the history of Crain's Chicago Business, I've never subscribed, because I can't wait until Monday or Tuesday for a paper I can buy Saturday afternoon. Which I do, along with the Sunday New York Times, pretty much every week, at one of Chicago's last surviving newsstands, at Chicago and Michigan.  Call me sentimental. 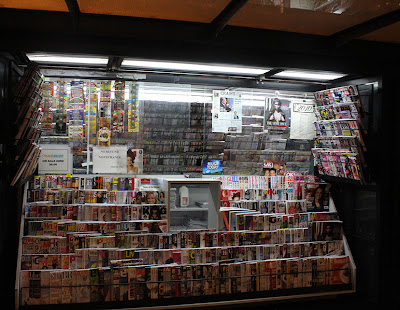 So now we get to watch the death throes of the very idea of a vibrant city newspaper, as the last survivors flail on their way to the graveyard.

Like pretty much every daily, the Trib killed off their book section years ago, shifting it to an anemic handful of pages in its Saturday edition, when a lower readership means not having to print quite as many copies of pages hardly anyone reads.  Now, the Trib's killing off even that, creating a Printers Row book section to be sold as a separate publication at $99.00 a year, about what I pay per year for the New Yorker and New York Review of Books combined.  The Reader's Michael Miner had a great piece on Thursday on a single Tribune article all but completey devoid of any curiousity as to the basic facts of the story being reported.

Removing content and doubling prices.  Making customer service an obstacle course. It's as if the sales staff at the Trib are all graduates of the class, "Marketing for the Suicidal."

It wasn't that long ago that publishing a city's dominant newspaper was thought of as a license to print money.  Now it's the way to burn through it.  It's the classic tale of challenges ignored as engorged margins became an addiction, of cluelessness, arrogance and desperation racing each other down a quickening whirlpool of dissolution.

You could get angry, but it doesn't seem worth the bother.  There's nothing you can do about death. It's just sad.

Time to move on. 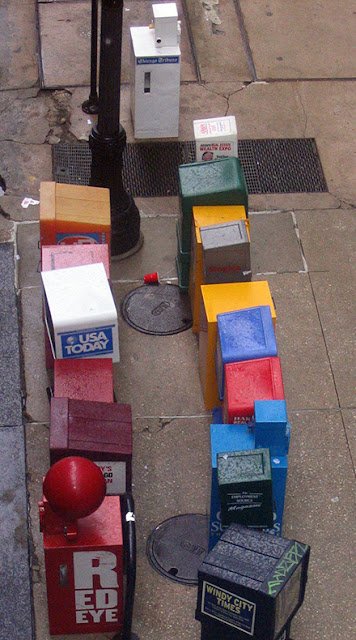 Why does the above shot remind me of the chamber pot scene in Visconti's The Leopard?

The executives don't deserve all of the blame. It is difficult for a company's c-suite team to adapt to new conditions when they work in an industry whose main product didn't/hasn't changed radically for a few decades. Book publishers, the recording industry, and other media types are having similar problems adjusting to the new technological trends (and the changes in culture which accompanies these trends).

Good morning Lynn, I am Autumn Smith, the customer service representative from the Chicago Tribune, mentioned above. I apologize for the problems you have been having with your Chicago Tribune subscription. If you email me your phone number, I can give you a call to discuss. My email address is AskClientServices@Tribune.com.

I stopped buying the Trib when they raised their prices during the recession -- the 1990 recession.

Most of the other people I know stopped when the Trib endorsed Bush for reelection.

For years we have been struggling with terrible delivery service for the Tribune. In any given week we would be lucky if we got the paper before the cutoff time one day of that week.

Every week we curse and swear that we will cancel the subscription and just buy the Sunday paper at the grocery on Saturday and get the rest online (which is a whole other gripe...). But we never follow through. Old habits die hard.

The $99 for the book section stupefies me. If they came up with, say, a real estate and interior design section that was full of glossy photos, I could see a moneyed clientele lapping that up. I could see a kickass sports section claiming $49 a year. But the world is full of literary journals read by underemployed post-graduates and there's no reason to think they're ready to pony up $100 for one without some proof that it's going to be extraordinary. Why they decided that the future lies in a really expensive Chicago version of the Paris Review mystifies me. There must be some marketing study that said this made sense, but I don't see it. And given the Trib's general voice (which is that you the reader are well-meaning but not that bright and need your hand held in the world) I don't imagine that this thing is going to be some cutting-edge literary journal, either. Mary Schmich on the new Barbara Kingsolver book isn't going to get $99 out of me.

The delivery service for the Tribune is beyond awful. I cannot even count how many complaints I've made-IF my paper is ever delivered on time it's truly a miracle. I keep meaning to cancel but sadly keep hoping it might get better-ha! I always get some stupid response "we'll contact your carrier" which of course useless since it's the carrier who is so terrible