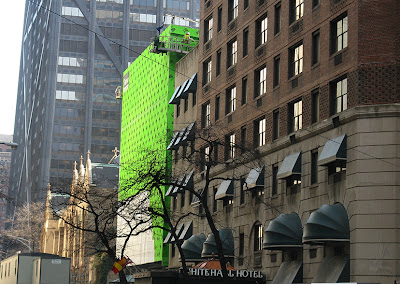 click images for larger view
The big real estate ambitions of a couple of Chicago's most prominent houses of worship took a big tumble, and we're all the better for it.  After a plan to build a 67-story Canyon Ranch skyscraper behind St. James Cathedral on Wabash fell through in the real estate collapse, the expansive plaza it was meant to replace not only survived, but it's now undergoing an ambitious makeover. 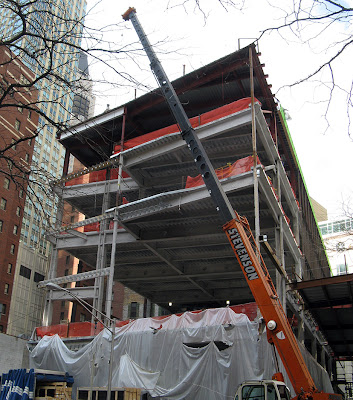 The Fourth Presbyterian Church also wanted to put a condo tower - 700-feet-tall - behind its gothic-styled 1914 North Michigan Avenue home, but abandoned the idea when those plans met with spirited resistance from both the community and successive 42nd ward aldermen Burton Natarus and Brendan Reilly.  Instead, they're building a five-story 82,000-square-foot addition to serve both the church and the community with classrooms, multi-function spaces and a 250-seat chapel. 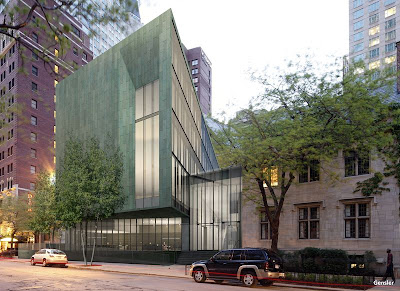 The design, from Gensler, with Halvorson and Partners as structural engineers, features glass curtain walls along the block-long facades to the east and west, with a cladding of weathered copper panels.  The large window on the Chestnut facade denotes the chapel, bringing those staggering out of Ditka's a few steps closer to salvation. 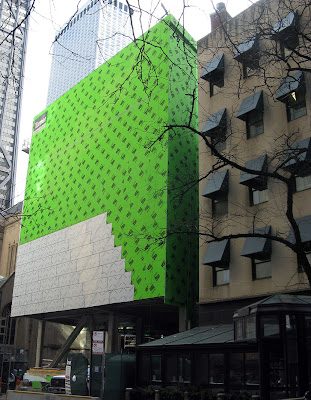 The facade on Delaware appears windowless, but for the moment it's taken on a Christo-like aura, subverting the staid architecture of the streetscape with a big, day-glo green cube, courtesy of the mounting of USG Securock, a fiberglas/gypsum sandwich protecting from moisture, itself disappearing behind a layer of white Air-Shield, another vapor barrier.

So check it out now - it probably won't look like this long. 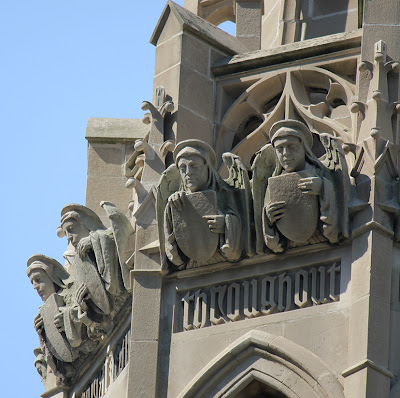 Still to this day, I am a fan of the Canyon Ranch and hope similar design will pop up somewhere in the chi. Just saying. As to Ditka's patrons... LOL!