Yes, it's March 19th, and no, it's still not too late to be adding to the March 2012 Calendar of Chicago Architectural Events.

This Thursday, March 22, is logjam day, with Gustavo Araoz, president of the International Council on Monuments and Sites, lecturing on The 20th Century and Other Gaps in the World Heritage List: A Unique Opportunity for the U.S., at Lightology,  while over at the Chicago Yacht Club, the Institute of Classical Architecture and Art Chicago-Midwest is sponsoring a lecture by classicist scholar David Watkin, Emeritus Professor of the History of Architecture at the University of Cambridge, who will discuss Classical Language Past and Present.

Meanwhile, at Frank Lloyd Wright's Unity Temple in Oak Park, Richard Cahan will be discussing his splendid new book, The Lost Panoramas, taken from a massive collection of glass-plate negatives taken between 1894 and 1928 documenting the effects, from the Loop to rural Illinois, of reversing the flow of the Chicago River. 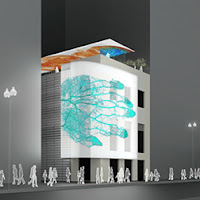 On Wednesday the 21st, Chicago Commissioner of Transportation Gabe Klein talks about Chicago's Transportation Innovations for Lamba Alpha International, Ely Chapter at Petterino's, while over at CAF at lunchtime,  Gordon Gill discusses Smith+Gill's design for the new National Museum of Health and Medicine Chicago in what was Rolling Stone Records on Randolph, while at Holy Name Cathedral, APT Western Great Lakes Chapter is sponsoring a discussion of The Collaborative Approach Used to Restore Cluster Columns at the cathedral.  Sunday the 25th the Glessner House Museum celebrates the 134th birthday of Frances Glessner Lee with  the local premiere of Of Dolls and Murder, a new documentary narrated by John Waters on the pioneering criminologist and her famous Nutshell Studies of Unexplained Death. 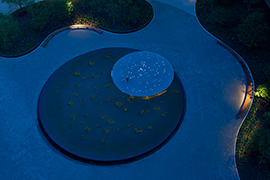 Starting Tuesday over at Willis Tower, there's a new exhibition, American City: St. Louis Architecture: Three Centuries of Classic Design, featuring 80 photos from the striking book of the same name that we previously wrote about here.

Mies Birthday Party, the Birth of the New East Side, The History of the South Loop, Sam Jacob, Liza Fior and Damon Rich at the Graham, and Juan Herreros at UIC - the hits just keep coming - nearly three dozen still to go - on the March 2012 Calendar of Chicago Architectural Events.