You may have noticed, the November Calendar of Chicago Architectural Events was a bit late this month.  Like eight days late.   Can you imagine how many people were writing me asking where it was?

I'm coming to the conclusion that the monthly calendar is an idea whose time has gone.  Readership is not large.  Throughout all the days of  a given month, there are fewer cumulative pageviews for the calendar than for a single average post.  It often seems the only people reading the calendar are the those who are on it.  Since I'm now back to a regular 9 to 5 job, my side hours are limited, and I'm thinking they might be better spent on other projects.  So, as with the printed version of The Onion but a whole less funnier, December may see the final version of the monthly architectural calendar.   If you have any thoughts on the matter, pass 'em on 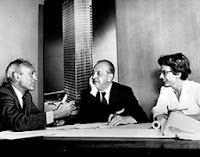 On a cheerier note, as always, there's no small number of great events still to come in November.  This Thursday, Phyllis Lambert will be in conversation with Wiel Arets at Crown Hall and signing copies of her book, Building Seagram.  Also this week, Carlo Caldini is at the Graham on Tuesday, and Jon B. DeVries and D. Bradford Hunt will discuss their new book, Planning Chicago: How Did We Get Here? and why planners always seem to incorporate an initial somewhere in their name, noontime at AIA Chicago on Wednesday, the same afternoon the Chicago Architecture Foundation has their annual Patron of the Year luncheon at the Palmer House, and SOM's Phil Enquist  discusses the Great Cities, Great Lakes, Great Basin initiative lunchtime at CAF, where it's the subject of a just-opened exhibition of the same name..  DeVries and Hunt will also be putting in a appearance at Open Books on Institute Place Monday the 18th. 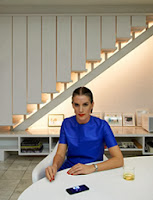 More? How about Pamela Bannos talking about 1836 through the Chicago Fire at the MCA on Saturday the 16th, where filmmaker Sarah Morris has a preview screening and talk on Tuesday, the 19th, the same day David Wilts of Arup discusses The Smarter Building:  What It is - and Why Bother noontime at AIA/Chicago, and Rolf Achilles talks about his book, The Chicago School of Architecture- Building the Modern City, 1880-1910, at the Glessner House Museum..  The Chicago Midwest Chapter of the Institute of Classical Architecture and Art gives out its First Annual Acanthus Awards at the Elks National Memorial, also on Saturday the 16th.

On Wednesday the 20th Jaume Plensa is in conversation with Reed

Kroloff at MCA, and on Thursday the 21st, Jean Guarino discusses Construction, Demolition and the Remaking of LaSalle Street for Friends of Downtown at the Cultural Center, and designer Lloyd Natof is at Unity Temple in Oak Park.

Catch it while you can.  Check out all the great items on the November Calendar of Chicago Architectural Events.

A second vote to please continue the calendar. It's an important resource to those of us concerned with architecture in the city.