Battle of the Bling Rages between Two Iconic Chicago Towers


“Less is more” is taking a bit of a beating right now on a two-block stretch along the Chicago river.
The minimalist plaza that Mies van der Rohe designed for his soaring IBM Building (now AMA Plaza) is slowing filling up with stuff.   The Langham Chicago, the 316-room hotel that opened last year on the lower 14 floors of Mies's dark 52-story tower, has now populated the plaza with the fabulous furniture of Elle, a 70-seat outdoor café. 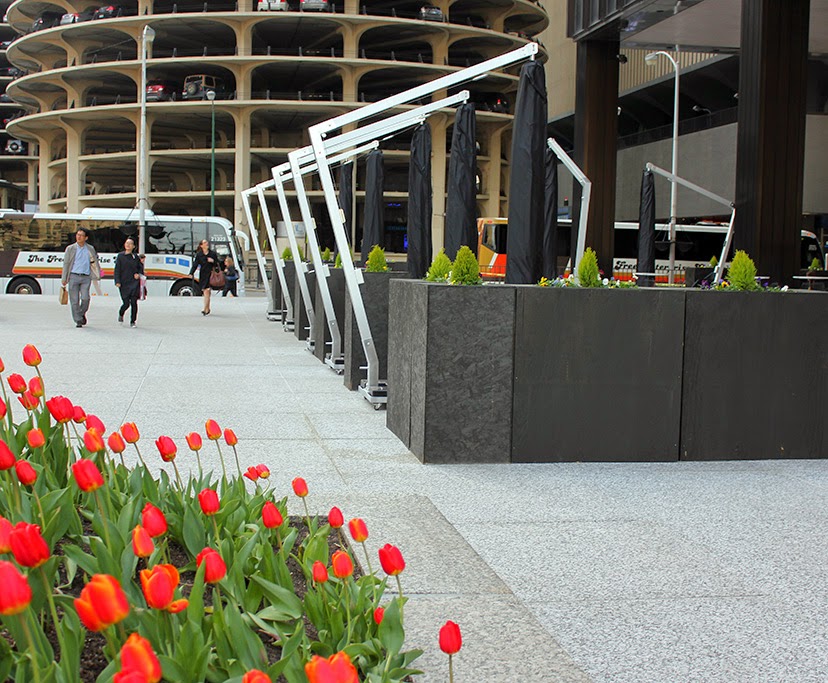 Not far behind will be the 11 bronze sculptures by Taiwanese artist Ju Ming of businessmen in fedoras, holding umbrellas, to be installed on the plaza, closer to the river, later this year. 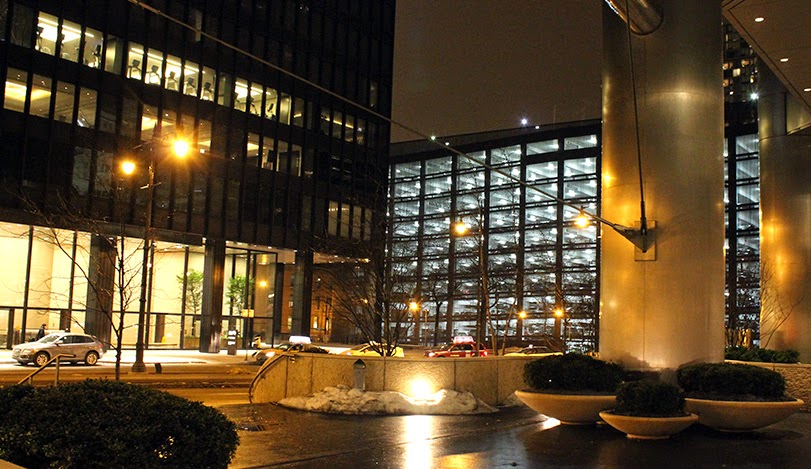 Ever since its opening in 2009, Donald Trump has been satisfied letting the sleek telescoping curtain-wall of his 98-story, Adrian-Smith/SOM-designed tower pretty much speak for itself.  Then the Langham got approval to add a “He went to Jared!"-styled canopy to tart up Mies elegant design in a blaze of light bulbs and shiny metal. 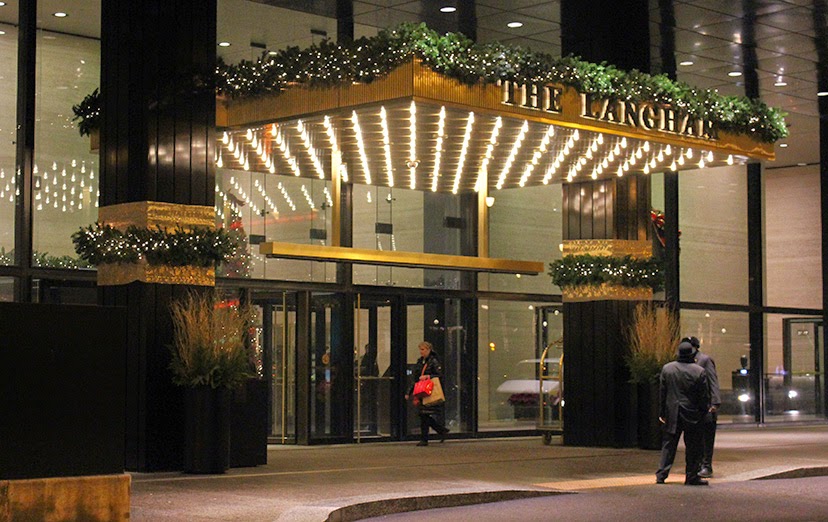 Obviously, the Donald could not let this vulgarity go unanswered.  So, in February, it was announced that 20-foot-high stainless steel letters would be mounted on his tower's riverfront facade, lighting up the night with that most magic of all words:  T R U M P

Tuesday afternoon, all the pieces were falling into place.  Supports for the signage were hanging from the facade . . . 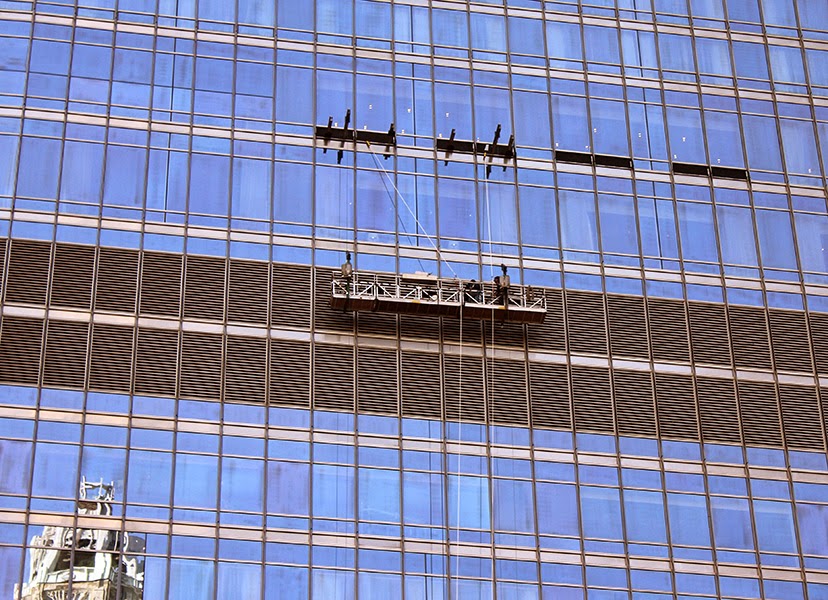 . . . and the letters themselves huddled in alphabet-soup clumps along the Trump Riverwalk. 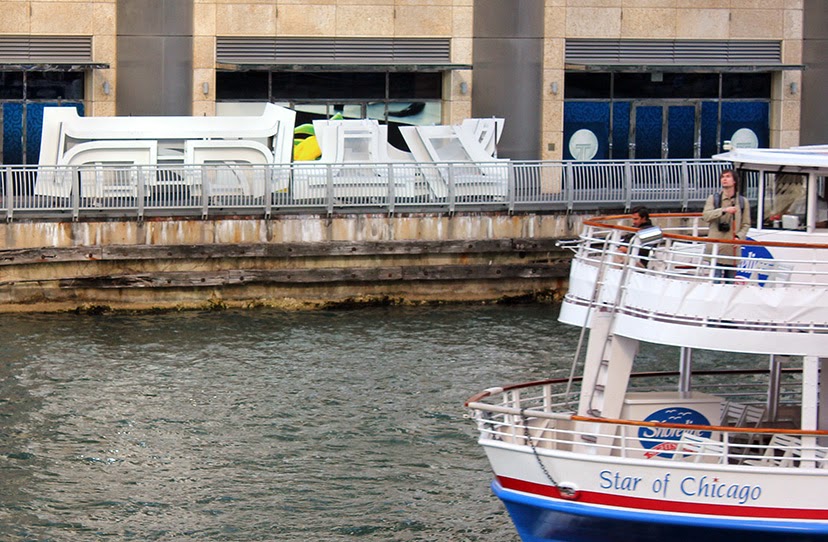 When the deed is done, we'll post pictures.  Rumors that the Langham will respond with an animated neon Mies on the AMA's east facade, blowing phosphorescent smoke rings out over Wabash, are yet to be confirmed. 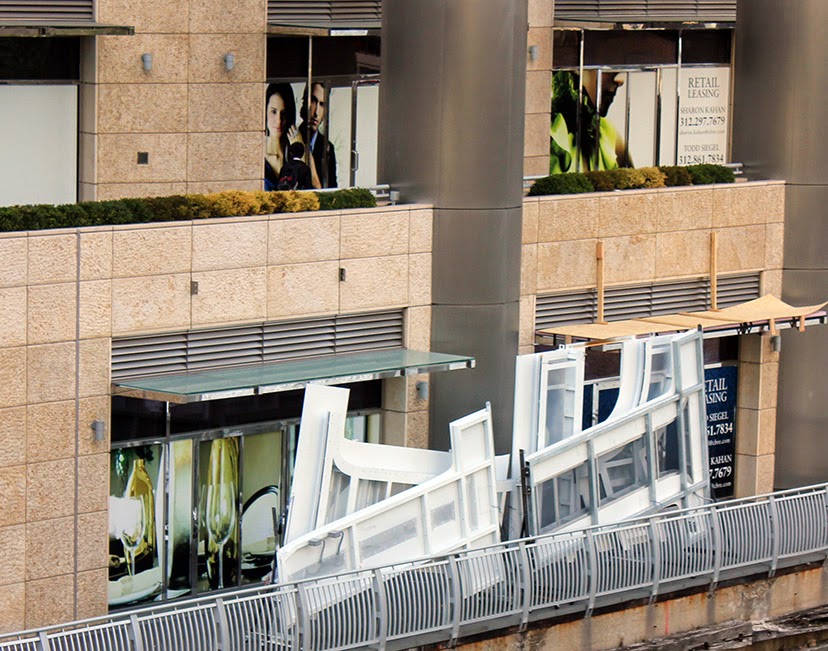 I met a traveller from an antique land
Who said: “A vast, incredible hank of hair
slouches at the base of a ruined tower.
Nearby, a shattered visage lies, whose frown
And wrinkled lip and sneer of cold command
Tell that its sculptor well those passions read.
Right until the moment of the dreaded You're fired!
Stamped on the Jerusalem stone, a wind-worn inscription.
My name is Donald Trump, King of the Developers:
Look upon my many truly amazing properties
(And they're tremendous.
Really tremendous),
and despair!
Nothing beside remains.
Save for storefronts still empty, and
gigantic, scattered letters,
half-buried in the sand,
spelling out where they fell, 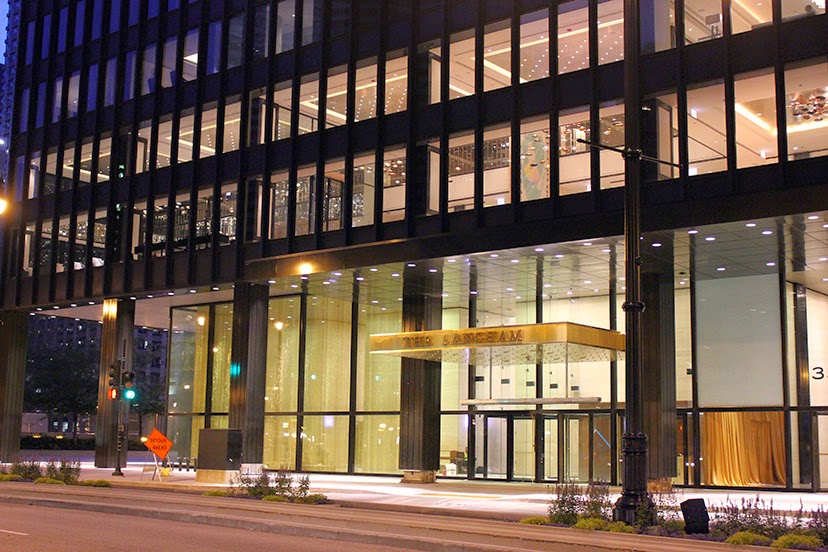 Mies Goes Soft: At the IBM Building, The Langham Chicago Pushes Against the Envelope.

"'Less is more' is taking a bit of a beating right now on a two-block stretch along the Chicago river."

I'm really fond of this sentence. You're right, of course, Mr. Becker.