It's really kind of sad how often new buildings are a lot more interesting under construction than they are when completed.

Such would seem to be the case with Solomon Cordwell Buenz's new Loews Chicago Hotel tower on Park Drive just south of the Sheraton in Streeterville, scheduled to open next January. If you look at it from just the right angle, it can almost appear arresting . . . 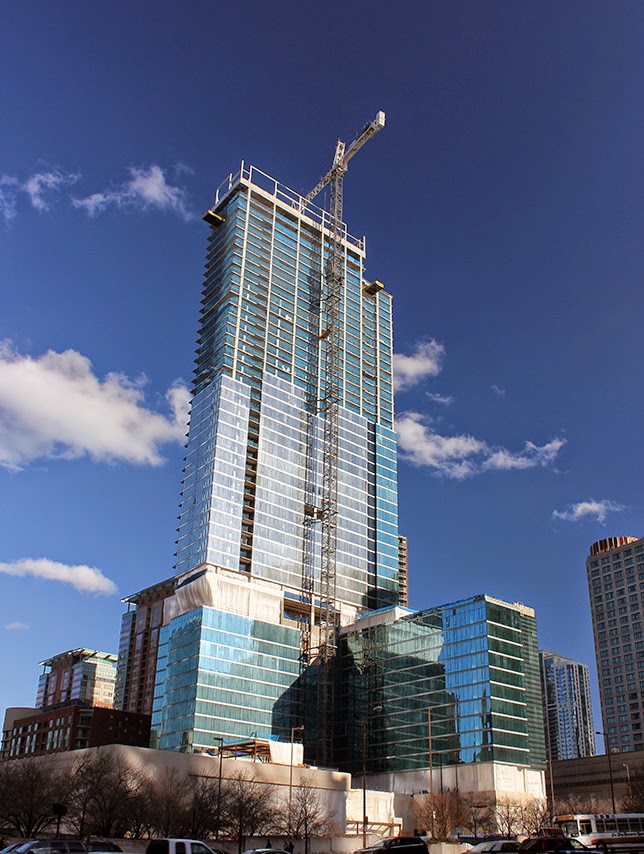 . . .  but from Michigan Avenue and along the river it's a rather dull stick, dependent on the sun's sparkle to mask its utilitarian sameness.  If you look closely, you can see the thin vertical incision that's the new design cliche for breaking up the stolidity of a tall curtain wall. 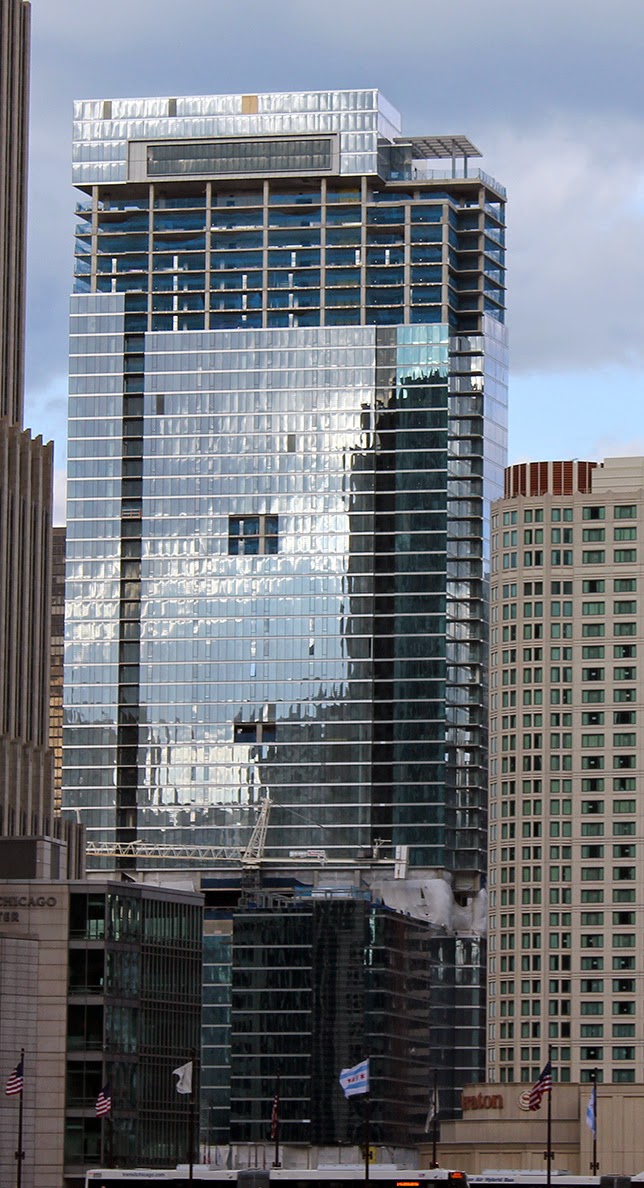 What read, in earlier renderings, as a matching vertical incision at the top, now looks to be a large raised box where Loews will spell out its name in really big letters . . . 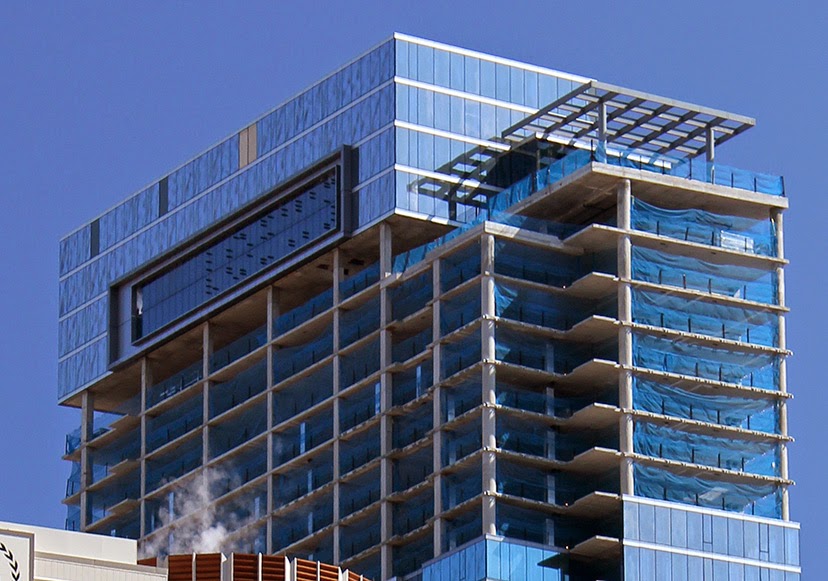 There's also, until such time as the rest of the site is developed, a massive blank garage wall to the north . . .

Oh well, it was fun while it lasted, and we'll always have 2012, when the construction site, with clear viewing platforms from the raised sidewalks all around it, was one of the best nocturnal shows in the city. 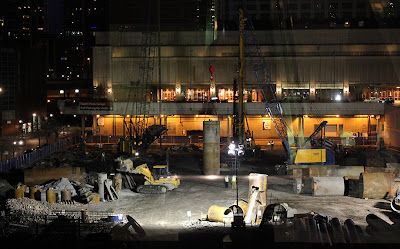 Coolest Construction Site in the City? 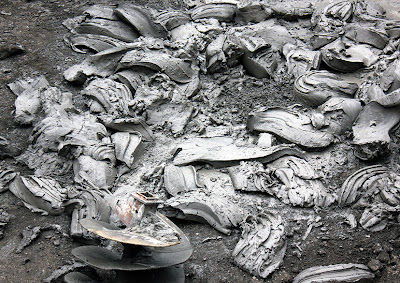 No, you aren't boring your readers.