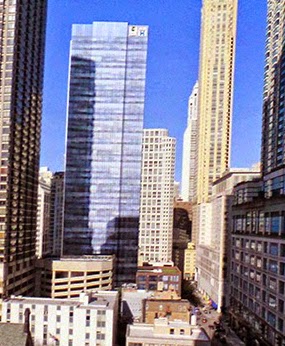 After spending the past two months reviewing the proposal and associated traffic analyses to determine whether changes could properly address these challenges - I have concluded that the proposed 620 hotel keys, split across separate hotel flags, is simply far too ambitious for this location already surrounded by failing intersections (from a traffic engineering perspective) and high-density buildings.  I did not reach this conclusion quickly. In fact, I met with the development team on several occasions to explore potential changes or other development options to help make the proposal a better fit for this location. Unfortunately, at the end of that process, it became clear that this proposal simply could not proceed.

As a result, the proposed 620 key hotel development for 740 North Rush Street will not be moving forward. I have encouraged the property owners to carefully consider the limitations posed by the infrastructure around their site and existing traffic conditions, as they contemplate future development concepts.

Reilly did not indicate to what level the project would have to be cut back or reconfigured to meet his approval.  Take a last look at the original glassy skyscraper here . . . 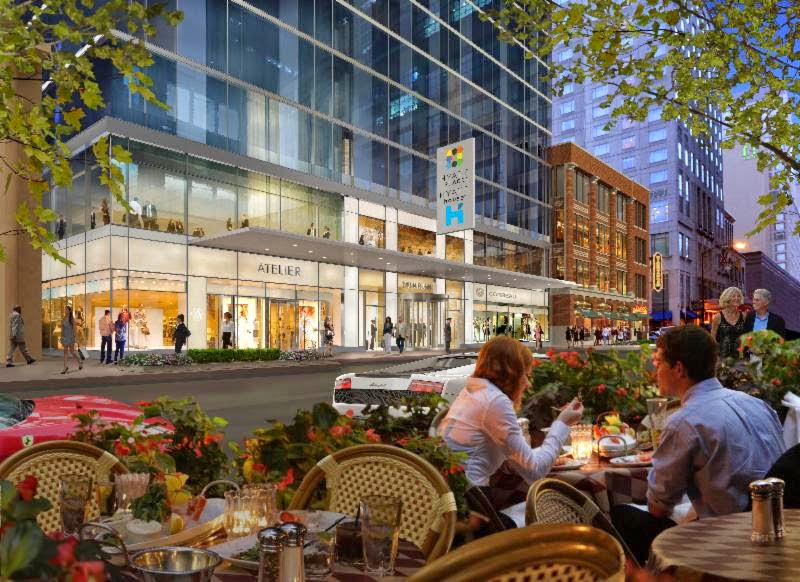 Build it. His royal highness Brendan
Reilly, is working for a few NIMBYs that
don't want anything built that isn't 3
stories high. Should be taller too.

The 42nd Alderman's above statement translated:
"I received a tremendous amount of constituent feedback. "
TRANSLATION: He received a tremendous amount of feedback from the residents of the nearby highrises that would have their views blocked by
the proposed hotel.
Alderman of the 42nd ward:
"After spending the past two months reviewing the proposal. "
TRANSLATION:
This one was dead on arrival. NIMBYs
Win again. He spent five minutes on
on this proposal. Politicians barely work.
Alderman of the 42nd ward:
"Unfortunately, at the end of that process it became clear that this proposal simply could not proceed."
TRANSLATION:
Brendan only approves buildings that are no higher than a Walgreen's.
I live in the area and I have not been happy with the Alderman for years.
isn't time to elect someone who is pro development. Chicago can't afford to say no to tax revenue.

I worked in 740 N. Rush for many years when the Crain's magazines were based there. It is a busy intersection, much busier now since the Peninsula was built across the street.
It's interesting that the drawings portray Superior Street free of cars and traffic. If this hotel tower were actually built, that would never be the case. The block would be so clogged with cars and delivery vehicles that sensible people would make a wide detour to avoid it.
I don't think it's "anti-development", as the anonymous commenter alleges, to point out that the street infrastructure and already overloaded traffic patterns could easily support a building of such height and density.
-- Duncan Moore

Amending previous remark: … "could NOT support …"

It's eastern façade only would of had
a zipper of Windows, no big lost at least architecturally.

I was at the community meeting - the City loses the $27,000,000 per year (YES, TWENTY SEVEN MILLION DOLLARS PER YEAR) in tax income this hotel would have contributed to the city budget shortfall. Guess what fellow residents - that mean property tax increases.