Tarot to Tacos - Upscaling of State north of Viagra starts small, with velvet

It was back in January that we wrote about the big changes coming to Rush and State Streets just north of Viagra Triangle.  So far, though, it's pretty much been the sound of crickets, as a number of ambitious projects seem to be going nowhere. 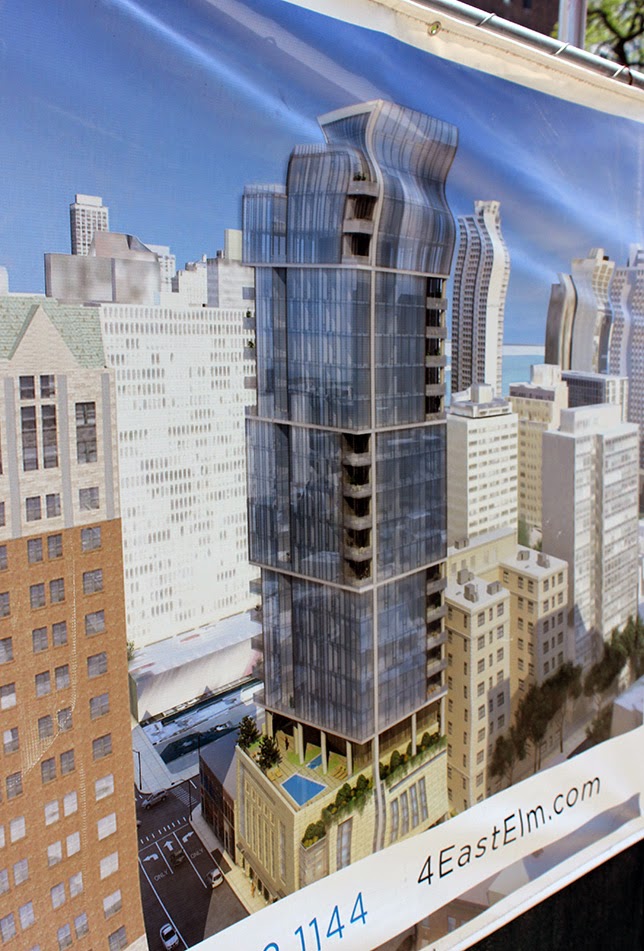 At the start of the year, bulldozers made quick work of the 1919 Regina Court apartments at Elm and State, to make way for Solomon Cordwell Buenz's 4 East Elm, a 25-story, 335-foot-high tower to hold all of 40 units.  Are we running out of rich people?  Regina Court was nothing but remnant debris all the way back in March, but three months later, the site remains strangely somnolent, clean as a whistle but with no signs of life . . . 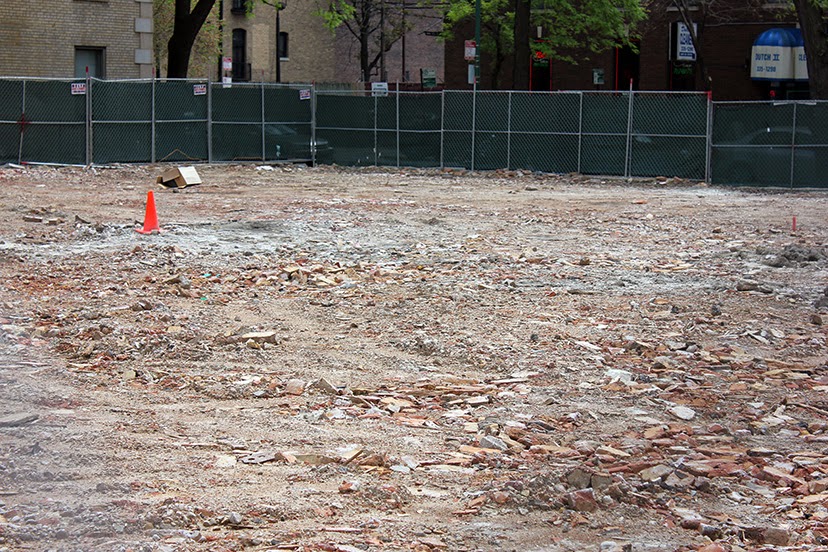 Other nearby projects, lingering for years, remain unrealized.  Despite announcements of everything from tearing it down for a new Hotel Mondrian to other upscale rehabs, the Cedar Hotel, with its rich terra cotta ornament, remains empty, the only occupant the seasonal open air bar, formerly best known as Man vs. Margarita, which has survived as an popular and often packed singles hangout for still one more summer. 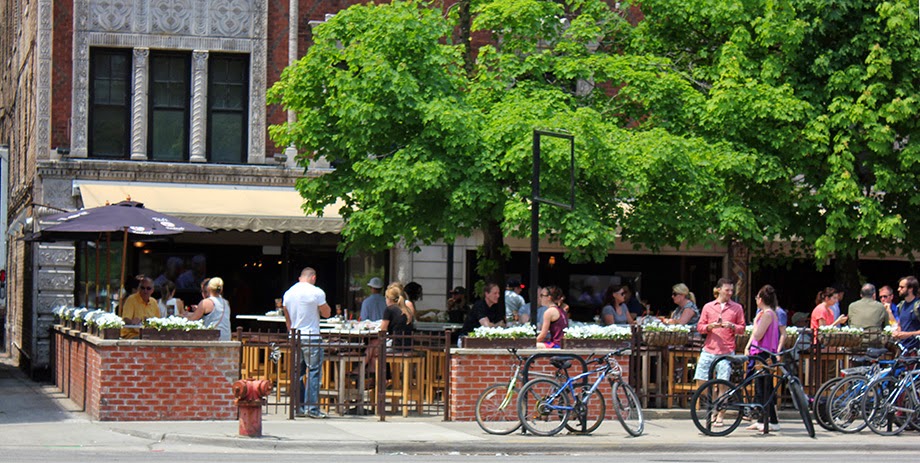 Just a block to the south, the site where the Hunt Club once stood also appears to continue, despite a succession of development proposals, to be uncontaminated by any signs of life.  (Although the townhouse next store that once was home to the Waterfront restaurant either has or is about to be demolished.)

Surprisingly, it's what's in between the Hunt Club and Cedar Hotel that's winning the first-to-the-finish-line sweepstakes, in a modest (and much to be modest about) structure that had been the only Subway sandwich shop with its own astrologer, Mrs. Devon. 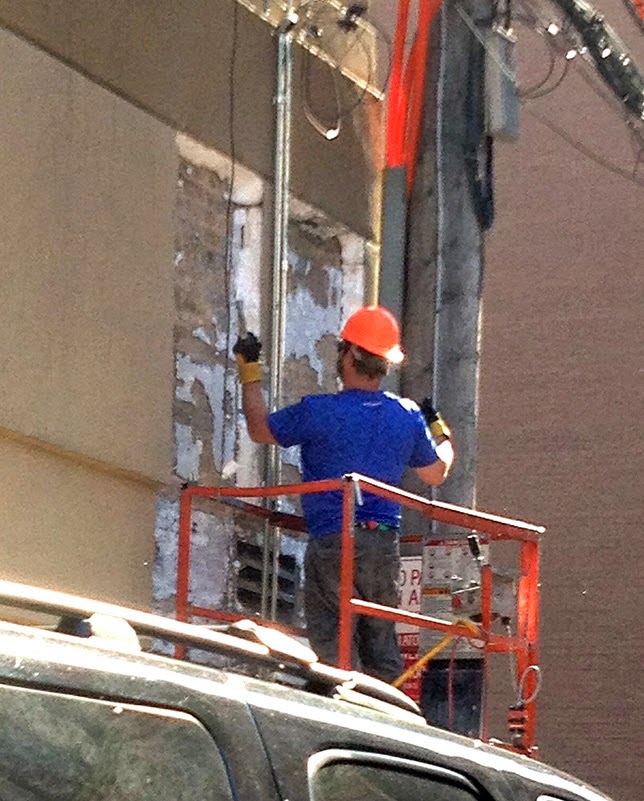 Within the last couple weeks, workers have been assiduously scraping all signs of Subway's identify from the building. 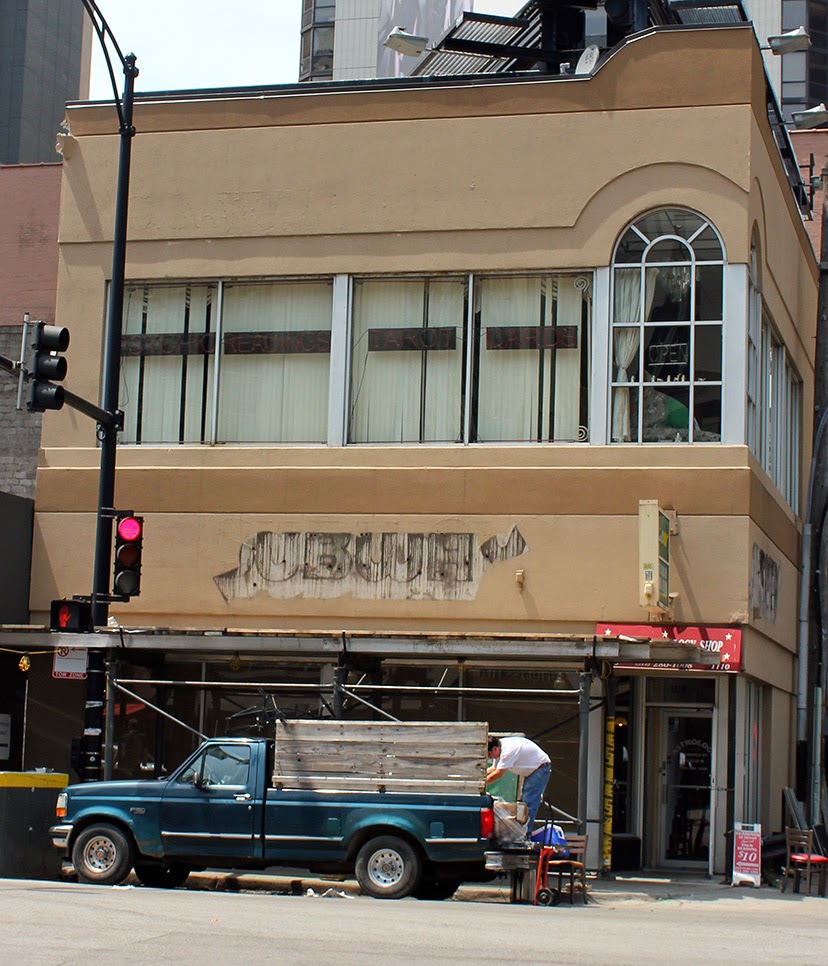 According to a story by Micah Maidenberg in today's Crain's Chicago Business, the structure is to rehabbed into the two-story Chicago outpost of Velvet Taco, the Texas-based chain that serves up 21 different kinds of tacos with distinctive fillings such as calamari, kimchi, and farm-raised mammoth meat.  No word yet as to whether tufted fabric will be available either as an ingredient or wrapper. 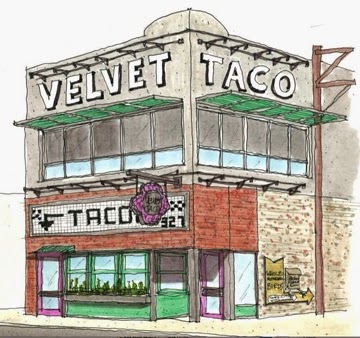 Read More About the Changing Face of Rush (and State) Streets . . . 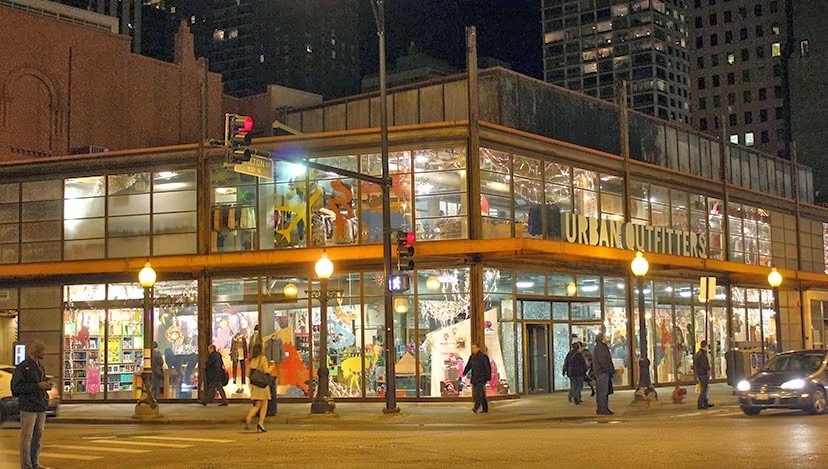 Bertrand Goldberg's Walton Gardens: The History of Rush Street through the Eyes of a Single Building.