Future City is nigh - volunteers and participants needed

Imagine a tropical paradise filled with fun and adventure. You’re climbing up the side of a waterfall with the mist spraying in your face. Now imagine a vast desert that seems to stretch as far as the eye can see. What if you could travel Earth in a day? Today, in the year 2537, Città Sotto Ghiaccio, located under the oceans of Europa, one of Jupiter’s moons, provides its citizens a healthy lifestyle in a thriving economy.

No that's not the new series on the 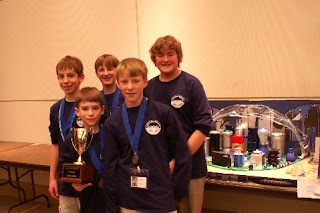 Sci-Fi Channel, but the program behind the entry that made the team from Hubble Middle School in Wheaton , pictured here, regional winners in the 2007 National Engineers Week Future City Competition, which asks 7th and 8th graders to design their visions of the city of the future, first on computer, then in a large three-dimensional model. 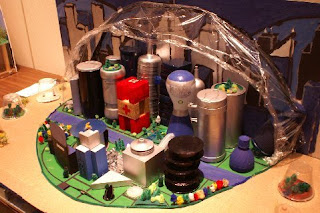 year, studies will begin in October, leading up to regional finals next January at UIC, where first place winner will get a trip to the national competition in Washington, D.C. help during National Engineers Week, February 17-23. Prizes for the final winning team include a trip to U.S. Space Camp in Huntsville, which is only appropriate, since 1996 winner Anna Gunn-Golkin has gone on to a career as a launch systems engineer at Vandenberg Air Force Base. 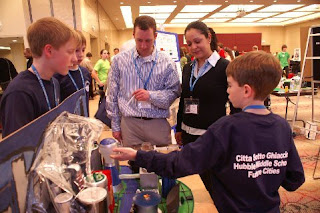 Currently, Chicago regional co-ordinator Don Wittmer is looking for local schools to participate and engineers willing to volunteer. He can be contacted at 312/930.9119 or via email. Registration deadline is October 15th. Additional information, including the Future City brochure, can be found at the competition's website.

Architects are invited to participate as well.