It was announced last week that philanthropist Richard Driehaus has doubled the dollar amount for the annual Driehaus Prize, the counter-Pritzker recognizing anti-modernist architects, from $100,000 to $200,000. The Henry Hope Read award, given to classical supporters who are not architects, also doubles, to $50,000.

Both awards are administered by the University of Notre Dame School of Architecture. The 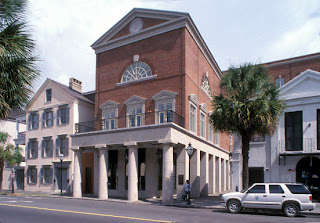 jury for the 2008 award, whose recipients are to be named later this month, included Driehaus, Notre Dame architecture dean Michael Lykoudis, and New Yorker architecture critic Paul Goldberger, among others. Last year's winner was Jaquelin T. Robertson, whose Charleston Judicial Center is show here. Other past receipients include Quinlan Terry, Demetri Porphyrios and Leon Krier.

Meanwhile, the opening of Driehaus' Museum of Decorative Arts in the restored Nickerson Mansion has been pushed back indefinitely. For a preview of its 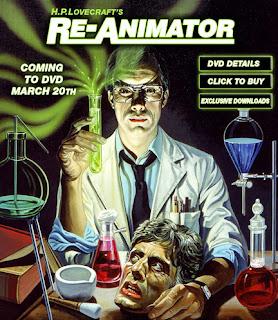 Also this week, classicist Thomas Gordon Smith will be delivering The Classical Perspective, a talk about the "current reanimation of classical architecture", at a Landmarks Illinois Preservation Snapshots lecture 12:15 P.M. this Thursday, November 15th, at the Claudia Cassidy Theater at the Chicago Cultural Center, 77 East Randolph.

I don't like their selection for the prize, in part because the bottom of the building does not match the top. It's like wearing a sport coat with a pair of shorts.

However, I do like the goals of the Driehaus Prize. Classical architecture or old architectural styles of other types should be used without the scorn of modernists. Why? Because new buildings in these older styles can look great. Just like these designs looked great when the styles were first developed.

There is plenty of this room for modern or futuristic or Gherian (my own new word, I guess) buildings. Modern is great. But making great buildings in old styles is also possible.

I am relieved (and even a bit surprised) that this article has not caused modernists to heap disdain on the Driehaus concept. Maybe modernists can live with the concept. Am I wrong?