The Aga Khan Historic Cities Programme Exhibition will be making a stop at Symphony Center, 220 South Michigan Avenue, this 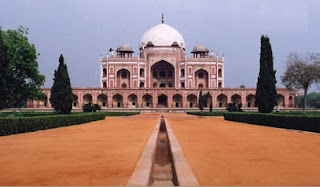 weekend, part of a ten city American tour. A project of the Aga Khan Trust for Culture, Historic Cities, established in 1992, promoting "the conservation and re-use of buildings and public spaces in historic cities in the Muslim World" and how it can "build bridges, not only between the past and present in the Muslim world, but also between the Muslim world and the West."

Among the projects featured in Humayun's Tomb, constructed between 1562 and 1572 in Delhi, Indian. The red standstone monument is reputed to be the first example of the type of garden tomb that would reach its apex with the Taj Mahal. The Aga Khan Trust funded a 2003 restoration that returned water to the tomb's fountains and the grid of waterways that divide its garden into four large squares. Projects will also be on display from Egypt, Mali, Afghanistan and Syria.

The exhibition is free and open to the public on the 2nd and 3rd level of Symphony Center's rotunda Friday, November 9th from 12 to 10 P.M., Saturday the 10th from 10 A.M. to 10 P.M., and Sunday the 11th from 10 A.M., to 5:00 P.M. The exhibition is being held in conjuction with a Friday, November 9th 8:00 P.M. concert, Spiritual Sounds of Central Asia, featuring "Alim Qasimov, the legendary mugham singer from Azerbaijan, whose music cellist Yo-Yo Ma says 'can be described in just three words: simplicity, depth and transcendence'; Tajikistan’s seven-person Badakhshan Ensemble, performing its trance-inducing mystical songs; and the Bardic Divas from Kazakhstan, Kyrgyzstan, Uzbekistan and Kalmykia demonstrating the power of the female voice."

On another note, the exhibition of lithographs from the legendary 1910 Wasmuth Portfolio that brought the work of Frank Lloyd Wright 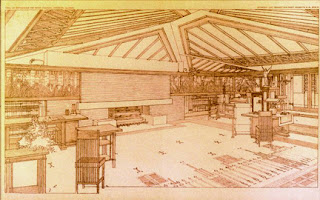 to the attention of Europe has been extended through December 29th. The portfolio established Wright's reputation, and influenced a generation of European architects, many of whose work, as emigres to America during World War II, channeled Wright's ideas into an "International Style" that Wright himself would come to detest. The exhibition is on display, with individual items available for purchase, at the ArchiTech Gallery, 730 North Franklin, Suite 200, open Thursdays, Fridays and Saturdays from noon to 5:00 P.M. "or by chance or appointment."