February 13th Deadline for Proposals to Save Gunner's Mate

The Navy is moving forward with plans to demolish this building. However, 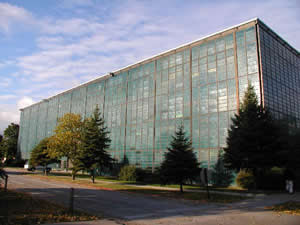 So if you've got some bright ideas (money would be good, too) for re-using Gunner's Mate, you've got until February 13th to get them in to:

You can view the Navy's own slideshow for last month's public meeting here. While it lists demolition as a "last resort" option, much of its effort appears to have been in discrediting all other alternatives.