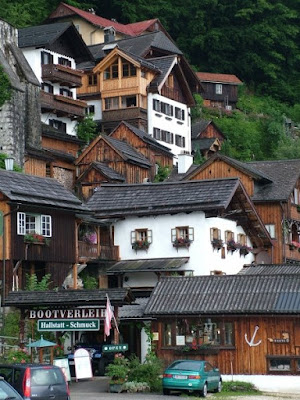 Chicago Architectural Coverage Withers - can it really be a year and a half since I posted that item, bemoaning the disappearance of architectural coverage in the Chicago Sun-Times (which, under the tutelage of Neil Steinberg, has suddenly gone opera crazy), as well as bloggers Edward Lifson and John Hill to either coast, and Lee Bey, whose blog has been on hiatus since January 7th? There's still been nothing that really replaces them, but there are compensations - AIA Chicago's new Chicago Architect magazine, and fine specialty websites like Forgotten Chicago, holding a party for its redesigned relaunch this Thursday, February 12th at Cuneen's Pub, 1424 W. Devon.

Another voice I had lost track of is Vince Michael, Director of the Historic Preservation Program at the School of the Art Institute. who has a great blog, Time Tells, "about Historic Preservation, History, Heritage, Landmarks in Chicago and the rest of the world and the techntempo of current times and past times."

Being an academic, Michael can be a bit wordy (yeah, I can hear you saying, like you're not), but he's also thought provoking in writing about the hidden costs of our "obsolescence economy" versus the suppressed virtues of preservation and reuse, including such factoids as the Brookings Institution finding that "it will take up to 65 years for a new energy-efficient building to offset the demolition of an existing building."

He also gets around a lot, and there's plenty of striking pictures, as can be seen in his end of year round-up that goes from Price Tower, to New Harmony, to China and points in between. Add Time Tells to your bookmarks and check it all out here. 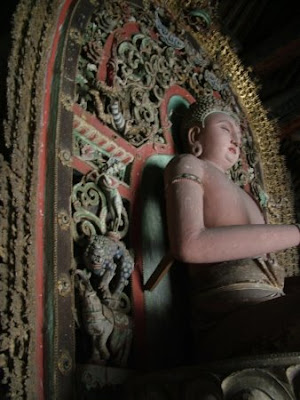 I gave up lamenting the loss of dedicated architecture coverage in the SunTimes as our local dailies get worse and worse...daily. I'm glad to see Lee Bey's articles in other publications around town. He's almost always in "Chicago Architect." I just finished and enjoyed his article on Frederick Phillips whose work until now was unknown to me.

I'm enjoying Chicago Architect, even though I'm not an architect or an AIA person. It's very straightforward and doesn't seem to exist for ad revenue. But the jury (my jury I guess) is still out on some of the publications, like Chicago Social Interiors. But I do read it on the train, and without too much embarrassment. At least they seem to be trying, which is more than what the daily papers seem to be doing. I do like Kamin most of the time, but what he's allowed to do in print seems limited.
TGFB! (Thank God For Blogs).

I recently came accross your blog and have been reading along. I thought I would leave my first comment. I dont know what to say except that I have enjoyed reading. Nice blog. I will keep visiting this blog very often.

I love to see great architect. I am a recovering addict and since my release from the drug rehab program i have been noticing the beauty in all things.