It's getting to the point where you can exhaust yourself just reading about all the incredible architecture-related events going on in Chicago, and, believe it or not we've just added a bunch more to the October calendar. 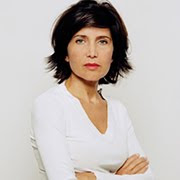 p.m., Fullerton Hall of the Art Institute. One half of the founding partner team of Foreign Office Architects, Moussavi's lecture: The Function of Form, shares the same name as her upcoming book, to be published in 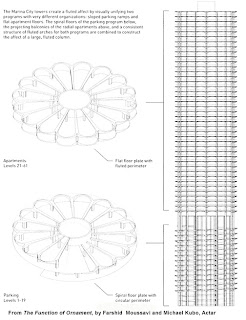 November. It's a follow-up volume to her 2006 The Function of Ornament, in which she talks about the twin towers of Bertrand Goldberg's Marina City as "fluted columns", apparently a: columns without capitals b: inverted columns, or c: columns with the world's tallest capitals. Just what I need: another two books added to my definitely-have-to-read pile. (Which, come to think of it, is increasingly beginning to resemble the illustration at the far right.)

ACADIA 09: reForm() - October 19 through the 25th, various locations. It's not enough that we have the Council on Tall Building and Urban Habitat's extraordinary conference, Evolution of the Skyscraper, taking place at IIT on the 23rd and the 24th, but at the same time Chicago is hosting the 2009 conference of the Association for Computer Aided Design in Architecture. 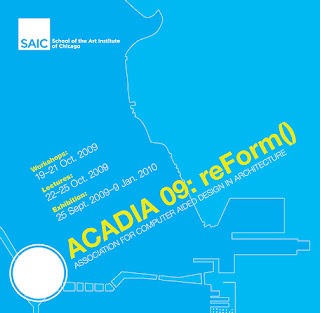 also an October 24th talk, Wired for War, by Peter W. Singer), but the full seven days offers up three days of workshops and four days of lectures by a battalion of Illuminati, such as William Baker, Julie Flohr and Neri Oxman, who promises to offer up a talk on tiling methods and their alternatives.

Although the names of the papers are often so clinical - Cultural Performance in robotic timber construction, Multiperformative Efficient Systems (MES) Toward System Thinking - that you might be forgiven for thinking that these are people unable - or uninterested - in talking to anyone but themselves, when you read the actual descriptions for the talks, you can tell this will be a fascinating event. Brady Peters' paper, for example, Parametric Acoustic Surfaces,is actually about how most architects ignore the importance of acoustics in any building that isn't a concert hall, and how acoustic qualities can be quantified and made part of a building's digital design and finished performance no less than a window, wall or column.

Odds are if you're in the target audience for this event, you knew about it long ago, but, if not, and if you've got deep pockets or a large expense account, there's amazing stuff here.

October 27th, the Chicago Architectural Club offers up an event at the i-Space Gallery with architect Carol Ross Barney and Nancy Hamilton of ARUP, who, along with landscape architect Michael Van Valkenburgh, have been selected by the City of Chicago as the design team for the long-gestating Bloomingdale Trail, the abandoned raised railway that many see as Chicago's answer to New York's High Line. The event is a reception for the publication of CAC's Journal #14.

Make no Medium-Sized Plans - WORKac - October 29th at Madlener house, a presentation by the New York based firm in conjunction with the Graham Foundation's new exhibition, ACTIONS: What You Can Do With the City.

Yes, check out the full October calendar here, and watch that your head doesn't explode from contemplating all of the often competing possibilities.