I know everyone hates waiting for the elevator, but this is ridiculous . . .


On this Sunday's edition of CBS' The Amazing Race, contestants were freaking out at having to ride down a nine-story-high water slide in Dubai, into a pool filled with docile (?) sharks. 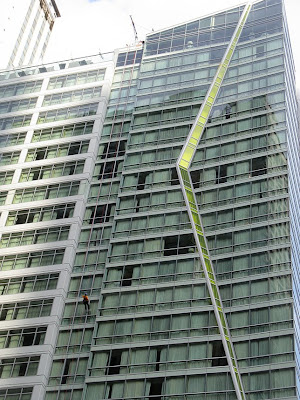 Pikers! Also on Sunday, up to 100 brave individuals chose to rappel down the 27-story-high facade of the Wit hotel at State and Lake, the new Jackie Koo design with the chartreuse lightning bolt that's fast becoming one of Chicago's liveliest new landmarks. 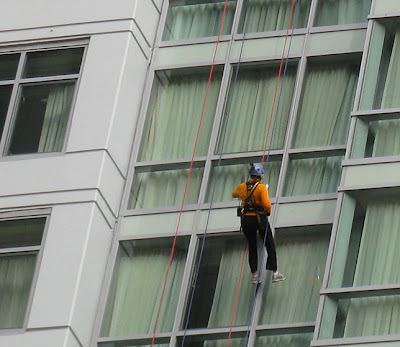 The "Skyline Plunge" was a fundraiser for the Respiratory Health Association of Metropolitan Chicago. Each plunger - keep the toilet jokes to yourself, please - ponied up a $150 registration fee and was committed to raising at least $1,000 in pledges, for an overall take for the day projected to be in excess of $100,000. 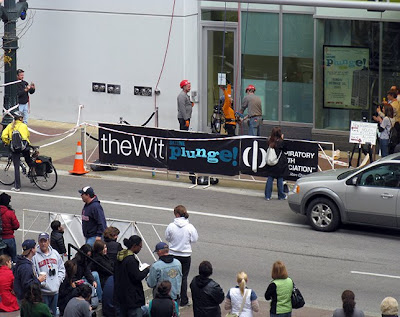 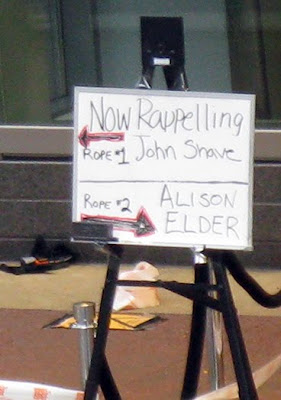 Next up will be a special fundraiser where brave spelunkers commit themselves to raising $10,000 each just to see whether there's any bottom to the black hole of the Block 37 Superstation.

Lynn, Nice coverage coverage of the Plunge at theWit on Sunday. I was one of the participants rappelling down the west facade.