Sunday reading: Moscow's 35,000 strays have got your number; plus: Hawthorne's Gang 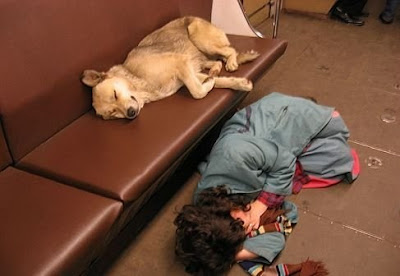 There's a fascinating portrait in this weekend's Financial Times (registration required) by Susanne Sternthal on the estimated 35,000 strays that have the run of dog-loving Moscow, where neutering is considered an atrocity, and there's even a website devoted to the strays. An elite subgroup of about 20 are reported to have learned to ride the subways. using them to commute from the suburbs to the city in search of food, which they've become especially skilled at wangling from residents. Sternthal quotes animal behaviorist Andrei Neuronov:

They orient themselves in a number of ways. They figure out where they are by smell, by recognising the name of the station from the recorded announcer’s voice and by time intervals. If, for example, you come every Monday and feed a dog, that dog will know when it’s Monday and the hour to expect you, based on their sense of time intervals from their biological clocks.

The strays are considered beyond domestication, and scientists are speculating that, over time, they are reverting to a more wild, wolf-like state. Even so, they've developed a way to co-exist with the city's two-legged inhabitants and their environment. Read Sternthal's intriguing story, complete with striking photographs, here. For more, here are articles from the Wall Street Journal, and the website English Russia. 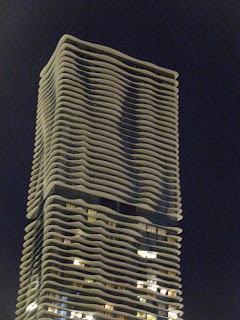 women in architecture, Viagra, testosterone, and Bob Stern on why there are fewer women architects because they get distracted by having children. It's a tricky topic, but I have to be honest with you: I think my piece from four years ago, Designing Women, is a bit more focused than Hawthorne's.

Feminine/masculine in architecture is certainly a valid, important - and fascinating - topic, but, at least in this case, I come down on the side of Stanley Tigerman's way of looking at it: "Jeanne Gang is a god-damn good architect. Period."