At the Calatrava Spire, the hole just keeps getting deeper. Remembering the dream. 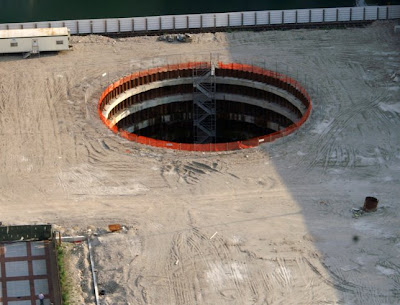 photograph: Bob Johnson
Both Crain's Chicago Business and the Tribune are reporting that Clarinabbey Ltd, one of an interlocking group of companies controlled by Irish developer Garrett Kelleher, is declaring as a loss its $135,000,000 investment in Shelbourne North Water Street LP, the company behind the Santiago Calatrava designed Chicago Spire. "There exists a fundamental uncertainty over the company's ability to meet its obligations . . . ," Clarinabbey is reported as stating in is annual report. More from the Irish Times here.

The phrase "down the Spire hole" now officially enters the Chicago lexicon. As in: "Contemplating his third place finish in the Republican primary for governor, Andrew McKenna couldn't shake the vision, passing in front of his eyes in an unending loop, of 4,000,000 dollar bills floating lazily, yet irretrievably, down the Spire hole."

At some point in the not distant future, I hope to consolidate my writings about the extraordinary story of Spire, including a catalogue of images. For now, however, let's just turn back the clock to a happier time, from a photoessay here. 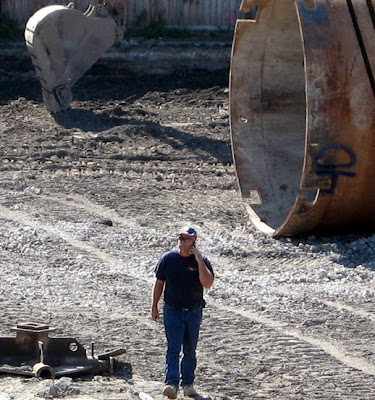 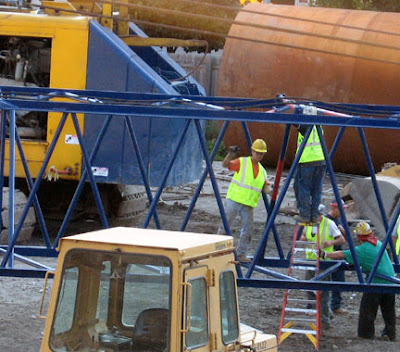 And back even further, before a spade of earth was turned, to when the Spire was still Santiago Calatrava's perfect, pure poetic vision. 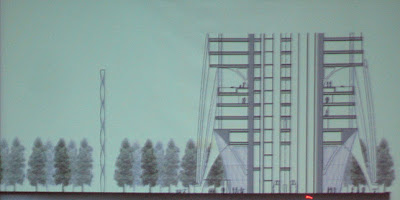 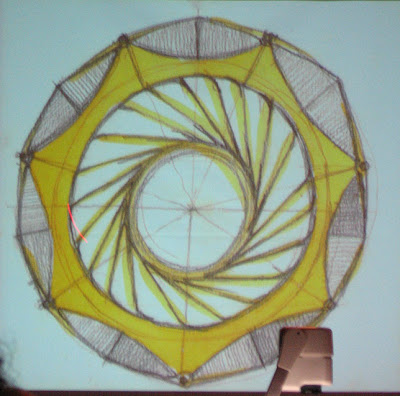 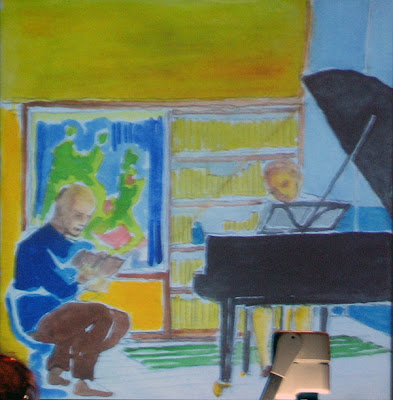 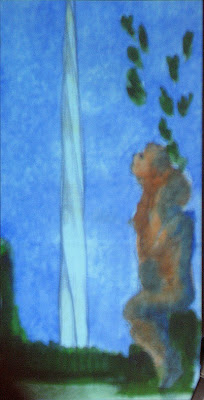 I thought the Spire was bloody hideous, to be honest I'm somewhat pleased with the projects ongoing collapse.

They could flood it and use it for scuba diving.

The spire seems a bit "Rococo" with it's twisted column form. A bit flamboyant for the grided city. A much more appropriate circular plan might be along the lines of the shelved 7 S. Dearborn with it's super core - outrigger design. The Rococo is a combination of the old french for "stone" and "Shell". One wonders if seashell design analogy and concrete construction arent Rococo's second coming to the lakeshore. I to am relieved this monster didn’t impose on a well balanced skyline and even more relieved the Erasmus bridge rip off isn’t going in.

Let's hope that twisted skyscrapers and other bad architectural habits propped up by the weakest of ideas are left to the first decade of this century.