Once again we're atoning for our oversights: we've got four great new events to add to the May calendar.

On Thursday, the 13th, it's the 4th annual ACANemy awards for CANstruction 2010 in which teams from Gensler,

Alfred Benesch, Wiss, Janney, Elster, Nagle Hartray and 11 others compete to create structures entirely out of metal cans of foods that will be contributed to the Greater Chicago Food Depository after being on display at the Merchandise Mart through June 1st, where the judging and awards reception will take place 6 to 8:30 p.m.

Later that evening, at 6:00 p.m., at the Chicago Architecture foundation, Pierre- 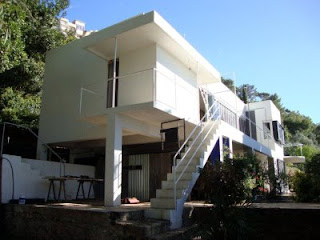 Antoine Gatier, Chief Architect of Historic Monuments, will talk about The Restoration of Modern: The Buildings of Le Corbusier. It's the high point of the Richard Morris Hunt Fellowship 2010 Reunion, taking place this year in Chicago, Wednesday through Saturday.

On Friday, the 14th, the McCormick Bridgehouse & Chicago River Museum will be 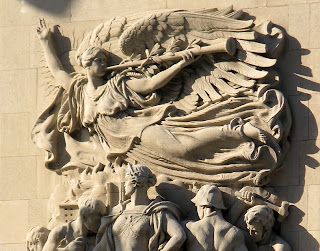 celebrating the 90th anniversary of the Michigan Avenue bridge, with speeches, special tours, and a cake from Swedish Baker. With the spectacular sculptures by James Earle Fraser and Henry Hering, Bridge Mich doesn't look a day over thirty (although I've heard she's had a lot of work done.)

Friday evening, there'll be another major event, when Chicago cultural historian Tim Samuelson lectures on and 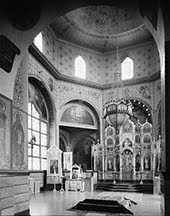 at Louis Sullivan's Holy Trinity Church, at 7:00 p.m, in a special fundraiser for the church's restoration fund.

A week from Tuesday, on May 18th, from 6:00 to 8:00 p.m., in Oak Park, the Unity Temple Restoration Foundation will be celebrating the restoration of the south roof slab of Frank Lloyd 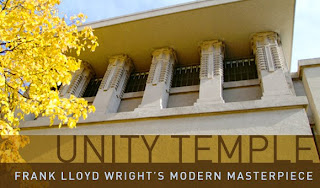 Wright's masterpiece which, entering its second century, is undergoing an extensive - and expensive - repair and restoration. There will be food, wine, tours and updates, and a chance to make your contribution to securing this world-class building for future generations.

And the Tuesday after that, May 25th, ULI Chicago will be sponsoring an extremely timely breakfast panel on The New McPier - The Future of the Convention and Tourism Industry in Chicago.

Also this week, there's a lecture on White House Interior, 1865 - 1902 at Glessner House on Tuesday, Martin Felsen on their Growing 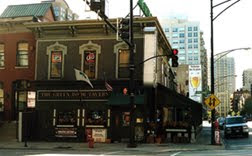 Water concept at AIA Chicago, Gordon Gill giving a lunchtime lecture on Smith+Gill's Chicago Decarbonization Plan at CAF, and Preservation Chicago's Drinking in Your History fundraiser at the Green Door - all on Wednesday.

There are over 40 great events still to come this month. Check them all out on the May calendar of Architectural Events here.

Canstruction is a "must-see" for a good cause!