Beyond the Carping: Archeworks Infrastructures for Change Takes on the Great Lakes; plus Archeworks goes to Venice Biennale

OK, so we finished congratulating ourselves on Daniel Burnham's 1909 Plan of Chicago with the close of last year's centennial celebration. Where do we go from here? Chicago's alternative design school Archeworks is looking to find at least some of the answers this coming Thursday, June 3rd, with

their day-log Infrastructures for Change Symposium at the CMAP offices in the Willis Tower, co-sponsored by the Metropolitan Planning Council and Openlands.

The symposium "will be structured around three urban challenges facing Chicago and cities everywhere in the 21st Century: shrinking economies, health crises, and ecological security." The focus is on the region's greatest natural resource: the water of the great lakes. The goal is to "initiate a new blueprint for action toward imagining and inventing a 21st Century Great Lakes Model for global city building," with three panels:

The day will begin with a keynote address from Cameron Davis, Senior Advisor to the U.S Environmental Protection Agency, active in the Obama Administration’s Great Lakes Restoration Initiative. Proceedings are scheduled to published with the support of the Graham Foundation.

Information about the symposium, including bio's of all 16 speakers and participants, here. Early registration ($75.00) has been extended through June 1st, and you can register here. 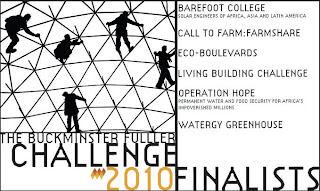 of one of Chicago's most innovative architectural firms, UrbanLab, their Eco Boulevards concept won the History Channel's 2006 City of the Future Competition. Their Growing Energy/Water: Using the Grid to Get Off the Grid, co-developed with Archeworks, won the $100,000 Latrobe Prize from AIA for the most innovative research project of the past two years. And this week is shaping up as a busy one for the team. Not only is there the Thursday symposium, but on Tuesday, the winner of the $100,000 2010 Buckminster Fuller Challenge will be announced, in which UrbanLab's Growing Water has been named one of six finalists.

And if that's not enough, Archeworks is also going to this year's Venice Biennale. They're one of a 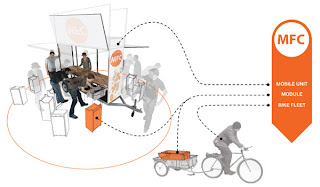 team of seven participants creating, for Atlanta's High Museum, the exhibition Workshopping: An American Model of Architectural Practice, which "explores the role of the trans-disciplinary collaborations in architecture, spotlighting seven architecture projects with a focus on research and social engagement." This year's Venice Biennale opens August 29 and runs through November 21. The watery city, perpetually threatened with being swallowed up in the sea, should be a natural setting for Felsen, Dunn, Archeworks and their whole aquatically obsessed crew.