Mies was approached about the commission for the IBM Building in 1966, the year of this 80th birthday. According to an article in the July 1972 edition of Inland Architect, Mies arrived to inspect the site in a wheelchair, impaired by the arthritis that had plagued him for nearly a decade. Looking at the irregular 1.6-acre plot hugging the north side of the Chicago River between Wabash and State streets, Mies asked, somewhat perplexed, "Where's the site?"

As I wrote in The Reader a while back, the dirty little secret is that a primary purpose of the the Commission on Chicago Landmarks - kept squarely under the thumb the Department of Planning, now Zoning and Land Use Planning - is to make sure preservation never inconveniences clout-heavy developers. Stating this rather obvious fact provoked the expected outraged letter to the editor from the bureaucrat-of-the moment heading up Planning, attacking me for slighting the hard-working staff of the Commission. This, of course, was the 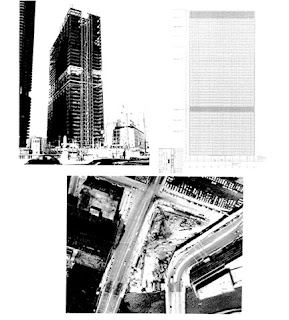 usual smokescreen non-response to the real issues I raised.

The dedicated staff of the Commission on Chicago Landmarks do remarkable work, and now some of best of it can be downloaded from the city's website.

Every time a building or district is proposed to be made a landmark, the staff creates a report documenting how the nominee meets the landmark ordinance's criteria for designation as an official Chicago landmark.

This analysis actually usually only takes up the last few pages of each report, and while those few pages are what gets a building on the roster, it's the balance of the report that's enduringly valuable, where commission's staff creates an incredible work of scholarship, generously illustrated, of the building and its place in the history and architecture of Chicago.

The report for the IBM Building, for example, quoted above, includes not only a detailed section on the building's architecture, but also a history of the IBM Corporation, an account of The Evolution of the "Miesian" Skyscraper", a biography of Mies, and an extended bibliography.

Even more fascinating are the reports on less famous, but also important buildings.

You may well know, for example, the building at 2545 West Diversey that now houses the Green 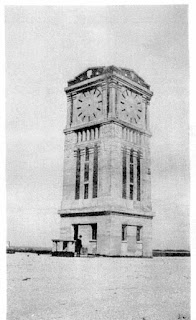 Exchange, created to house hundreds of eco-friendly businesses. You may also remember its four story tower from when it bore the the name of Cooper Lamp. But did you know the 1914 building began as the Vassar Swiss Underwear Company, offering Ribbed Union Suits for Gentlemen? Or that the tower was built to house a gravity water tank? Or that its architect, Lawrence Gustave Hallberg, also designed the structure at Ontario and LaSalle that's now the anchor store for The Sports Authority?

Or consider an entire district like Chatham-Greater Grand Crossing If you live there, you know it's full of buildings that give the neighborhood its distinctive character, buildings you may have grown so used to, you've almost stopped seeing them, or appreciating their contribution to the fabric of the city. The commission report brings each building alive, giving you the backstory, the architects, the history. Photographs, both contemporary and historic, give you a feel for the qualities of each structure.

Until recently, you had to go down to the Landmarks Commission meetings to get these reports, simply photocopied with plain, green cardboard covers. Now, in a major 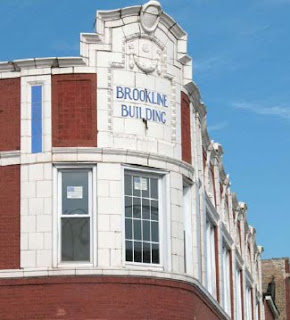 coup, they've begun to put them up on the Zoning and Land Use Planning website. (They're not, however, available off of the official Chicago Landmarks page, which was suffered a major hit after recently being incorporated into the homogenized standard-look-and-feel City of Chicago website redesign, leaving many dead links behind.)

Right now, you can download PDF versions of the reports for 24 recently designated landmarks, plus another six 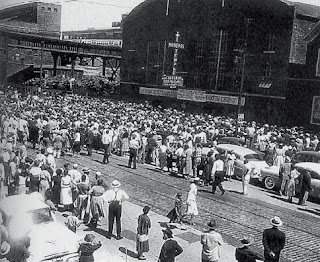 structures currently under consideration. The subjects range from Wrigley Field to the Lorraine Hansberry House, the Germania Club to Roberts Temple Church of God in Christ, which includes a superb history of Emmit Till, whose 1955 open casket funeral at the Church was one of the major turning points in the battle for civil rights.

Let's hope they can get start getting the older reports online, as well. (If I can be of any use, I'm volunteering to help.) But even now, some of the best Chicago history can be found on this page.
(Click on time for permalink) 9:52 AM

Thanks Lynn. I get some great information from your blog.

They're also filed at the Harold Washington

What a great tidbit of information! I look forward to the day when I don't have to bother the nice people at the Landmarks Commission for all of their informative reports -- and instead find them all online where they should be . . .