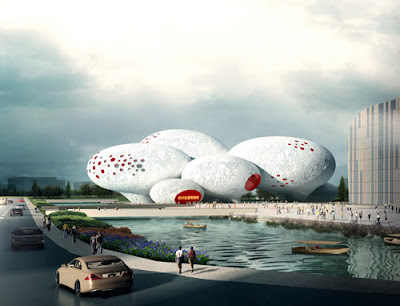 "Don't the chickens participating in those commercials known what he has in store for them?", the fine-feathered alien inquired.

Go ahead.  Call MVRDV's latest design comical.  They won't mind at all.

It's their winning entry in a competition to design a new home for the China Comic and Animation Museum (CCAM) in Hangzhou, China. 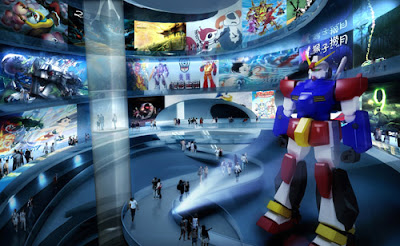 And those aren't really eggs, but speech balloons, "a series of eight balloon shaped volumes create an internally complex museum experience of in total 30.000m2. Part of the project is also a series of parks on islands, a public plaza and a 13.000m2 expo centre. Construction start is envisioned for 2012, the total budget is 92 million Euro."


Services such as the lobby, education, three theatres/cinemas with in total 1111 seats and a comic book library occupy each their own balloon. If two balloons touch in the interior a large opening allows access and views in-between the volumes.  . . . One of the balloons is devoted to interactive experience in which visitors can actively experiment with all sorts of animation techniques like blue screen, stop motion, drawing, creating emotions etc. The core attraction of this space is a gigantic 3D zoetrope. The routing of the museum permits short or long visits, visits to the cinema, the temporary exhibition or the roof terrace restaurant. The façade of the museum is covered in a cartoon relief referring to a Chinese vase. The monochrome white concrete façade allows the speech balloons to function: texts can be projected onto the façade. The relief was designed in collaboration with Amsterdam based graphic designers JongeMeesters. 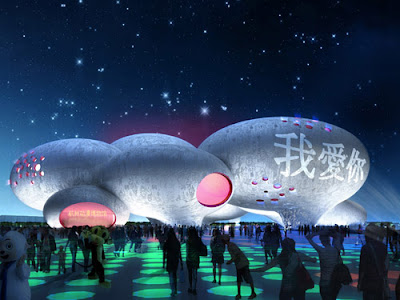 It was announced this morning that MVRDV's Winy Maas was been made a Chevalier de la Légion d'Honneur.
(Click on time for permalink) 7:36 AM