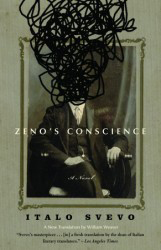 It's a new month, and you still have all of your 15 free accesses before the New York Times disappears behind the paywall, so check out Adam Begley's great travel piece on Trieste which recounts the story of the city's greatest writer, Italo Svevo, to whom James Joyce, while tutoring Svevo in English, would read the emerging chapters of Dubliners, and whose great novel Zeno's Conscience was rescued from neglect by the energetic support of Joyce, who is also speculated to have drawn freely on Svevo's character for the creation of Leopold Bloom. Elsewhere, in a single column Nicholas Kristof covers the massive contradictions of China, from brutal repression to astonishing development, and the grave challenges - and opportunities - they present to the United States. Over at the Financial Times, Nigel Andrews eloquently covers the singular achievement of Orson Welle's Citizen Kane.
(Click on time for permalink) 1:49 PM