Kissinger's China - also in the FT, the last British governor of Hong Kong, Chris Patten, reviews Henry Kissinger's new book On China, and paints a portrait of a brilliant man devoid of any moral sense. In his latest work the chronic enabler of blood-soaked tyrants offers up a whitewashing of Mao's crimes, to which Patten provides an sobering rebuttal.

On the music front, The Financial Times finds Glyndebourne's Meistersinger flavorless mush, and reports that, after a slew of cancellations of dates earlier this year, including Chicago, Maurizio Pollini was back in top form at a Royal Festival Hall recital that included Chopin, Schumann, and Stockhausen Klavierstücke. 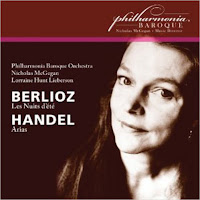 Over at the Sunday New York Times, David Streitfield's Funny or Die: Groupon's Fate Hinges on Words suggests that Groupon's continued success may hinge on its gagwriters - "musicians, poets, actors and comedians" who write the copy that keeps subscribers clicking coupons.

Elsewhere, Zachary Woolfe has a glowing review of the new live recording from 1995 of Lorraine Hunt Lieberson's sublime acount of Berlioz's Les Nuits d'Ete , plus a selection of Handel arias, a must-have release that has been topping out my iPod for the past few weeks.