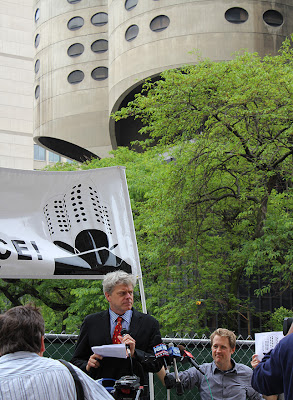 click images for larger view
At a rally this past Wednesday, Vince Michael, looking like he's mad as hell and about to go beat the crap out of Northwestern, announces that the National Trust for Historic Preservation has named Prentice Hospital, designed by architect Bertrand Goldberg, one of its Eleven Most Endangered Historic Places in America for 2011. 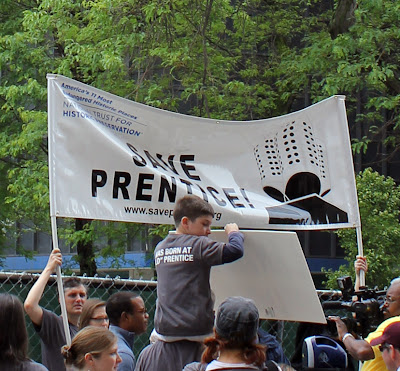 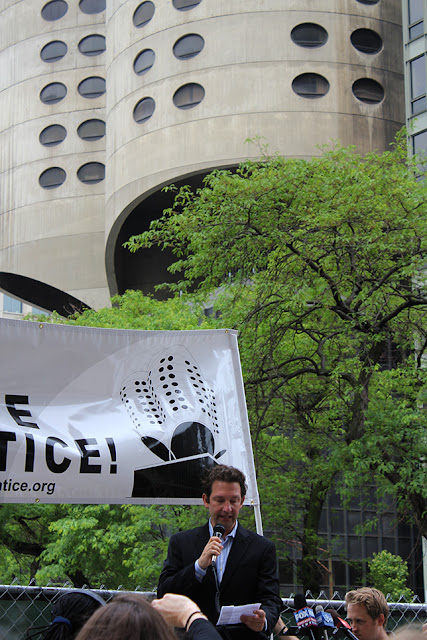 Zurich Esposito of AIA/Chicago was joined by Landmarks Illinois' James Peters and Preservation Chicago's Jonathan Fine at the rally, held just outside a two-block square site across the street from Prentice that Northwestern has left empty and gravel covered for the past two years.  Their organizations, all part of the Save Prentice Coalition, are calling for landmark designation to protect Bertrand Goldberg's iconic Chicago building from Northwestern's plans to demolish it for still another vacant lot. 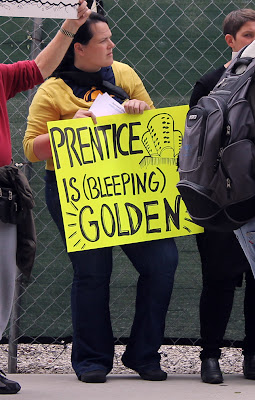 Add your name to the petition here.