Look at this landscaping . . . 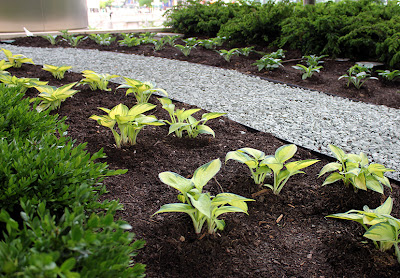 click images for larger view
If you had never been in the place before, no doubt it would strike you as professional and pleasant.  Then why, when I first saw it about a week ago, did my heart sink into my stomach?  Because I was expecting this . . . 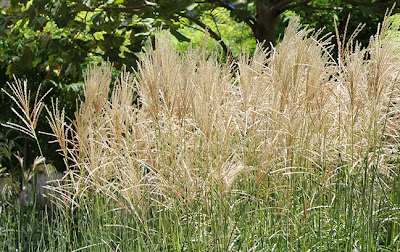 This is an example of the absolutely wonderful landscaping designed by Hoerr Schaudt Landscape Architects for the Trump Tower riverwalk, a rich, complex composition of native plantings that was a delight, as I've written before, even in the winter's snow. 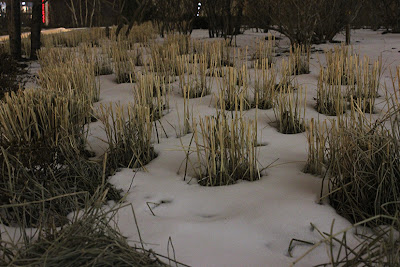 Now it's all gone.  According to Tribune architecture critic Blair Kamin's report, when Peter Schaudt first saw what had befallen his design "I was aghast.  My mouth dropped."  Which was pretty much my reaction when I saw the workers from McFarlane Douglass destroying Schaudt's work, for this . . . 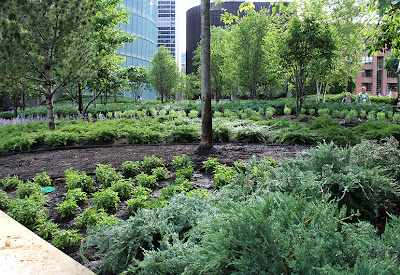 According to Kamin, Schaudt was not even given the courtesy of a call to warn him.  Daniel Weinbach and Partners were called in to replace him.  Weinbach is certainly capable of fine work.The firm's  tall-treed plaza for One South Dearborn is one my favorite new public spaces. Apparently, however, all Trump management was asking for was something comfortably generic, lots of the kinds of plants that people are used to seeing everywhere else, lots of evergreens that show no signs of decay, no winter's death, a kind of landscaping botox that turns the wonder of nature into a denial of the seasons. 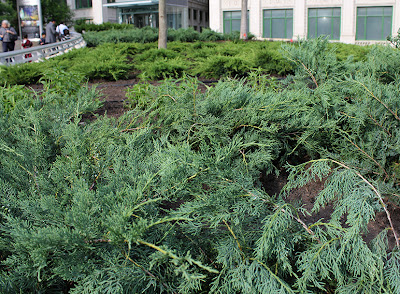 They've already made gravel a big part of the design.  Why not just replace everything else with plastic and be done with it? 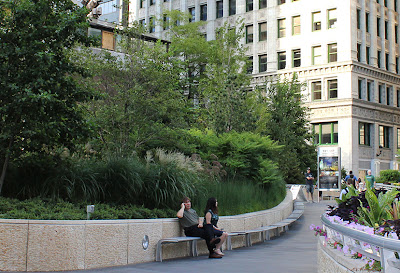 Schaudt's design was unlike anything else you could find in downtown Chicago, a special place that took seriously Trump's claim to uniqueness, giving the riverwalk a spectacular beauty. 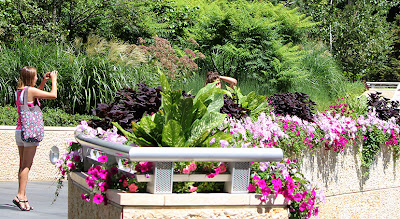 Now the Trump landscaping looks pretty much like what you can find in any suburban apartment complex.  Serviceable.  Common.

If you've been around for a while, it shouldn't be a surprise, but it still shocks: aim low, and you can live forever. Create magic and be prepared to watch it snuffed out impatiently, as if it were a disease.  Yet for all who experienced and loved it, Schaudt's landscape will endure clean and bracing in our memories, even as its replacement is forgotten the moment you walk past it. 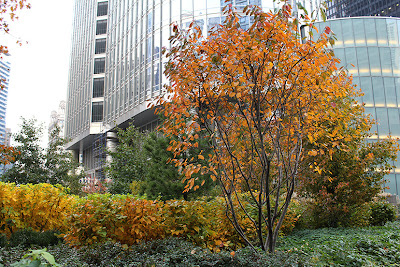 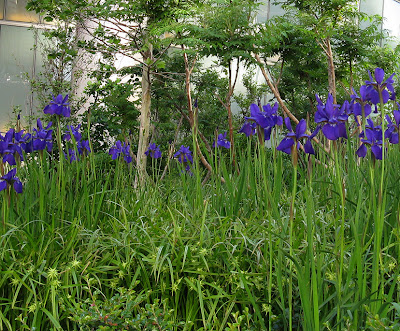 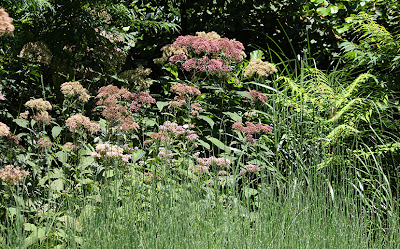 Now more appropriate for the building on the site.