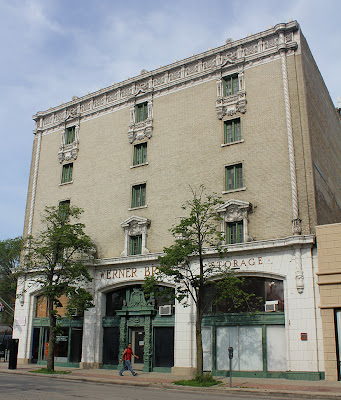 click images for larger view
At first glance, the cold storage warehouse on Paulina just north of Howard seems a standard 1920's-era brick box leavened by classical terra cotta ornament, but there's just enough eccentricity to make you wonder if Leon Schlesinger may have changed an "a" to an "e" and done some moonlighting in the architecture racket. 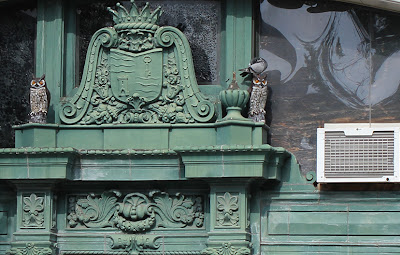 The white and black swirls above the air conditioner may appear more Aubrey Beardsley than Chuck Jones, but the family crest - awaiting decryption - guarded by two later-addition owls, adds a bit of WB surrealism, especially the bird to the right, which looks incensed by the pigeon perching on its head.

While on the terra cotta framing the entrance, curling tendrils appear to become the four hands of a leering grotesque on his throne, enrobed in a pincurl-lapeled mantle pulled back like a peeled skin to expose  his internal organs . . . 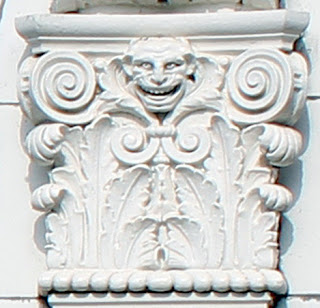 . . . and just above the door, a keystone of ornament seems to resolve into the pinched face of a puffy mandarin, a star of What's Opera, Doc? had its inspiration been not Wagner, but Puccini's Turnadot. 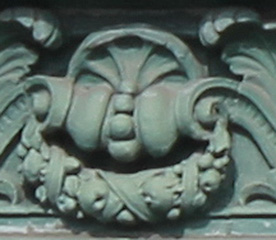 Thanks for your great information, the contents are quite interesting. Chicago Refrigerated Warehouse