A great city scales.  While it makes its mark most often at the mega end of the scale - Willis Tower, O'Hare, Millennium Park - it doesn't really work unless it bores down to the small detail of a single block. 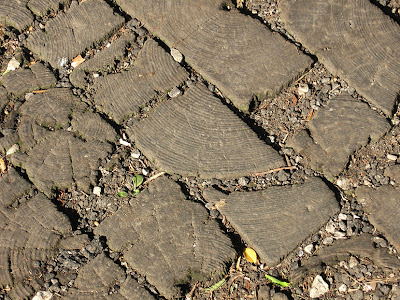 click images for larger view
An example of which can be seen in the photo above, taken in 2007, of Chicago's last complete wood block alley, located between State and Astor, just south of the Cardinal's mansion and coach house on North Avenue.  It was built between October 29 and November 23rd of 1909, when wood paving was still an  option for city streets and alleys, including in the Loop.  Wood blocks treated with creosote, a coal-tar derivative that kept out moisture, were created in batches of up to 30,000,  and could be had for $4.74 per square yard.  In the city of London in only one year, just one company laid down 370,000 square yards of wood paving, including in such major locations as Leicester Square.

All of Chicago's wood-paved streets are long gone.  The alley off of Astor was placed on the National Register in 2002.  The registration form contains an exhaustive history of both the alley and of the rise and fall of wood pavers. 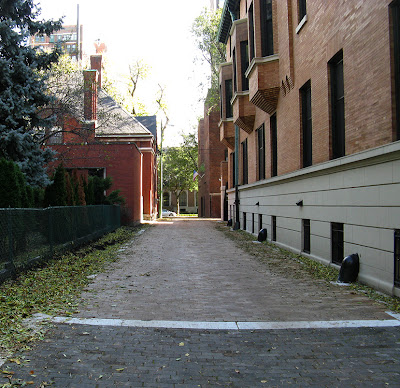 At the time of the 1871 Chicago Fire, 37 of the city's  61 miles of improved streets were paved with wood.  Although the paving was said to have fueled the fire, an 1872 report concluded, "The wooden block pavement, although considerably damaged on all the streets where it was laid, withstood the fire much better than was expected."  By 1891, 62% of Chicago's 774 miles of improved streets were paved with wood.  Although the use of stone for paving was judged superior and longer-lasting, wood endured because it was a plentiful and it was cheap - it could be had at about 1/3 of the cost of stone.  Over time, however, as Chicago exhausted the forests of the Midwest, the price of lumber increased, and by the time the Astor alley was created, the use of wood for paving was already in steep decline.  By 1934, the cost of a wood paved street was actually higher than than of asphalt, and only 400 yards of creosote pavers were deployed that year.  To put that in current perspective, Chicago currently has 1,900 miles of public alleys, with 3,500 acres of surfacing.

Restoring the alley off Astor became a long-term project, championed by former 43rd ward alderman Vi Daley, and Maureen O'Brien and the Gold Coast Neighbors of Chicago.  Their cause was taken up Chicago Department of Transportation Project Director of Streetscape and Sustainable Design Janet Attarian, who with co-workers and compatriots formed the band of "Blockheads" who taught themselves everything there was to know of the snares and challenges of wood paving in the 21st century.

At this Saturday's ribbon-cutting ceremony,  Attarian gave a fascinating account of the long, laborious process of figuring out how to restore a wood paved alley, which you can see in the video below, starting at about 1:50 in.  "Where do I get wood blocks? Well, nobody's making wood blocks.  No one's installing wood blocks."

The alley is 18 feet wide, and 919 square yards, with blocks that are four inches deep, by four inches wide and in sizes of 6, 8 and 10 inches in length.  The original pavers were cedar blocks, treated with creosote, set in tar and gravel.  To her surprise, Attarian found that the original base was of concrete, "not in that bad a shape concrete"

Attarian found only one company, Kaswell Flooring Systems in Massachusetts, still making the wooden blocks, but not for exterior use.  (Check out their website for a wealth of great historical information on the use of wood paving.) Today, wood blocks are used as distinctive elements for interior design, and on factory floors, where they absorb grease.  But when Attarian tested the blocks, they shrank and distorted within months.  Making them usable by treating them with creosote was out.  As a known carcinogen, it's now a banned substance.  And the type of old-growth cedar used originally is no longer available.

After a long search - for a while the only alternative seemed to be a wood found in virgin rain forest - she found the ideal replacement wood: black locust,  an "incredibly hard, incredibly stable wood that doesn't absorb moisture very well or very quickly . . . it turns out that it's sort of a scrap wood down in Pennsylvania - invasive weed trees."  So the supplier of the black locust was put in touch with the manufacturer to create the new pavers. 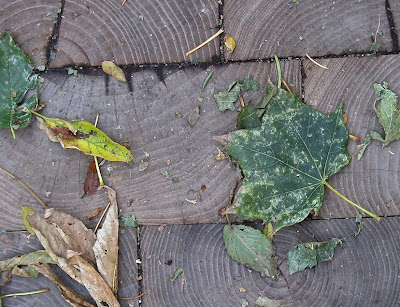 The entrance section of the alley off of State Parkway is now the "piece of the historical alley that we salvaged and sort of concentrated . . . the wood is exceptionally beautiful." 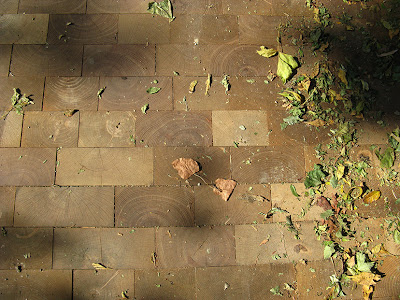 The new alley of black locust pavers stretches to Astor. As opposed to the original tar and gravel, the new pavers are set in sand.  Unlike the original alley, the restoration includes concrete bands to help keep the pavers in place.  The pavers use the heart wood cores of the trees, making for striking patterns. 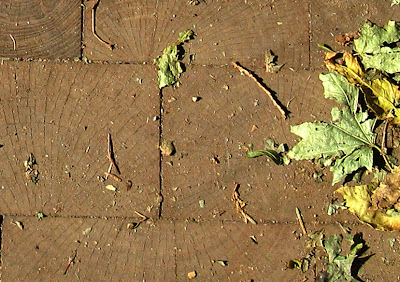 The original cost of the alley was $3,346.96 in 1909 dollars.  According to the price list that the City of Chicago distributes to alderman, the cost of repaving a block of alley with concrete is $95,000.  Non-concrete paving goes for $26,500 for the first block and $37,500 for each subsequent block.  To repave to adhere to the city's Green Alley initiative, which replaces expensive storm sewer connections with a permeable paving that allows water to soak into the soil or infiltration basins, and uses a light, reflective surface to reflect solar heat, the cost per block is $125,000. According to an article in Skyline, the cost for restoring the Astor Street alley was $400,000, paid for out of an alderman's annual allotment of $1.35 million for ward projects they select.

Is it worth it?  In these days of budget cuts and layoffs, with libraries cutting hours, and police and fire stations consolidating, it's tempting to say no, but down that sackcloth-and-ashes path lies a dull, dead city, where beauty becomes an extravagance, and living, a bargain-basement slog.  If everyone did their job right, the beautiful wood alley off of Astor could last another 100 years, and $4,000 per annum seems a reasonable price to to secure this irreplaceable part of Chicago history. 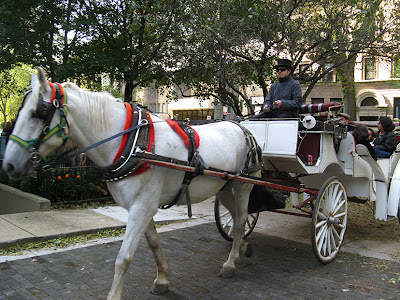 The post you have written about Driveway in very a good manner and it entails many useful information for me. I appreciated what you have done here. I am always searching for informative information like this. Thanks for sharing with us.
Paving Supplies

If you have any questions about the wood material used, block sizes, etc. let me know I worked with Kaswell flooring to get the best possible replacement for creosote treated blocks. I still have 2 samples in my back yard that show no sign of decay.