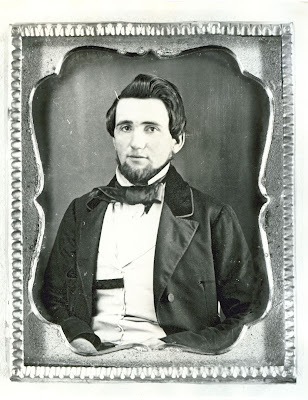 It was always a pleasure to interview Mr. Pullman, for he had a way of making you feel at ease, and I entered heartily into the humor of his jocularity.  But, as in a bantering way, I let out link after link of my chain of evidence, he . . . finally made frank confession that I was on the right track, by acknowledging that they had already bought many hundreds of acres, were negotiating for many hundreds more which would be advanced to prohibitive prices by publication, and the whole scheme would be wrecked.  On the other hand, if I withheld publication, he promised that I should have the matter exclusively . . .  Pullman strenuously insisted . . . that the enterprise should in no matter be presented as a philanthropic one, but,  in all aspects, as a strictly business proposition.
- Frederick Francis Cook, Bygone Days in Chicago

The American Planning Association on Tuesday named The Pullman Neighborhood as one its Great Neighborhoods in its  2011 Great Places in America.  Galena was cited as one the year's Great Streets.   The APA's history of Pullman, save to a single reference to "a worker strike",  is pretty much cleansed of any accounting of the company town's contentious origin and troubled life.  George Pullman - he's the "Mr. Pullman" in the quote above, conceived his idealized idea of a town in the late 1870's on a tabula rasa that would be miles away from the corruptions, regulation and taxes of Chicago proper. 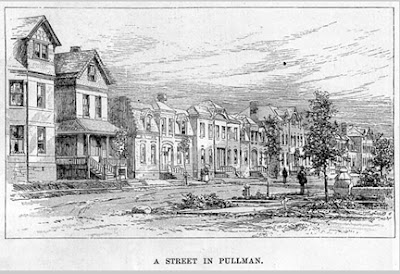 Designed by 27-year-old architect Solon Spencer Beman, the Town of Pullman was a marvel, replacing dirty, crowded tenements with model housing  with state-of-the-art sanitation and indoor plumbing, a beautiful park, lush landscaping, an indoor shopping center, a library and even a theater.  In exchange Pullman kept a rigid control: only one non-denomination church; no room for Catholic churches or Jewish synagogues.  Workers had to leave town to get a drink The only place you could buy liquor was at the upscale Hotel Florence, which Pullman had named after his daughter. 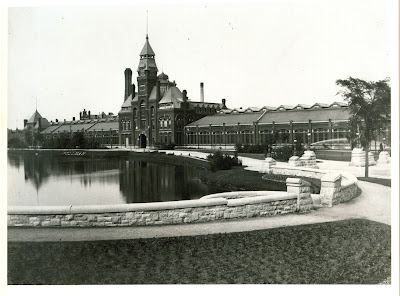 The Utopian Pullman lasted little more than a decade.  A devastating economic crash in late 1893 resulted in George Pullman slashing the wages of his workers while refusing to lower the rent they paid for their company-owned housing.  The "worker's strike" referred to by APA was one of the  central events of the century, sweeping the nation and paralyzing Pullman's operations, both at his company town and on the rails across the country.  President Grover Cleveland did Pullman's dirty work by calling out 12,000 army troops to break the strike.  In the classic photo below, you can see onlookers in their Sunday past watching militiamen cordoning off the Arcade building, waiting for something interesting to break out. 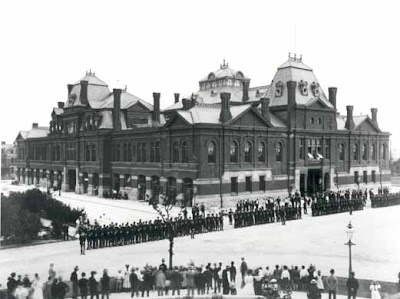 Now those conflicts are ancient history, but Pullman endures. 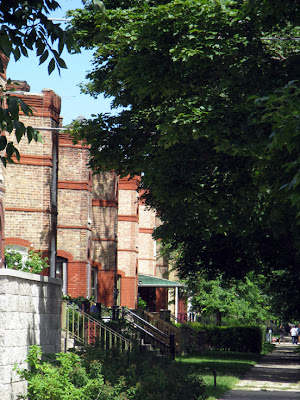 They've yet to find a use for the old Administration Building (Lee Bey has proposed it would be a good place for the Obama Presidential library) . . . 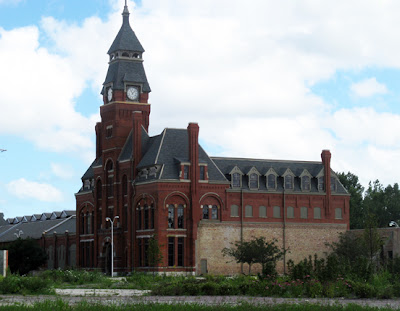 . . . restored after a disastrous fire.

The beauty of Pullman's thoughtful plan and of Beman's simply yet elegant structures, now far removed from their embattled gestation, shines anew.  While it began to breath as a living, democratic thing only after it was wrested from his authoritarian control, in the Town of Pullman, George Pullman, ahead of his time, created what remains one of the best examples of a planned community. 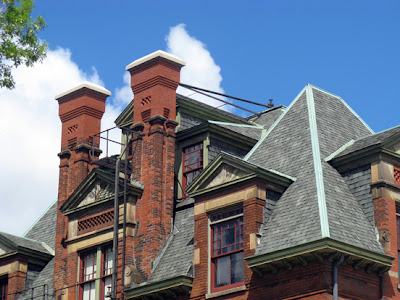 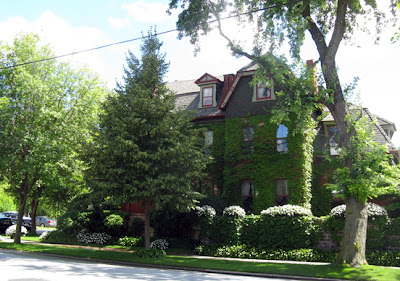 Actually, the Administration Building will (hopefully) be the site of an Industrial Heritage Museum in the near future. Several groups have been obtaining artifacts for many years now (some are already stored in the building and on the grounds), working under the auspices of a group known as The Calumet Heritage Partnership. http://www.calumetheritage.org/index.html