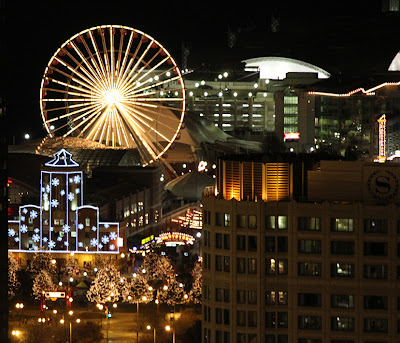 click images for larger view
Apparently, when it comes to architects and designers, nobody doesn't like Navy Pier, which announced today that 50+ design teams have responded to an invitation to vie for the chance to redesign the popular tourist attraction.


The international search for designers of a new “Pierscape” represents the first step in implementation of the Centennial Vision planning framework for redevelopment of the Pier as it approaches its 100th anniversary in 2016. Navy Pier Inc. (NPI) and the Metropolitan Pier and Exposition Authority (MPEA) jointly approved the planning framework shortly before NPI took over management of the Pier July 1 under a 25-year lease from MPEA.

The request for qualifications and design proposals sent out on September 1 asked for multi-disciplinary teams “to reimagine the public spaces at Navy Pier.” And based on the number and quality of the firms responding, imagination won’t be in short supply, said a key advisor to NPI in its search. 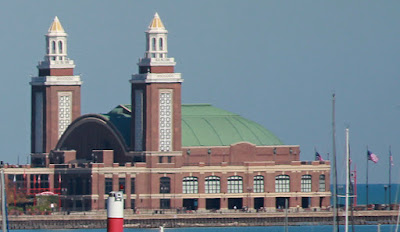 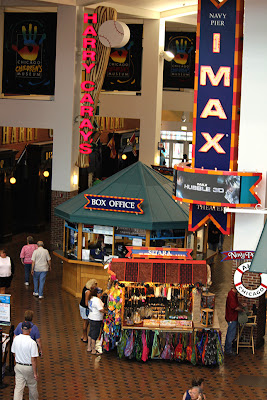 Many of the non-Chicago teams include Chicago partners: Christy Webber with AECOM, Bruce Mau with James Corner (and with Booth Hansen), Goettsch Partners with Ingenhoven, Solomon Cordwell Buenz with Machado and Silvetti, David Woodhouse with Miraelles Tagliabue, Destafano Partners with Rios Clementi Hale,  Brininstool Kerwin+Lynch with ShoP Architects, and Studio Blue with STOSS Landscpe  Zoe Ryan and Thirst  shows up as part of the !melk team, versus Robert Somol with UNSTudio, and Sarah Herda with Xavier Vendrell.  Throughout the mix, there are also names like Michael Maltzan, Adjaye Associates, Hoerr Schaudt, Hood Design, Atelier Ten, Foster+Partners (with Epstein), Theaster Gates, and Arup, pretty much all over the place.


The next step in the selection process will be to choose approximately 10 teams that will be asked to submit additional information about their team members, Haemmerle said. Then, approximately five design teams will be asked to submit design proposals and participate in oral interviews with Navy Pier. Final selection of a design team or teams that will work on the Pierscape is anticipated in February 2012.

Such an assemblage of talent, but how much vision can a bureaucracy tolerate?  Will the ultimate result be the next Millennium Park, or a giant mouse - a tweaked tourist trap?
(Click on time for permalink) 4:22 PM

What may be more interesting is which firms aren't persuing Navy Pier. This long list is a sad comment on the lack of real work for talented architects in Chicago.

What McPier seems to be looking for is, essentially, an exterior decorator. Most areas of the interior of the pier are off limits for this RFP which means that you can’t really fix it. They are looking to “re-image” the place but the only real construction they envision is to expand the Shakespeare Theater (who will doubtless choose their own architect) and add some bizarre notion of a “horizontal hotel” on the east end of the pier (sounds like a great place to stay during the winter months!) which will probably also end up being designed by whichever hotel chain most covets this great opportunity.

The rest is all widow dressing intended to “improve circulation”(in its original configuration the pier had a trolly that took people out to the ampitheater, now you'd better have your hiking boots on) and to convince Chicagoans, over the age of 13, that the Pier is someplace they would actually like to go to when their Aunt Minnie from Nebraska isn’t paying them a visit.

As best I can tell, reducing the $24/day doesn’t seem to be part of the plan. It’s a long walk to the Pier from the “L” or a drafty ride aboard an unreliable shuttle bus, so I don’t think the locals are apt to flock there regardless of what they do. The only thing that might draw would be concerts or performances that you can’t see somewhere more convenient ( that’s why the Shakespeare Theater is the only real success they have there now) and I’d question if the same people who run McCormick Place have the vision or the savvy to pull that off.

They are seeking a “World Class” designer with a worldwide reputation to salvage the mess they made of the previous incarnation. Given the state of the profession globally, I’m sure that they will find a starchitect, or two, who’ll be happy to take their money to try. All of the local “big dogs” will also be clamoring for their share of the handouts so I’d expect them to eventually hire some big name designer who’s partnered with Skidmore, or HOK or whomever, just to placate the local design community.

This will be much ballyhooed in the architectural press but it's hard to fathome that the end result will be any less dissapointing than the original "renovation" of the Pier was considering the limited scope of this competition and who, in the end, will decide what gets built.