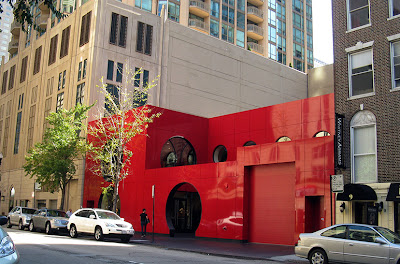 click images for larger view
Nestled in blandness between a 1907 neoclassical apartment house and the lumpen-Gothic parking podium of Lagrange's Pinnacle like a swift poke in the eye, it's the new three level, 16,000 square-foot home of Ikram, the high-end Chicago clothier best known as a fashion destination for First Lady Michelle Obama. 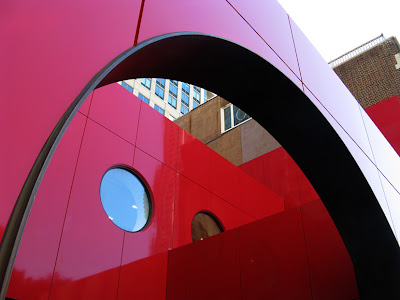 Described in one account as designed by Mario Aranda and built by Oak Park's Aria Group, the building's style is cubist orientalism, with a red-lacquer-like facade punctuated by huge circles of doors and windows and a keyhole entrance into an open courtyard.  (And how many Gold Coast shops have their own courtyards these days?)  The form is severe; the appliqué delirious.  It's like a really funky Lego set. 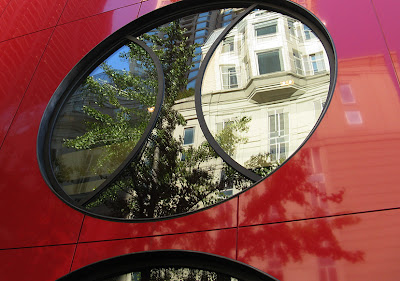 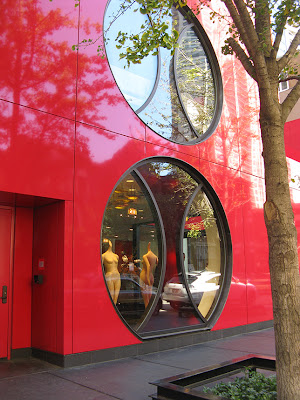 It's the kind of place where this is the only sign. 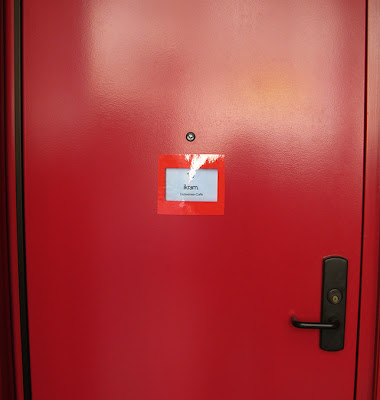 It's the kind of place where if you don't already know where you are, you probably don't belong there. 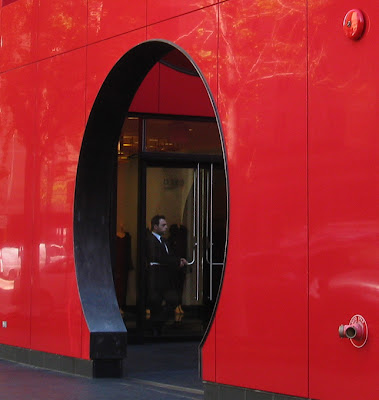 Whether it's true or not that the bold design was meant to compensate for Ikram Goldman's reputed shrinking-violet personality, there's certainly nothing quite like it.  And if you forget your morning coffee, you can always walk by to make sure you arrive at work fully awake. 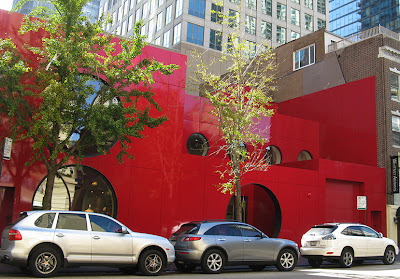 The courtyard comes form the days when this property was a restaurant called the Gaslight Club.

There is still a club at the O'hare Hilton.
http://www.gaslightclubs.com/