Reilly Drives the Stake Through the Heart: The Children's Museum in Grant Park is Dead, Dead, Dead 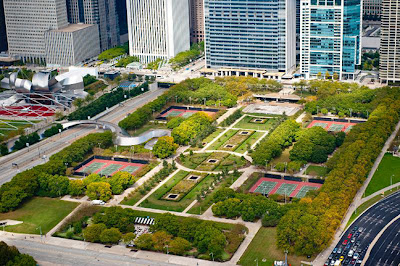 
On Tuesday, April 24th the City Council unanimously approved the ordinance I sponsored to repeal the Chicago Children's Museum controversial development "rights" in Grant Park. Many Chicagoans remember the very public debate between then Mayor Richard M. Daley and me that started in 2007 regarding the legality of the City's decision to allow buildings and development rights in Grant Park . . . 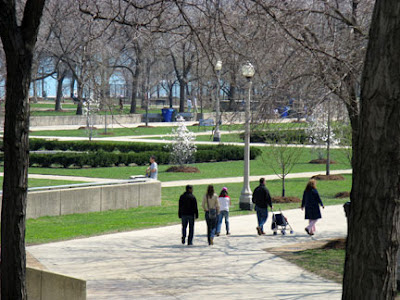 The very bad began with former Mayor Richard M. Daley and heiress Gigi Pritzker, who hatched the plan to violate the A. Montgomery Ward legacy of a Grant Park Forever, Open Clear and Free by cramming a new 100,000-square foot building into what is now Daley Bi-Centennial Plaza.  It was born in arrogance and went downhill from there, into the ugliest depths of raw power politics.

Daley and Pritzker conspired to smear anyone who dared oppose the museum's land grab as not only anti-child, but racists.  They enlisted Father Michael Pfleger to bus in people to hijack a community meeting on the museum, keeping area residents in side hallways. 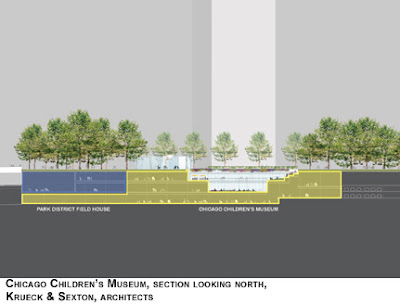 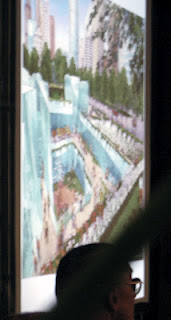 They recklessly sullied the reputations of many fine people, such as Jim Law, CCM's VP of External affairs who did great things when we worked for the city such as Chicago Great Places and Spaces, and the architects of Krueck & Sexton, one of the best firms in Chicago, who were given the impossible task of designing a subterranean museum where the children would enter from the gasoline-fumed reaches of lower Randolph, and the unenviable task of continually revising the design to try to peel off opponents.

They embarrassed cherished Chicago institutions such as the Art Institute, Lyric Opera, and IIT by fabricating their support for the museum in full page newspaper ads, refuted with quick, unambiguous denials.

And, lastly, they tarnished the long-standing and well-deserved reputation of the Pritzker family as benefactors of the city, as personified in the Pritzker Pavilion designed by Frank Gehry, right across Columbus drive from the Children's Museum site.

They lied, they cheated, they dragged their supporters through the mud - and they lost. 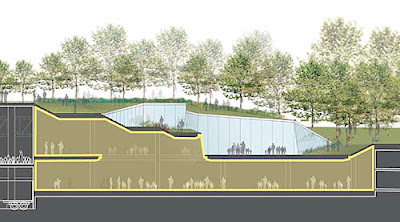 Why did they lose?  They will tell you that is was the economy, stupid.  When Wall Street crashed, money dried up.  There's no small measure of truth in that, but it's far from the whole story.  Every year, even in the worst post-crash years, Chicago cultural institutions raised millions of dollars from supporters.  The new Children's Museum raised next to nothing.  The massive swell of opposition to the Museum building in Grant Park poisoned the well.  What would normally be an automatic font of good will among the general public - charitable contributions - became toxic, as likely to generate scorn as praise.

And that was due to those who behaved very bravely, who persisted in the face of mayoral rants, who kept fighting against misdirections, deceptions and slanders.  This list is only partial:  Brendan Reilly, Richard F. Ward, Blair Kamin, the Chicago Tribune, the Chicago Sun-Times, Crain's Chicago Business, Greg Hinz, Friends of Daley-Bi, Near East Association of Residents, Peggy Figel, Andrew Patner, Mark Konkol.  There was so many others. 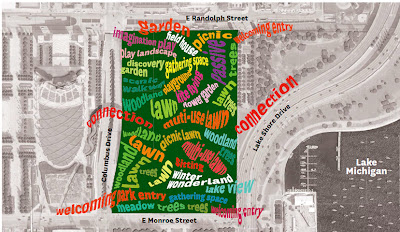 And here is what they achieved:  Montgomery Ward's legacy of an open Grant Park endures.  The Chicago Children's Museum - a fine institution, despite its dark period of insanity - has renewed its lease at Navy Pier, where it will grow and improve.  Daley-Bi - North Grant Park Park -  is now in the hands of a exceptionally capable design team led by Chicago Park District Director of Planning and Development Gia Biagi and architect Michael van Valkenburgh.  That team, with full public input, is creating a a new vision for the park's redevelopment that balances passive and active uses in an innovative  program.  A program that holds the potential of adding a another civic jewel to Chicago's lakefront, one that complements rather than competes with Millennium Park just to the east. 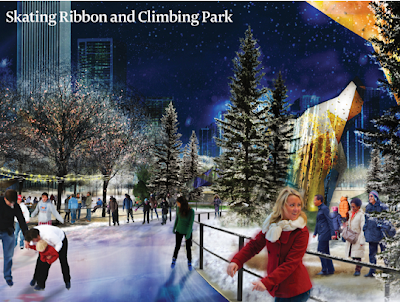 And most importantly, here is what they achieved:   In a time where various would-be tyrants - corporate, institutional, governmental - would have us convinced that whatever they're selling is inevitable and resistance futile - nothing is written.

There must be many good places in the city where the museum could locate and be an asset to its neighbors with far less immediate and longt-term problems. A nice spot on public trasportation with good access for buses, etc. A place where it doesn't have to compete for attention. With outdoor space for museum-related activities. An already-overstuffed park isn't one of them.