click images for larger view
In 1955, House Beautiful editor Elizabeth Gordon was instrumental in introducing the Taliesen Line of fabrics designed by architect Frank Lloyd Wright that were produced by the company founded by Frederick Schumacher in 1899. 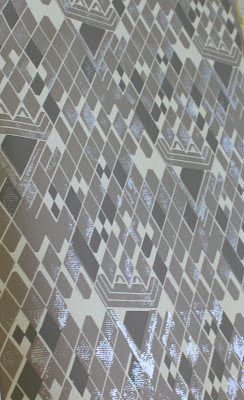 "Schumacher's Take Pride in Introducing Fabrics and Wallcoverings  Designed by World Famed Frank Lloyd Wright," read the advertisement, showing the architect standing at a table covered with the fabrics, while a roll of the wallpaper, curling up at the bottom, can be seen to his left.  It was the first and only textile line produced by Wright, and it was also accompanied by a palette of 36 paint colors for the Martin-Senour Company. 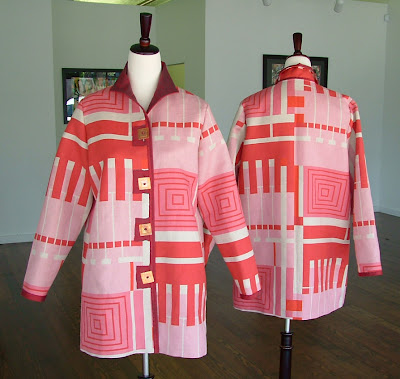 Samples of the products can be found in such institutions as the Art Institute of Chicago, and London's Victoria and Albert Museum.  Last year, the Price Tower Arts Center, housed in the Frank Lloyd Wright designed skyscraper in Oklahoma City, had designer Lauren Dreiling draw upon the fabrics to create the Mary Lou, a jacket honoring the wife of Price Company founder, H.C. Price. 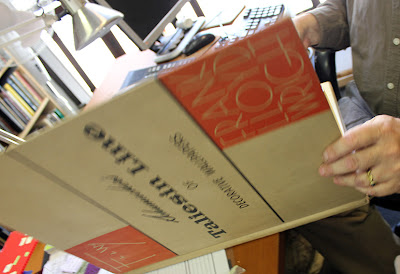 Even the catalogue for the wallpapers is now a collector's item, and it's not surprising that one copy is in the hands of Chicago Cultural Historian Tim Samuelson, whose excellent show, Wright's Roots, tracing the early years of Frank Lloyd Wright is now running at the Expo Gallery across the street from the Chicago Cultural Center.

The wallpaper collection draws on many of the fabric patterns . . . . . . including patterns with elements on a very large scale. 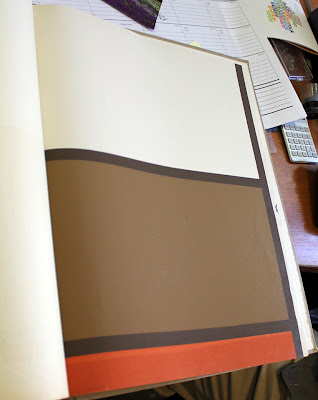 Many of the samples, however, were of the same geometric composition rendered in different combinations of color, some of which were very much of their time, if even then . . . 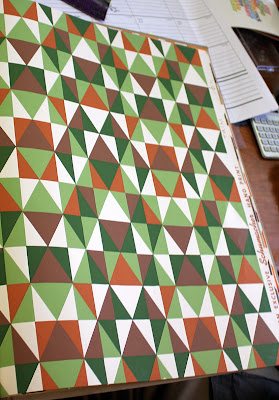 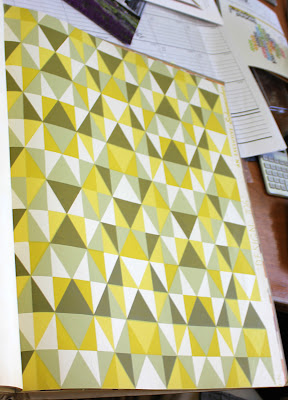 This, more sedately hued version of the pattern . . . 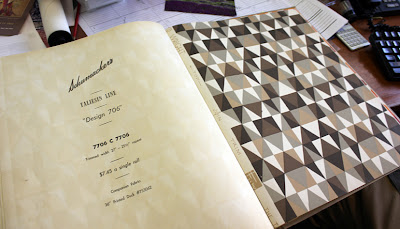 has been recreated on one wall of Wright's Roots.  You can see it in the photo below, as Tim Samuelson tells me about how Wright's change of mind about the windows of the Roloson Houses, is unveiled in Wright's Roots after being hidden for 85 years.  But that's a story for another day. 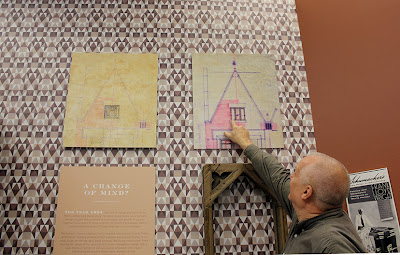 The Price Tower is in Bartlesville, Oklahoma. Bartlesville is approximately 2.5 hours to the northeast of Oklahoma City.