It's common knowledge that Jeanne Gang is for the birds.  She was a pioneer in thinking about bird strikes and the often lethal effect glass-walled architecture has on migrating species.  Her still-unbuilt design for the Ford Calumet Environmental Center not only deploys a delicate metal mesh to keep birds from crashing into the glass, but draws its inspiration from the kinds of nests turkeys built from materials both “natural and man made.”

Studio/Gang's relationship with fish may be less clear, but there's an unmistakable aquatic twist to much of the firm's recent work.  Their contribution to the Venice Biennale and recent exhibition, City Works: Provocations for Chicago's Urban Future, consisted of a model that put four different watery projects in a continuous terrain.  First Reverse Effect, the firm's proposal with the NRDC to re-reverse the flow of the Chicago River, then the new Lincoln Park Nature Boardwalk, the redesign of Northerly Island, and finally, a new boathouse on the river's north branch. 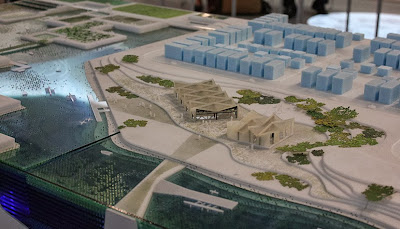 Saturday, October 19th, marks the official grand opening of what is now called the WMS Boathouse at Clark Park, named for the company, located just across the river, that gave $1 million towards the facilities $9.45 million cost.  ROWtoberfest will open the facility to the public from 8:45 to 2:00 p.m, featuring a 12:30 p.m., ribbon cutting and opportunity to lunch on a piece of the 65-foot-long “Chicago's largest bratwurst.” (It matches the width of a rowing shell)  The boathouse is the new home to the Chicago Rowing Foundation, which promises “the premier rowing center in the city, with year-round training and facilities unmatched in the region . . .  one of the jewels along the Chicago River.”  The boathouse is at 3400 North Rockwell.
Studio/Gang has back at the waterfront still again with last week's announcement Wisconsin's Beloit College has chosen the firm to lead the effort to turn Alliant Energy's century-old Blackhawk Generating Station, on the Rock River next to Beloit's campus, into an activity and recreation center for the school.
No details on the design have been released, and funding is still to be procured, but the thinking seems to be that the Studio/Gang brand will help in raising the $30 million cost of the project.  The college has defined a three-year-long ‘window’ to negotiate sale of the property from Alliant.  In the press release, Beloit President Scott Bierman stated the project “should be a model—for connecting college to community, campus to river, and our city’s past to its future while honoring the role Alliant Energy and its employees played in powering our state’s growth over a century.  This is a vision Studio Gang is already helping shape and make possible. We are thrilled to see what they can teach us, discover, and do for the college and our region.”  [full press release after the break] 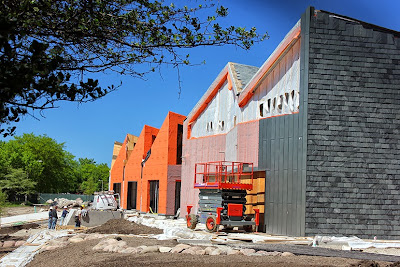 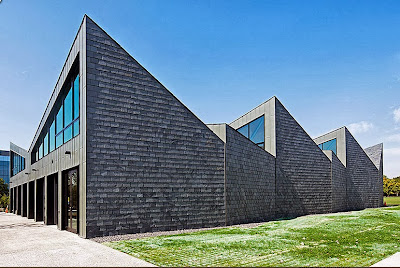 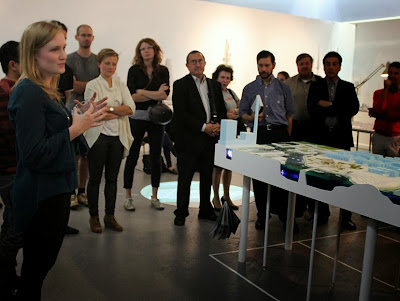 How I Built a Better City by Going Off the Grid 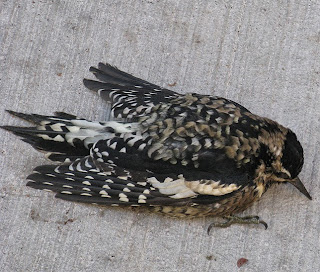 Smash the Birdie - The fatal allure of architectural glass 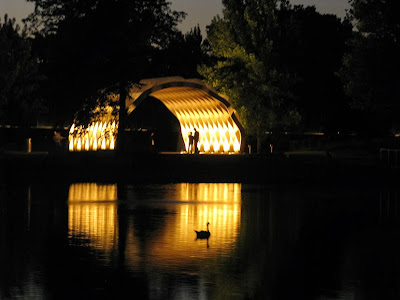 The college’s trustees approved the selection on Saturday after a series of updates regarding the college’s ongoing partnership with Alliant Energy’s Wisconsin utility, which has been working with college officials for more than a year to explore a possible sale of the Blackhawk Generating Station in Beloit. Alliant Energy officials and the college recently outlined a three-year window aimed at aligning and connecting their efforts so that the college and Alliant Energy would formalize a transition of the property in 2016, should all go well.

“We’re picking up speed,” said College President Scott Bierman. “Alliant Energy and the college have spent more than a year together investigating this opportunity and its challenges. We have a shared belief in, and enthusiasm for, this project and we’re ready to accelerate and further align our efforts.”

“This project should be a model—for connecting college to community, campus to river, and our city’s past to its future while honoring the role Alliant Energy and its employees played in powering our state’s growth over a century,” Bierman said. “This is a vision Studio Gang is already helping shape and make possible. We are thrilled to see what they can teach us, discover, and do for the college and our region.”

Chicago-based Studio Gang is recognized as one of architecture’s most innovative, well regarded, and closely watched firms—and one uniquely interested in projects aimed at connecting, enhancing, and restoring urban and natural landscapes. The firm is led by MacArthur Fellow and FastCompany Master of Design, Jeanne Gang, FAIA. In just the last year, Gang and her firm have been the subject of a solo exhibition at the Art Institute of Chicago and feted in the Wall Street Journal Magazine (“A Renegade Architect Connects Cities and the Natural World”). In September, Gang and Managing Principal Mark Schendel accepted the 2013 National Design Award in Architecture from the Smithsonian’s Cooper-Hewitt National Design Museum at a White House reception. Studio Gang’s work is designed to resonate with its specific site and culture while addressing larger global themes such as reuse and sustainability.

A selection committee composed of Beloit trustees, staff, faculty, and students selected Studio Gang “for their creativity, talent, vision, and care, but most of all—their enthusiasm for approaching this project as both collaborator and partner, learner and leader,” said committee co-chair and Dean of Students Christina Klawitter. Gang was one of five national firms approached (“recruited,” Klawitter says) for the project. The committee presented their selection to Bierman and the trustees at the October 5 meeting of the board in Beloit, which convened in the college’s LEED Platinum-certified Center for the Sciences building, whose northwest corner sits a little more than 100 yards away from the power plant.

“Together we can transform this historic structure into a new hub for wellness, green power, and great architecture. By reflecting Beloit’s core values in the design, values shared by our team, we will create a model that will bring many benefits to the college, city, and region. This is a project that has the potential to inspire other communities around the globe.”

“Our partnership with Beloit College has taken another important step forward with an agreement on an outline of steps to the potential ownership transfer of the Blackhawk Generation Station,” said Patricia Kampling, Chairman, President and CEO—Alliant Energy. “We share the college’s excitement in the hiring of Studio Gang Architects to transform the riverfront property into a state-of-the-art campus center for its student body, and Alliant Energy is pleased to play a role in this innovative project.”

Does anyone know why the Ford Calumet Environmental Center is not being built?